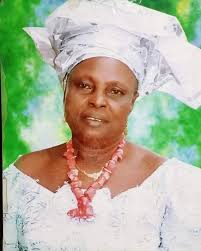 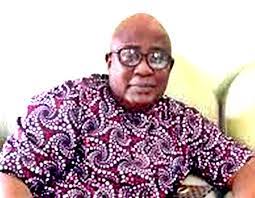 He also commiserated with the Director-General ( DG) of the Warri-Uvwie and Environs Development Agency (WUEDA), Comrade Ovuozourie Macaulay, on the passing of his mother, Mrs Hannah Macaulay, who reportedly died at her Owhelogbo home after a brief illness at 88.

In a statement by his Chief Press Secretary, Mr Olisa Ifeajika, in Asaba, the state capital, Governor Okowa commiserated with Ndokwa people and the Aboh Community in particular, over the demise of the promising politician and the  People’s Democratic Party (PDP) stalwart.

He said that the departed Akozor was a grassroots politician and loyal party man, who did his best in the service to his people.

According to the governor, the deceased was a thoroughbred politician who worked hard to represent the interests of his people in the Board of the DESOPADEC.

He said, “On behalf of the government and people of Delta, I mourn the passing of a gentleman and grassroots- politician, who passed on shockingly, in Asaba on Thursday.”

“The news of his death was shattering. Indeed, Akozor was a gentleman-politician, who distinguished himself in the service of his people as Commissioner representing Ndokwaland on the Board of DESOPADEC.”

“As a member of the board, Akozor demonstrated commitment to the course of development of oil-producing communities in the state with his robust contributions.”

“It is my prayer that God will grant fortitude to his family and the entire Aboh people to bear the loss,” Okowa stated.

Condoling with Macaulay, the governor, in a condolence message by his Chief Press Secretary, Mr Olisa Ifeajika, said the late Mama Macaulay was a great woman who did her best to raise her children responsibly..

He stated that her passing at this time was a great loss to her family, Owhelogbo, Abbi communities and the  Isoko Nation in general.

Okowa urged Macaulay, a former Secretary to the State Government and his siblings to take solace in the fact that their mother lived a life of great accomplishments and left good prints in the sands of time.

“On behalf of the government and people of Delta, I commiserate with my brother and friend, Comrade Ovuozourie Macaulay, on the passing of his beloved mother, Mama Hannah Macaulay.”

“The death of a loved one is usually painful no matter how old, and I urge my dear Comrade and his siblings to take solace in the fact that their mother was a devout Christian who contributed immensely to the growth of the church in her Owhelogbo community.”

“Our prayers are with you and members of your beloved family in this trying times,” Okowa prayed.