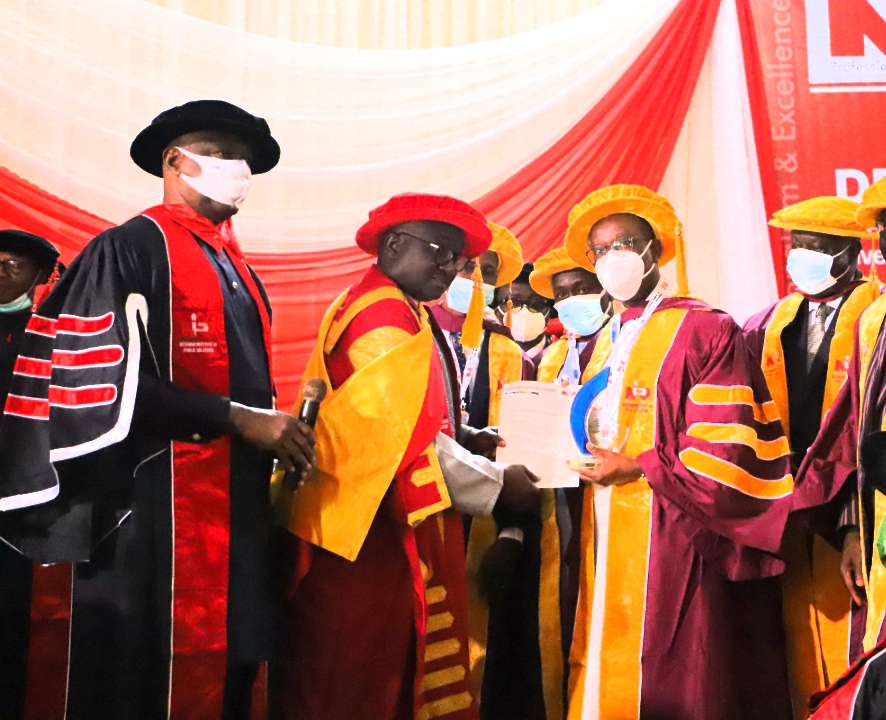 Delta Governor, Dr Ifeanyi Okowa, on Monday, said Nigeria was in need of good leadership that would entrench desired unity, sustainable growth and development currently lacking in the nation.

Okowa made this known at the 2021 Sam Epelle Memorial Gold Paper Lecture organized by the Nigerian Institute of Public Relations (NIPR) at Orchids Hotel, Asaba.

He said the theme of the lecture – “Reinventing Nigeria’s Unity for Global Relevance In the 21st Century: Issues of Identity, Governance and Stability” – was apt as it aimed at making the country better and more relevant in global affairs in the years ahead.

According to the governor, the nation lacks a true national leader with a clear determination and focus to unify the country.

He pointed out that leadership was pivotal to whatever social change that was desired, insisting that “it is the leader that charts and navigates the way for the flock to follow and it is the leader’s action, inaction and body language that dictate the tunes for the dance steps of the public’’.

Okowa said: “there is no doubt that inefficient leadership is the major challenge retarding the growth and sustainable development of Nigeria.

“Having such a unifying person would have been one big leap, because it could have taken care of the most central challenges of our country.

“With a good leader, the country would immensely benefit more from its ethno-religious diversity.”

He stressed that the endowments and resources of the country could not be harnessed and put to full economic use without unity.

Unity, the governor stated, was at the heart of progress, sustainable development and wealth, adding that unity would help Nigerian to harness untapped resources, “create a place called home for our young generation, put Nigeria on global stage for good reasons and inspire a spirit of greatness’’.

“Nigeria needs unity today and always. We can become a better nation if we work together.

“From all indications, bad governance, ethno-religious conflicts and lack of faith in the electoral process, are major causes of disunity in the country.

“The sad reality is that we seem to derive more comfort, protection and security from our ethnic identity.

“The concept of one Nigeria, therefore, is still just a theory. Another factor responsible for our current disunity is the lack of political will to devise a Constitution that supports true federalism,” he said.

He called on the federal and state governments to pay more attention to the engagement of youths as, according to him, an idle mind is the devil’s workshop.

Highpoint of the event was the investiture of the governor as Patron of NIPR.

Earlier, the President and Chairman of NIPR’s Governing Council, Mallam Mukhtar Sirajo, had thanked the governor for hosting the Institute’s annual lecture in Asaba.

While justifying the investiture of Okowa as Patron of the Institute, Sirajo lauded him for the massive dividends of democracy he had bequeathed to the people of Delta in the last six years.

Chairman of the occasion, Mr Emmanuel Ogidi, in his remarks, said as public relations practitioners, members of the institute were expected to proffer solutions to societal problems and help to rebuild the nation.

Chairman of Delta Chapter of the Institute, Chief Patrick Ukah, said the lecture was instituted over a decade ago in honour of Late Dr. Sam Epelle, the founding father of the Institute and that it had become a unique platform to drive conversation and set agenda to resolving critical societal issues.

Ukah, who is Secretary to Delta State Government, stated that the objective of the lecture was to encourage good virtues, citizenship and to ignite a sense of patriotism and optimism among the rising generation of leaders.

Businessman and Chairman of United Nigeria Airlines, Chief Obiora Okonkwo, delivered the annual lecture at the ceremony attended by Chief Judge of Delta, Justice Theresa Diai; President of the state’s Customary Court of Appeal, Justice Patience Elumeze; Ovie of Agbon Kingdom, Ogurimerime Ukori I, among others.

The governor had earlier received the President and members of the Governing Council of NIPR at Government House, where he said that Nigerians were too regimented into ethnic and religious identities and that it had not helped the growth of the country.

“Just about a week ago I was in Lagos at the Ripples Dialogue to talk about the unity of Nigeria.

“I am glad that your topic today is centred on the unity of Nigeria and it shows that your institute understands the nation.

“Talking about the unity of our country is not only about persons in government, but about Nigerians ourselves.

“So this communication will definitely help to build more bridges across the nation because we are better off united but we must continue to talk about it.

“There must be an enabling platform to discuss Nigeria; we must be able to air our voices and we must listen to ourselves and find solutions to our problems,” the governor stated.

He advised Nigerians, particularly elder statesmen, to moderate their comments so that the voices of anger would not tear the country apart.