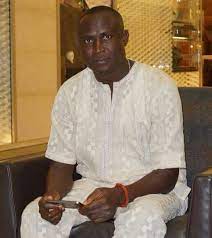 “An attempt by the Uvwie Local Government Deputy Chairman, Mr. Daniel Ighedo and four others to join by motion a suit, instituted against the Delta State Police Commissioner, Mohammed Ari Ali and others, to stop using letters of invitation to harass the Ovie in-council has been dismissed by an Effurun High Court.

The Uvwie Traditional Council had sued the Delta state Police Commissioner to court for sending several letters of  invitation to the Ovie in-council to appear before him in Asaba following an alleged petition by the four persons namely Mr. Daniel Ighedo, a former  LG. Vice Chairman, Newyear Iffie, Moses Terry Ariuruje, Gabriel Ariuruje and Onajite Awinoron.

At the court’s sitting, Justice Ughebario upheld the argument by Chief Victor Otomiewo, representing the Uvwie Traditional Council that the five person had no locus-standi, and that their motion lacked merit as they were meddlesome interlopers in the case.

The court held that the case in court did not concern them and it has nothing to do with the Community liaison Officers (CLO) and they themselves by their own affidavit claimed they were not CLOs but in full employment.

Chief Otomiewo later told journalists that following the affidavit sworn to by the culprits, the community plans to take up the issue of double employment by them contrary to public service regulations. He said the court’s ruling had exposed their illegal activities because they were not well advised by their lawyers.

He pointed out however that because the Uvwie nation and the Ovie in-council was still open to reconciliation with them if called that on September 1, 2021, the Uvwie Traditional Leaders blacklisted and placed a curse on the Uvwie Local Government Vice Chairman, Mr. Daniel Ighedo and four others for allegedly exposing the office of HRM Emmanuel E. Sideso, Abe 1, JP OON, the Ovie of Uvwie Kingdom and the traditional institutions to public ridicule.

The Uvwie people and friends of the Uvwie Kingdom were also told to desist from associating with the culprits to prevent the wrath of the gods from visiting them. The sanction will remain until the affected persons purged themselves traditionally of the allegations against them.

The culprits had opposed the decision of the Uvwie Traditional Council, which was earlier supported by the Delta State Government, that in order to sustain the peace, particularly in Ekpan, the tenures of the position of Community Liasion Officers(CLOs) and Ekpan Development Committee(EDC) should not be more than three years to promote harmony in the community.

They were said to have opposed the decision while some of them, lobbied their friends in the government to overturn government earlier decision on tenure-ship to favour them in complete contempt for the government’s report, headed by  Chief Edwin Uzor (JP), Special Adviser, to the Governor on Peace Building and Conflict Resolution, which declared that “the current community liaison officers (CLO) and community relations committee(CRC) members have served long enough and are given up till  September 30th, 2020 to wind up their activities and accordingly, vacate office on the 30th September 2020. Within this period, the community should appoint replacement for them through the Unuevworo of the various quarters in consonance with the EDC chairman.