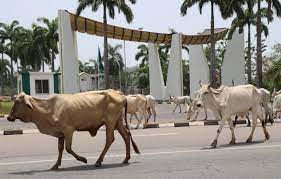 Alhaji Tanimu Yakubu was Special Adviser on Economic Matters to President Umaru Musa Yar’adua. Before becoming one of Nigeria’s best presidents in our leadership-challenged country, Yar’Adua was Governor of Katsina State and TY, as Yakubu is fondly called, was one of his cabinet members for three years from 1999.

When TY was preparing that administration’s first budget in Katsina State, he studied the past trends in the government support for agriculture. He discovered that annually, 80 per-cent of the agriculture budget was allocated for fertilizer procurement.

Given the fact that there are a number of clearly identified necessities of agriculture, he decided to research why fertilizer alone was consuming four-fifths of the agriculture budget.

He appointed consultants to carry out a survey amongst farmers in the state to generate a list of their actual needs; they were 20 items. Then, a second stage of the survey was carried out for the farmers to rank those needs from the most to the least important. The result was shocking. The farmers listed fertilizer as the 13th in their list of their needs! Desertification was ranked number one, extension service, two and market/profitability, three. The farmers did not even identify subsidy as a requisite.

TY did a personal follow up on the  farmers and researchers on why desertification was the primary challenge to agriculture. They affirmed that the major cause of falling farm yield is desertification as it destroys the topsoil.

The findings made TY study in-depth, the desertification phenomenon.  He made public, the result of his findings: “A recurring conclusion drawn from evidences gathered in the field was that OPEN GRAZING was a key factor responsible for destroying 90 per-cent  of the vegetation cover in Northern Nigeria from 1960 to 2000.

If we can help it, this destructive trend that’s making our environment increasingly hostile to all fauna and flora must be arrested and reversed.  It must also not be imported to Southern Nigeria.”

TY has support in the current Katsina State Governor Bello Masari, who has reached the same conclusion but based less on the science and more on the morality of it. He thinks it is ungodly for a person to have cows he cannot feed and allow them eat up the crops of other people: “The herders’ movement is essentially in search of two things: water and fodder.

“If we can provide these two items, why should they move? The roaming about for us is un-Islamic and it is not the best. It is part of the problems we are having today. I don’t support that we should continue with open grazing.”

Masari, as chief security officer of bandit-challenged Katsina State, said most of the bandits are herdsmen: “They are the same people like me, who speak the same language like me, who profess the same religious beliefs like me. So, what we have here on ground are bandits; they are not aliens, they are people we know, they are people that have been living with us for 100 of years.”

But the National Secretary of Miyetti Allah Kautal Hore, Saleh Alhassan, asked Nigerians to ignore the governor: “Did you take that drunkard serious? My governor, do you take him serious? Can’t you see that he is already tired? Records should come from security operatives, not a confused human being…Forget that man, that man is the worst Governor Katsina has had; we are just praying for his time to lapse.”

However, Masari’s position on open grazing is backed by almost all the governors in the country.  The Northern States Governors’ Forum, NSGF, on February 9, 2021, declared: “The current system of herding mainly through open grazing is no longer sustainable, in view of growing urbanisation and population of the country.” The Southern States Governors’ Forum has taken a step further by deciding to legislate against it.

However, there are those stoutly opposed. For instance, the Attorney General and Minister of Justice, Abubakar Malami, submits that banning open grazing “does not align with the provisions of the Constitution; hence it does not hold water. It is about constitutionality within the context of the freedoms expressed in our Constitution. Can you deny the rights of a Nigerian?”

Malami has strong support in Bauchi State Governor, Bala Mohammed, who believes that: “The Fulani man is a global or African person” who has the right to traverse the continent irrespective of borders. He opposes any ban or restriction on open grazing because as far as he is concerned, the country is a no-man’s land: “Nobody owns any forests in Nigeria, it’s owned by Nigeria.”

Mohammed has a strong supporter in one of his predecessors, Isa Yuguda, an economist, business administrator and banker who was managing director and Chief Executive Officer of two banks in the country. He was also Aviation Minister for two years from 2003.

Yuguda argues that: “The Nigerian State has not been fair to these people (herders). When the whiteman came they provided cattle grazing and routes from Maiduguri to Lokoja and Ilorin. These infrastructures were provided by the white people, and today where are the grazing reserves and the cattle routes?”

Yuguda, as an accomplished banker ordinarily, should understand that cattle rearing is business. Secondly, as Bauchi State Governor, he did not show his people the grazing routes he claimed the Whiteman created. As Minister of Aviation he did not differentiate the Nnamdi Azikiwe International Airport, or any airport in the country for that matter, from the grazing routes he claims were created.

Since Abuja has a master plan, I have tried to find out the grazing routes Yuguda and his fellow travelers talk about, and nobody in government is willing to reveal such a heavily guarded secret. I am wondering whether it has to do with claims that the Aso Rock Presidential Villa was not in the original Abuja Master Plan.

What if the Villa is built on a grazing route? Shouldn’t we destroy it to allow cows the freedom of movement? This will be quite interesting because the Supreme Court and the Federal Secretariat are also along the Villa route. We can simply destroy them, secure foreign loans and rebuild them.

But the issue of open grazing has become like an open sore and has claimed lots of lives apart from creating avoidable tension, not because the issues are not clear cut; the fact is that there are people who hope to benefit from the politics.

Thank you Comrade for this piece. One thing is clear about open grazing. It is about “water and fodder” and nothing more. Once you have these in place there would be no need for cattle or sheep roaming around the country. I was a cattle boy before I went to school at a ripe age of 10 years. We used to move these animals from places where there were the two items and sometimes very far from home. When there was no more of these items we migrated with the Fulanis along the tributaries of river Benue.

It is clear that governmental assistance was needed in establishing the ranches like dams for water and for the coffee as these cattle rearers are subsistent farmers. Most of them do not have more than four to 10 cows as they pool their resources together to have what you see with them. They must be assisted like government is doing in the provision of fertilizers and tractors at subsidized rates.

As for Abuja it should be known that the whole area was where cattle were herded before it was named the federal capital. But the government has not created alternative area for them and that is why you still see cattle battling with humans in the streets of Abuja. So we cannot blame them but the government for not doing its work for not providing nor assisting them with alternative places to graze their animals.