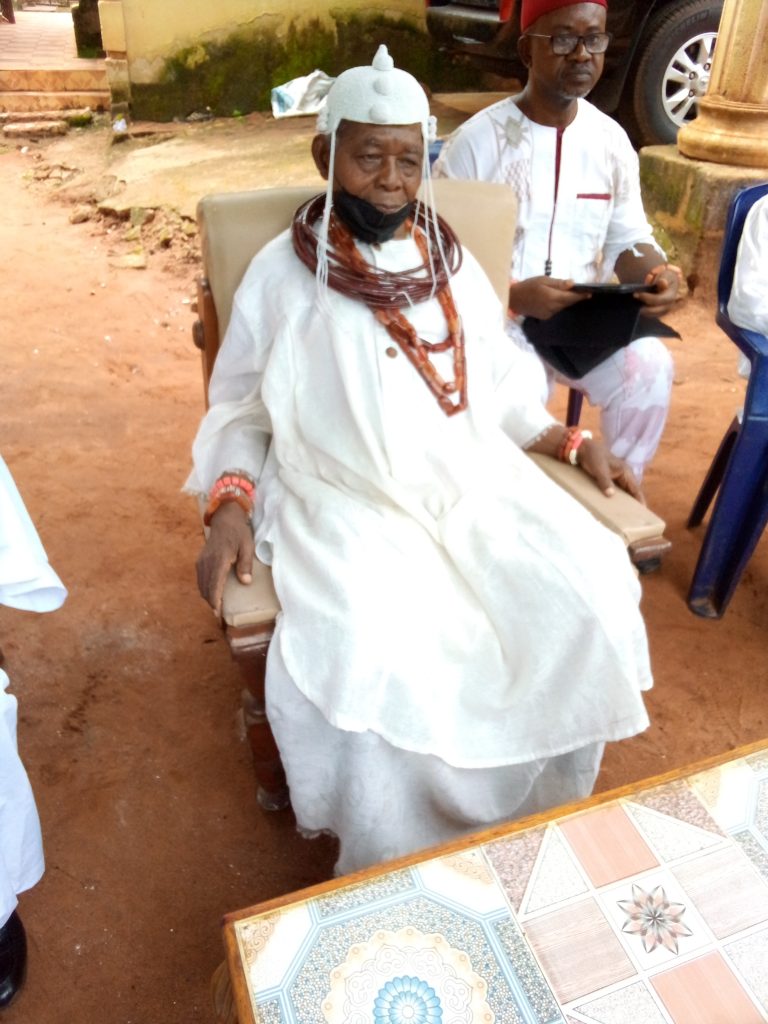 Otulu belongs to Issele-Azagba, not Ogwashi-Uku, Obi Jideuwa cries out

With a jarrying cry, the people of Issele-Azagba in Aniocha North Local Government Area of Delta State have debunked claims that the sleepy Otulu town currently located in Aniocha South belongs to ogwashi-Uku, saying that they will not cede an inch of their land to any town.

The Issele-Azagba monarch, His Royal Majesty, Agbogidi, Obi Francis Jideuwa at a press conference he addressed today, Thursday, September 23, 2021 in his palace to correct unfounded insinuations and claims that Otulu belongs to Ogwashi-Uku said the claim was a lie and that it was nothing of such.

Obi Jideuwa, with who were members of his Obi-in-Council among other prominent sons of Issele-Azagba discounting the claim as a lie said: “Otulu has been a community under Issele-Azagba from time. If you are fighting and it is because you don’t know the story of the town. Otulu belongs to Issele-Azagba; that is what we want the public to know.

“When Otulu market was commissioned in 1990, I was the one who went to receive the military governor then when he came to commission it. There was no other person that came. If Otulu did not belong to Issele-Azagba, why was it that it was only me that was mandated to come for the commissioning ceremony? We from Issele-Azagba were the only ones who welcomed the military governor on the day the market was commissioned, if others owned the place they would have been there, but they were not because it was not their territory,” Obi Jideuwa said.

He said that the problem of Ogwasi-Uku wanting to claim Otulu arose from the politics of local government creation, during which Otulu was carved into Aniocha south Local Government.

Pointing out that it was an anomaly, the Issele-Azagba monarch said Otulu is an enclave of the Issele kingdoms of Issele-Uku, Issele-Mkpitime and Issele-Azagba, all being of the Umu-Ezechime clan.

“Let the government bring Otulu back to Issele-Azagba where they truly belong. We don’t want violence, we want peace; we are peaceful people,” Obi Jideuwa said, adding that: “The movement of Otulu to Aniocha South Local Government political. The secondary school is in our land.”

He called on the government to rein on some traditional rulers who want to expand their kingdoms. “We are not going to cede one inch of our land to any other town. Otulu is in our land and it belongs to Issele-Azagba,” the monarch said.

He also recalled with regret the betrayal of the Isseles, that it was one of sons of the Issele’s who was given charge of Otulu as the Odozoani, a traditional representative who shamelessly sold out to the people of Ogwashi-Uku.

He promised to make the Gazette available to journalists subsequently.