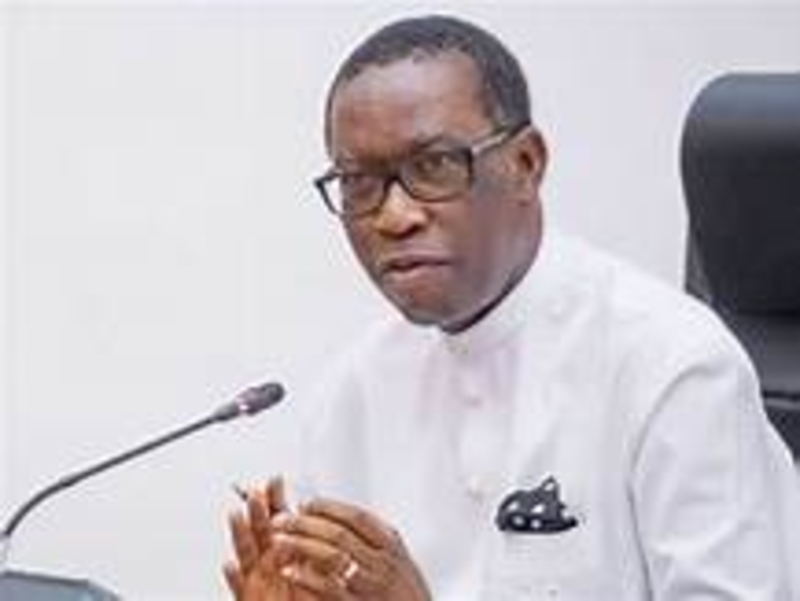 Governor Ifeanyi Okowa of Delta State has sent a proposal to the House of Assembly requesting it to amend the 2021 budget.

The budget amendment proposal was sent in a memo to the Speaker entitled “2021 Supplement Budget”, in which the Governor informed the lawmakers that “the State is currently faced with mounting arrears of unpaid certificates earned by contractors towards completing and achieving significant milestones in respect of the legacy and on-going projects.”

Okowa’s memo further reads: “Permit me to mention that in the course of implementing the 2021 Budget, a performance review which was carried out across an eight-month period  (January-August, 2021), revealed that the actual revenues received for the period January-August, 2021, against the Budget estimates, was less than proposed receipts. The shortfall in the revenue estimates is as a result of drop in cash flow and remittances into the Federation Account from the Nigerian National Petroleum Corporation (NNPC). It was also revealed that first-line deductions to service past-due loan obligations of States, and other multiplier effects of the Covid-19 pandemic on the economy, altered the fiscal plans of the Federal Government and by extension, the State Government, thus affecting negatively the flow of revenue from all sources.

“ Consequently, actual revenues made-up of receipts that are constant on a month-on-month basis (Statutory Revenues, VAT, and IGR), and those that are one-off receipts, such as (Non-Tax Revenue, Aids & Grants, Loans/Capital Receipts and Debt Forgiveness or refunds) fell below the budget estimates, leaving a few funding balance to be met in the  2021 Budget.

“Accordingly, it has become necessary to take a proactive step towards re-ordering and re-prioritizing the 2021 Budget, in order to redirect unspent funds in some Budget Heads to very strategic , critical and urgent plans, projects and programmes in order to finish strong. The proposed amendment will also accommodate the realignment of funds to facilitate payments for the on-going construction works at the nine new Technical Colleges, and various on-going infrastructural development projects undertaken by the State Government.

“It is in consideration of the foregoing, therefore, that the amendments to the Approved 2021 Budget is being proposed for submission to the Honourable House for approval. I wish to stress the point that the adjustment being made, will not in any way increase the size of the budget as earlier approved and appropriated into Law.

“May I further inform the Honourable House that the details of the expenditure lines and votes-of –charge set out for realignment/augmentation, were collated from returns submitted by some Ministries, Departments and Agencies (MDAs) and they amounted to the sum of N15,722,382,324.00 for Recurrent Expenditure and N50,658,948,705.00 for Capital Expenditure as shown in Schedules 1 and 11, respectively.

“In the light of the above, the Honourable Speaker is respectfully requested to cause the proposed 2021 Budget Amendment to be presented to the Honourable House, for consideration and passage into Law for the services of the Delta State Government in the 2021 fiscal year,” Governor Okowa wrote.