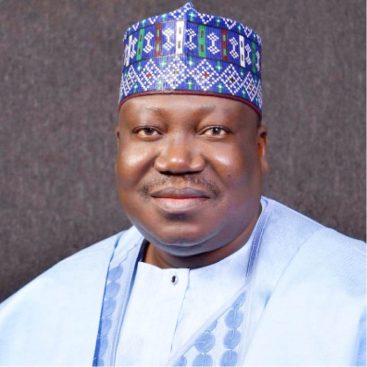 PERSPECTIVE – Educating Nigerians before birth and after death

A STORY trended in the social media on Tuesday, October 5, 2021, the International Teachers Day. On that day, the Senate confirmed the nomination of Alhaji Yahaya Mohammad as a Board Member of the Economic and Financial Crimes Commission, EFCC.

Many Nigerians appeared scandalised that the Senate would clear a man who was born on September 29, 1969 but had started school in 1968; that is the year before he was born.

It was also unsettling for them that the nominee had claimed he attended the Borno Teachers College for thirteen years from 1975.

That means he started his post-primary education at the age of seven and finished the five-year course when he was 20. Simultaneously, he attended the professional College of Administration Studies in 1980 when he was a 12-year old boy. This man clearly, was a child prodigy.

Personally, I see nothing strange in a man beginning primary school before he was born because children are educated before they are born. Otherwise, where would a new born baby have learnt how to cry? Where would it have learnt that when hungry, it should yell for nutrients or breast milk?

It is a well-known fact that for us Nigerians, education is not just life-long, but eternal; it is before birth and after death. That is why it is not uncommon for people to speak to a corpse at the grave side.

They admonish it on various issues, remind it of past or pending matters and generally tell it not to forget the loved ones it has left behind. Sometimes the corpse during burial, is sent on errands; it is told to convey the greetings of the living to deceased loved ones in the land of the dead.

The Yorubas know this better than any other Nigerian nationality. They tell the corpse to continue its education eternally. There is a standard instruction they give the corpse: “When you get to heaven, neither eat millipedes nor worms, rather, eat what is eaten there.” In other words, the deceased is to study the dietary pattern in heaven. It is like saying when in Rome, behave like a Roman.

Although teachers are told their reward is in heaven, they neither teach the unborn nor the dead; they teach only the living on surface earth, and they do a good job doing so. This is why I agree that: “Teachers are the keys that unlock the student’s mind.”

It is also a truism that while: “the architect makes houses, the writer  makes poetry, the scientist makes discoveries, the teacher makes them all.” In other words: “Teachers make all other professions possible.” So: “If there were no teachers, all other professions will not exist.” The point is, if you can read this, thank your teacher.

Teachers Day in Nigeria has become a ritual during which the Presidency plays the role of chief priest casting divination which shows a better future for teachers. This year, two major promises the Buhari administration made to teachers are: an enhanced salary system and extending their retirement age from 60 to 65 years. These are familiar promises; they were the same made during the 2020 Teachers Day.

In fact, the issue of an enhanced teachers’ salary system dates back to 2006 during the Obasanjo administration. It was called the Teachers Salary Scale, TSS. It is similar to the University Salary Scale, USS.

The Yar’Adua administration, 2007-2009, formalised the TSS. Since then, its implementation has been trying to burrow through the bureaucracy underground. So for over a dozen years now, the Jonathan, and now the Buhari administrations on every Teachers Day, make the same promises.

But why are teachers pleased whenever they are teased that their retirement age will be extended? It is poverty. Nigeria has evolved so well that to be a pensioner is to be sentenced to a life of penury. First, it takes eternity for the once-off bulk retirement payment, called gratuity to be paid.

Secondly, pension payment has never been a priority of governments at state and federal  levels. Thirdly, subsequent adjustments to pension in line with continuous currency devaluation, hyper-inflation and  salary increases, are usually not reflected, or reflected very late for pensioners. So the average Nigerian worker lives in fear of retirement.

This is in sharp contrast to their European counterparts who look forward to retirement. I recall during my March 2012  visit to factories like BMW in Germany, there were protests and strikes over the decision of some governments in Europe to increase retirement age by an average two years.

The workers felt they needed more time for holidays and with their families. I reflected that in contrast, Nigerian workers and professionals were clamouring to postpone their retirement as long as possible even if it means tampering with their official records.

In any case, with mass unemployment among young graduates including those with degrees in education, does it not make more sense for teachers to be encouraged to take due retirement and be handsomely rewarded so more employment opportunities can be available for  the young?

Whatever the case, we all need teachers, whether old or young. For instance, teachers are needed to organise refresher courses for the Nigeria Army.

Soldiers in Onitsha had arrested popular actor Chiwetalu Agu for wearing a cloth emblazoned with the defunct Biafra coat of arms. First the army statement announced that it was the “very well-known attire” of the  proscribed Indigenous People of Biafra, IPOB.

This is incorrect because that was the symbol of Biafra from 1967, the same year IPOB founder, Nnamdi Kanu was born. Secondly, various organisations in Eastern Nigeria wear it.  So the army’s conclusion that by the actor wearing such a cloth in his film company bus, amounts to “soliciting” support for IPOB, is illogical.

More to my point. Viral videos showed soldiers pushing the famous actor at gun point, forcing him to the ground, dragging him on the tarred road before finally carrying him like a piece of rag. Yet the army told Nigerians and the world that: “he (Agu) was not assaulted or subjected to brutalisation.”

You see why teachers are needed to explain that brutalisation or assault is to visit physical violence on somebody, which was what soldiers in the video did to the veteran actor. May we never lack teachers in our  lives.