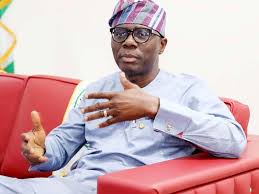 By Raji Rasaq and Olayinka Olawale

The Lagos State Government says it has acquired 750 hectares of farmland at Igbodu in the Epe area of the state for feedlots.

The State Commissioner for Agriculture, Ms Abisola Olusanya, disclosed this on Friday at the official inauguration of the perimeter fencing of farm settlements/estates and agricultural land in the state.

The government also said that it was deploying coconut trees for perimeter fencing in all farms settlements and estates across the state.

The commissioner was represented on the occasion by Dr Rasheed Macaulay, Director, Veterinary Services in the ministry.

She said that the state government was deploying multiple strategies along the up, mid and down streams of the coconut value chain to promote its production, processing, utilisation and commercialisation, for both local and export markets.

She said that the feedlots was under construction and would soon begin operations.

She said that the coconut tree fencing technology was sustainable, environment friendly; serves for security purposes as well as a source of income to the farming business with little or no maintenance cost.

Olusanya said that with a proven technology such as the use of coconut trees for perimeter fencing farm settlements should key into the programme.

She noted that the technology of using coconut trees as perimeter fencing of farms and agricultural lands stemmed from the fact that the resources to fence large expanse of land were highly expensive.

According to the commissioner, the technology involves planting of coconut trees along the perimeter and then stringing barbed wires from one trunk to the other by the third year after planting.

“I am highly delighted to be part of history on this day for the official inauguration of using coconut trees for the perimeter fencing of farm estates, farm settlements and agricultural lands in Lagos State.

“The importance that Lagos State attaches to this crop is evident in the fact that her crest or official emblem is anchored by two coconut trees, thus describing coconut as the tree of Lagos.

“The theme of this year’s World Food Day celebration is  “Our Actions Are Our Future: Better Productivity, Better Nutrition and Better Environment for a Better Life”,  she said.

She said that this speaks more to the coconut value chain sub-sector of agriculture than any other one.

“By nature, it is a crop of the future. Even with the technology available, the minimum gestation period is between three and five years with the ability to continue fruiting for more than 80 years after planting.

“In addition, mixing coconut value chain with any other farming activities like livestock, fisheries or other crops or planting is solely ornamental.

“The purpose is generally considered as one of the ways to create wealth and generate employment thus making room for optimal utilisation of resources,” she said.

Olusanya said that for the coconut value chain to fully unleash its potential the state is collaborating with the UN Food and Agricultural Organisation (FAO) through a Unilateral Trust Fund (UTF) arrangement.

According to her, the collaboration is for the value chain to contribute to the sustainable development of the state in terms of wealth creation, health benefits and mitigation of climate change.

She noted that the implementation of the inception or value chain analysis would commence by the first week of November 2021.

She added that the outcome was expected to give birth to directional, specific and coordinated interventions in coconut value chain by FAO, UNIDO and other international development agencies that have shown interest in the sector.

She urged operators of farm estates, settlements and agricultural lands across the state to employ this technology and take the opportunity of subsidised coconut seedlings for this purpose.

“Just as we are well aware of the nutritional importance of coconut, it is also important to note that coconut trees play a big role in mitigating the impacts of climate change and global warming.

“Coconut trees are natural wind breakers and to reduce erosion.

“Thus, coconut speaks well to productivity, nutrition and environment for a better life than other agricultural value chains,’’ she said.

Olusanya said that this occasion, therefore, served as a timely wakeup call and an opportunity to plant coconut trees as much as space permits so as to achieve the objective of 10 million active coconut trees from now till 2026.

“There is no better place to start this campaign than within existing farm settlements and estates and agricultural lands in the state with a proven technology such as the use of coconut trees for perimeter fencing.

“In order to encourage the operators of farm settlements/estates and agricultural lands to embrace this technology, the Lagos State Coconut Development Authority (LASCODA) has been directed to make the seedlings available at subsidised rates,” she said. (NAN)