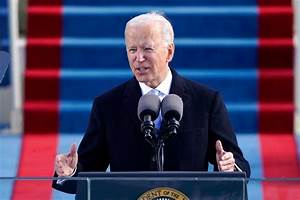 THE little veiled call by Mrs. Nikky Nimrata Haley, former United States Ambassador to the United Nations that China should be attacked for not obeying her country’s unilateral sanctions against Iran, and the abduction of Venezuelan Special Envoy, Alex Saab for the same reason, are unsettling. They are a reminder of the anarchism that prevailed in the 1865-1895 ‘Wild, Wild West’ of American history.

On July 14, 2015, the US, France, Russia, United Kingdom, China and Germany signed the Joint Comprehensive Plan of Action, JCPOA, with Iran under which the latter would curb its nuclear programme.

In return, the American, European and  the United Nations, UN, sanctions on Iran were to be eased. Six days later, the UN  Security Council unanimously passed Resolution 2231 endorsing this agreement.

On January 16, 2016, the International Atomic Energy Agency,  IAEA verified that Iran has kept its side of the agreement. However, on December 1, 2016 the American Congress extended the Iran Sanctions Act, ISA, by ten years.

Then on May 18, 2018 the US abandoned the multilateral Iran Nuclear Agreement. The sanctions on Iran are unilateral US decisions, but America  insists they must be obeyed by all countries and human beings.

So when on June 13, 2020 a private aircraft carrying Alex Saab, a Venezuelan Special Envoy who was on his way to buy food and medicines from Iran, made a refuel stopover in Cape Verde, America coerced that country to seize him.

The claim by the Americans is that since doing business with Iran amounts to a violation of its sanctions, Saab is involved in money laundering.

Mr. Saab had not violated any law in Cape Verde, had diplomatic immunity, there was no INTERPOL Order on him, and America and Cape Verde had no extradition treaty, so there was no basis detaining him. He sued Cape Verde in the regional Economic Community of West African States, ECOWAS Court.

The court ruled that Saab’s detention is illegal, ordered the extradition process initiated under American request, be terminated immediately and that Cape Verde should pay him US$200,000 compensation. But the latter refused to obey the regional court judgement.

The UN Human Rights Commission on June 8, 2021 demanded that Saab be freed and allowed to seek medical help for his cancer ailment. This was ignored.

The African Bar Association  on September 28, 2021 weighed in demanding that the ECOWAS judgement be obeyed and that neither America nor any other country should be allowed to disobey the rule of law in Africa.

This was ignored. The Constitutional Court in Cape Verde then ruled that Saab be delivered to the Americans. On Saturday, October 16, 2021, the US flew him to its territory, an hostage to be subjected to a kangaroo trial.

The Americans had tried a similar tactics on Mrs. Meng Wanzhou, the Chief Financial Officer of the Chinese Huawei Technologies. It had similarly accused her of doing business with Iran and got Canada to seize her on December 1, 2018.

But China retaliated by seizing two Canadians and putting them on trial. A stalemate followed forcing America on September 24, 2021 to withdraw its extradition request. This gave Canada the face-saving leeway to free Meng while the Chinese in return, freed the Canadians.

Haley in her October 19, 2021 Washington Post opinion titled “If Biden won’t fight China’s importing of Iranian oil, Congress should” demanded that trade between China and Iran must be stopped. She argued that: “Every barrel of Iranian oil offloaded in Chinese ports is a violation of sanctions the United States put in place to starve revenue from Iranian terror and its nuclear programme.”

She lamented that: “Iran and China have recently taken their alliance a step further. Last year, they finalised a ‘strategic partnership’ that commits Beijing to investing $400 billion in Iran over 25 years. In exchange, China will get long-term access to discounted Iranian crude supplies and deepen its presence in Iran’s ports, railways, telecommunications and elsewhere.”

So how does an agreement on legitimate trade between two sovereign countries become a crime? But the influential American politician whose parents migrated from India, thinks it is a crime, and roars: “Instead of foolishly trusting in diplomacy, the Biden administration should make it more difficult for Iranian oil to leave for China.”

Haley concluded: “The president may prefer negotiations, but they have only emboldened those who wish America ill. National security is non-negotiable.” The type of anarchism Haley is suggesting, was displayed in July, 2020 when the US made moves to seize four vessels carrying Iranian fuel to Venezuela  based on the strange excuse that the Iranian government was stealing Iranian oil!

America has also been involved in criminal acts like extraordinary rendition, which is the abduction of persons  in various countries, torturing and dehumanising them outside the US or any of its facilities because the dehumanisation process will violate American laws. So what sense does it make for American soldiers and security to be empowered to commit such criminalities and be shielded from the law?

Sometimes, it was a case of mistaken identity. This was the case of Mr. El-Massri a German citizen of Lebanese origin who was abducted on December 31, 2003 at the German-Macedonia border, tortured in that country and later transported in an unconscious state, only to find himself in Afghanistan where his torture continued.

The Americans later realised it was a case of mistaken identity. But rather than apologise, free and return him home, they simply bundled him into an aircraft on May 28, 2004 and abandoned him in a strange place.

When he walked along the road, he found himself at the Albanian border. The European Court of Human Rights awarded him 60,000 Euros against Macedonia, the country that had given the Americans the facilities to detain and torture him.

The American establishment has the delusion that it is the world. It, therefore, assumes that when the United States has headache, the world is sick; when it snores, the universe must be wake and when it stirs, the world must jump up.

It assumes that the only adult in the world is America, so it tells other countries who their friends and enemies are, who they can trade with; who they can dialogue with and who they should crush.

It assumes it is the only entity that can define terrorism and decide who is a terrorist; who to put on ‘the terror watch list’ and who to remove.

In Africa, when children make an animal skin drum from the hides of  cows, goats or other livestock, the elders caution them not to beat it too loudly else the drum goes burst; the United States is beating its skin drum too loudly, it may go burst.