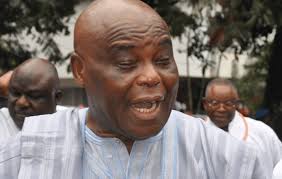 Today’s piece was about 95 per cent drafted when I chanced on the 70th birthday outings for High Chief Raymond Aleogho Dokpesi on the African Independent Television (AIT) on October 21, 2021.

So, CONGRATULATIONS to the “Media mogul” for attaining the Platinum milestone, capped with pomp and ceremony that’s graced by many “Who is Who” in Nigeria from all walks of life.

The array of dignitaries, exchange of pleasantries and events that marked the moment shows that Dr Dokpesi, Ph.D., isn’t just a member of the Peoples Democratic Party (PDP), but a man that straddles Nigeria’s socio-political, economic and cultural spheres.

Also, it’s not for nothing that he’s epithets “Chairman Emeritus of DAAR Communications Plc,” a conglomerate that pioneered private radio, television and satellite broadcasting in Nigeria and beyond.

The “Emeritus” label depicts both Dokpesi’s status of “firsts” in private broadcasting, and the immense power packed in a media personality to influence happenings in the polity. Hence in liberalizing broadcasting, the Gen. Ibrahim Babangida regime, realising the power of the media, promulgated Decree 38 of 1992, creating the National Broadcasting Commission (NBC), to monitor and regulate broadcasting on a national basis, even as the junta strove to insulate licensees from politics, for a 10-year moratorium that Dokpesi and his media empire observed.

But in the lead-up to the 2015 general election, and in the 2019 cycle, the DAAR flagships, AIT and Raypower 100.5 FM, launched in 1994, yielded their platforms to the murky waters of politics.

Against this background, Dokpesi’s comments on the “no show” for the South-East in the 2023 presidency have, like a hot knife carving through butter, inflicted the deepest cut yet on the Igbo aspiration.

Let’s get a handle on Dokpesi’s quotable quotes, to comprehend the import of his commentary on the Igbo and the jostle by Nigeria’s geopolitical blocs for the 2023 presidency. His words:

“I have publicly come out to support and call on a Southeastern presidential candidate in the recent past, but the emergence of IPOB and its influence across the South-East has complicated and undermined the agitation for patriotic Nigerians of Igbo extraction to lead this nation as far as the 2023 election is concerned.

“If nobody has told Ohanaeze Ndigbo before, the concern today from some other regions is that if Nnamdi Kanu plays the role of Aguiyi Ironsi in leading a militant revolt against constitutional government in the South-East under Igbo presidency, the president will be pressured by his base to facilitate the UN processes for the South-East to call for independence from Nigeria.

“Thus an Igbo President may be compromised in protecting the political and geographic boundaries of Nigeria whilst Nigeria remains under the threat of IPOB’s secessionist activities.

“… where prominent leaders express such concerns based on the similarities of our history and contemporary circumstances, it indicates to me that the South-East is not trusted with the Presidency in 2023.

“It indicates to me that the leaders of the South-East have not done enough before now in dealing with and addressing the challenge that IPOB poses to their aspirations in leading Nigeria.

“Why and what to do to change this narrative is a question for leaders and politicians from the South-East to determine but you can see and understand why we in the Peoples Democratic Party (PDP) must take a realistic, pragmatic and strategic approach towards supporting the North-East for the presidency in 2023.

“In Atiku Abubakar, the South-East not only has a friend and a detribalised Nigerian who understands the pains, frustrations as genuine aspirations of the people of the South-East but also is a believer in the restructuring of Nigeria…

“By supporting Atiku Abubakar from the North-East to victory in 2023, the rotation of power across Nigeria will have come full cycle and I believe that the agitation for a South-East presidency will be better accepted and appreciated by the incumbency and other regions in subsequent elections after 2023.

“So taken in totality, I do not intend to offend the South-East or any of its eminent sons who are more than qualified to lead this nation. The South-South and South-East regions have… produced PDP presidents in the fourth republic, so we have had 14 years in the presidency, while the North has only had 2-years under PDP.

“The nomination of President Goodluck Jonathan at the 2014 PDP Presidential Convention weakened our support in the North and ultimately led to the APC and President Buhari taking over government in 2015. We need to retrace our steps as a party.

“… It is unfair but neither the South-South nor the South-East nor the North-East has the votes combined to determine the presidency on their own. We have to negotiate with other regions…

“We need to consolidate our base in the South-South and South-East and… reach out across other regions, presenting a detribalised Nigerian… accepted and trusted to build the best ‘all-star’… team… without carrying the baggage of IPOB undermining their credibility.”

Dokpesi has a right to express his opinion without linking the Igbo presidential hope to the secession bid of outlawed Indigenous People of Biafra (IPOB) and its leader, Mazi Nnamdi Kanu, who’s in custody over charges of treasonable felony and terrorism.

With that complete takedown, Dokpesi has passed a “collective guilt” on the South-East people, most of whom haven’t shown, by words or actions, that they support IPOB’s activities.

If anything, resistance by the Igbo to the actualisation of Biafra is only subsumed by fear of physical intimidation by IPOB’s hardcore vanguards, as recent events have shown in the South-East.

To soil Igbo’s chances in 2023, Dokpesi alleges that Nigeria’s first military Head of State, General JTU Aguiyi-Ironsi, led a “militant revolt against constitutional government,” and predicts a similar revolt by Kanu “in the South-East under Igbo presidency.”

Dokpesi mistook Aguiyi-Ironsi for Lt. Colonel Odumegwu-Ojukwu, who declared a State of Biafra on May 30, 1967, after Aguiyi-Ironsi’s death in a counter-coup on July 29, 1966, in which Lt. Colonel Yakubu Gowon emerged as Head of State on August 1, 1966.

So, Dokpesi’s comments are an exhibition of scaremongering, to portray the Igbo as having links with IPOB’s campaigns, which should disqualify the entire race from Nigeria’s presidency.

That if Igbo assume the position in 2023, the IPOB may pressurise the President of Igbo extraction to deploy the instruments of the office to facilitate the emergence of a Republic of Biafra.

Surely, Dokpesi’s scenario is painted for a section of the country, whose leaders are undisguisedly averse to power going to the South-East, but haven’t put the Dokpesi fear of the devil into it.

As he speaks on the pedestal of the PDP, Dokpesi has established several markers of “don’ts” that call for consideration of the party leadership, as regards the 2023 presidential race. They include:

And in awarding the PDP ticket to North-East, Dokpesi didn’t hide his preferential candidate in former Vice President and candidate of the party in the 2019 elections, Alhaji Atiku Abubakar (GCON).

If Atiku is the commodity Dokpesi wants to market to the PDP for 2023, why not accomplish the task seamlessly without dragging the Igbo in the mud, and de-marketing their presidential hope?

In closing, Dokpesi pleads: “Don’t shoot me, I’m just a messenger.” Indeed, a messenger of bad tidings that unconscionably shoots down the aspiration of the Igbo of South-East to rule Nigeria from 2023!