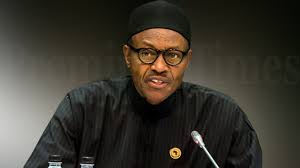 The Buhari government shot itself in the foot by its ill-advised, speculative and presumptuous press conference on October 20, 2021 marking one year of the EndSARS protests against police brutality.

The protests in which the government confirmed a number of people including six soldiers and 37 policemen were killed, some injured and property destroyed, could not surely have been an happy event. Yet the government chooses to handle what should be a solemn affair in a cavalier manner.

The government’s address to the nation was full of taunts. For instance, in response to claims that people were killed at the Lekki Tollgate on October 20, 2020, it retorted: “Where are the families of those who were reportedly killed at the toll gate? Did they show up at the Judicial Panel of Inquiry?”

Continuing its jibes, it dismissed reports that people were killed at the tollgate as the claims of: “an unidentified mother whose son was reportedly shot dead at Lekki (and) the tales by the moonlight by Amnesty International, CNN, a runaway DJ and their ilk.”

The government said its press conference was to mark: “The first anniversary of the phantom massacre at Lekki Toll Gate in Lagos.” If it was a “phantom massacre” why is government celebrating it? The word ‘anniversary’ in contrast to commemoration, connotes more of a celebration or extolling an event; it relates more to happiness, than sadness or tragic events.

More substantially, government claimed that: “The military did not shoot at protesters at the Lekki Toll Gate on October 20, 2020, and there was no massacre at the toll gate.” These claims are not based on verifiable facts.

Even in the text of its press conference, government inadvertently confirmed shootings at the tollgate when it quoted approvingly what it claimed are the testimony of ballistic experts before the Judicial Panel of Inquiry in Lagos: “The Team finds that from the medical data examined, including the timeline of arrival at medical facility and the nature of the injuries sustained by the victims, who were taken to the five medical facilities, that no military grade live ammunition (high-velocity) was fired at the protesters at Lekki Tollgate on October 20, 2020, within the time frame of reference (18.30-20.34hrs).”

This government statement confirmed there were shootings at the tollgate; that victims with gunshot wounds were taken to five hospitals but claims the bullets were not “military grade” Has this claim been confirmed or did the victims shoot themselves?

Unfortunately, it is difficult to believe this government claims about the grade of the bullets because for at least one week after the shootings, it vehemently denied Nigerian soldiers were even in the vicinity of the crime not to talk of shooting.

For instance, the Nigerian Army in its verified official Twitter handle @HQNigerianArmy, within hours of the Lekki shootings, made six denials. It asked people to: “Beware of fake news,” described the reports as: “False and misleading” and infamously declared: “No soldiers were at the scene.”

The Army spokesperson, Brigadier General Sagir Musa, told the press that protest is of a civil nature and the army had nothing to do with the attack. Finally, on October 27, 2020, that is after seven days of denials, the Army admitted that it deployed men to the tollgate; so the soldiers were not fake. However, Osoba Olaniyi, a spokesperson of the army’s 82 Division in Lagos,  insisted that soldiers deployed: “did not shoot at any civilian” during the protest.

Two days later, Sani Usman, former spokesman of the Nigerian Army, admitted soldiers  deployed to the tollgate that evening fired shots but that they were blank bullets – not live bullets. Brigadier General Ahmed Taiwo, on November 14, 2020 admitted at the Lagos State Panel that the soldiers were armed as they could not have deployed to quell the protests using “catapults.”

So, if the government and the army had gone to such great lengths to cover the presence of soldiers at Lekki, I am not about to be convinced that: “military grade” bullets were not used.

Also, government did not do justice to itself by quoting approvingly, a useless American State Department Report which stated that: “On October 20 (2020), members of the security forces enforced curfew by firing shots into the air to disperse protesters, who had gathered at the Lekki Toll Gate…”

Even by the government’s timeline, the shootings were between: “18.30-20.34hrs” whereas the curfew was from 21.00 hours. So how could the army have been enforcing a curfew that had not commenced?

But most vital in all these is the fact that the Federal Government did not conduct an inquiry into the Lekki Tollgate shootings, if it did, it would have made public its White Paper. The only inquiry is the Lagos State Judicial Panel. That body, chaired by Justice Doris Okuwobi ended its sitting on Monday October 18, 2021 and informed the public that its report: “is being prepared.”

Justice Okuwobi clarified that: “The two reports to be submitted by the panel to Lagos State Government are on investigation on the October 20, 2020 Lekki Toll Gate shootings during the #EndSARS protests hijacked by hoodlums and, petitions on several abuses and killings by the Nigerian police, especially the disbanded SARS.”

She also stated clearly that: “In line with the laws setting up the judicial panel, the government will make its findings and recommendations available to members of the public.”

There was a public holiday the next day, followed by the Federal Government’s press conference in which it did not list Lagos State among those from which it had received reports. Indeed, given the time line I gave above, that would have been impossible.

This means that the Buhari Government’s claims on the events at the Lekki Tollgate including the shootings, are not based on findings of fact. They are at best, speculative. So, why is the government anxious to spread speculative reports among the Nigerian people? Why would it not wait for the report of the Lagos Judicial Panel? This is all so untidy.

The epidemic of extortion, detention and killing of Nigerians since the protests, give the impression that the police had merely gone on recess during the protests and is back to its old ways. In the EndSARS protests, the police was like a prostitute that went on a religious pilgrimage, sought spiritual forgiveness, claimed it has become a new creation and vowed it would shun  its old ways, only to return to them.

What the Buhari Government needed to do after one year of the protests with the wounds still fresh, was not to exhibit a sense of triumphalism but of empathy, sobriety and deep reflection because a people who don’t learn from yesterday, endanger tomorrow.