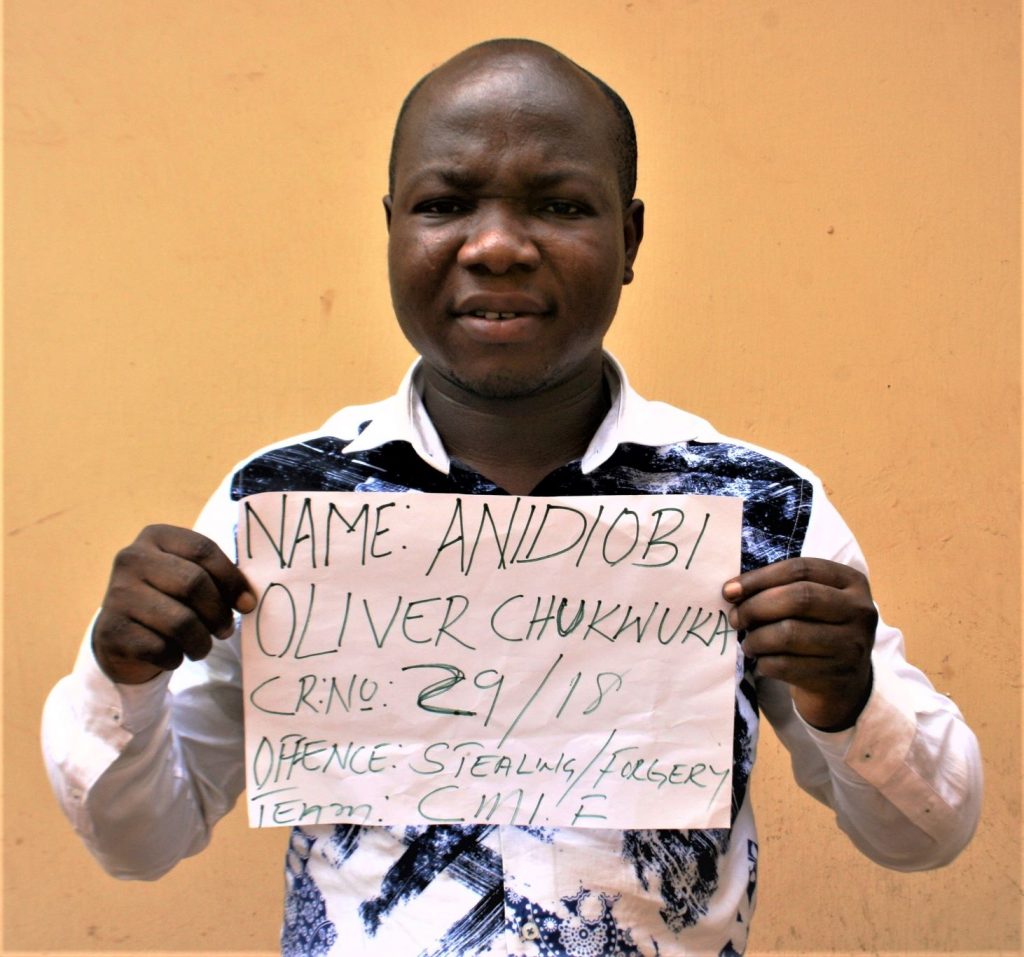 The Economic and Financial Crimes Commission, EFCC, Enugu Zonal Command has disclosed that it has secured the conviction of a former manager with Sterling Bank and Account Relationship Officer of OHHA Microfinance Bank. Mr Oliver Anidiobi before Justice C.O Ajah of the Enugu State High Court, Enugu on  a 32-count charge bordering on forgery and stealing  to the tune of N219million.

This is contained in a statement to this effect by EFCC’s Head of Media and Publicity, Wilson Uwujaren, saying that the convict who was arraigned on Tuesday May, 7, 2019 allegedly used his position to convince the micro-finance bank to deposit the said sum through him.

The statement reads further: “He proceeded to fix the money in a fixed deposit account and forged a deposit certificate to deceive the microfinance bank, while he diverted the funds for personal use.

“With the money, he built a block of 5 flats, acquired several plots of land along the Enugu Port-Harcourt Expressway, an uncompleted four bedroom bungalow at Centenary Estate, Enugu and also made an investment  of N65 million in a Ponzi Scheme called “Let’s Partner with You” owned by one Mr. Patrick Nwokike.

“In the course of his trial, the prosecution counsel Michael Ani, presented 5 witnesses and tendered 75 exhibits while the defendant testified for himself.

“The Judge today held that “the accused person did not deny nor challenge the allegations made by the EFCC. Any evidence not challenged is admitted as true. I am duty bound to establish the evidence presented by the prosecution. The evidence is strong and compelling to grant conviction.”

“An estate valuer is to evaluate the defendant’s properties at his village, Centenary city, Enugu and Premier Layout, New Artisan, Enugu; to help determine their values so that they can be sold and the proceeds paid in restitution to OHHA microfinance bank.”