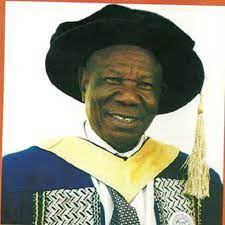 Ekoko, a former commissioner for Education and an erstwhile Sole Administrator of Delta State University, Abraka (DELSU), during the military era, died at the weekend at the age of 79.

In a condolence statement issued in Asaba, Macaulay lamented the passing on of the historian who made his mark at DELSU noting that he contributed his quota to the growth and development of the State, and Isoko in particular.

“Even at his age, Prof. Ekoko’s death is still a great loss to the State and we the Isoko. He was a major pillar in the History Department at DELSU.

“His wealth of knowledge was brought to bear as a member of the National Boundary Commission and in the resolution of boundary issues in the State particularly the Ogbe Ijaw / Aladja land dispute. We will surely miss him.”

Macaulay prayed to God Almighty to grant the deceased eternal rest as well as give the family, the friends and the Isoko, the fortitude to bear the loss.