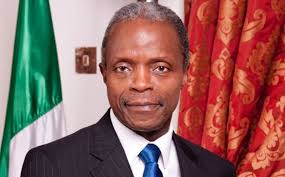 The main challenge of a satirist is that he’s either constantly being misunderstood or unwittingly misleads his audience when he makes too much fun of a serious matter. Mr Rudolf Ogoo Okonkwo is a prolific Nigerian satirist who also teaches Contemporary African Diaspora Literature at the School of Visual Arts in New York. He is the host of ‘’Dr. Damages Show’’ on Sahara TV. Rudolf models himself after the well-known Russian political satirist, Vasily Grigoryev, whose series, Puppets, is a major hit on Russian TV on Saturdays. Puppets itself was inspired by the 1980s-90s British show, Spitting Image.

At the turn of this century when our democracy was just budding, Rudolf kicked off a career of lampooning our politicians in his show. His caricatures were well received, and I was particularly fond of them for years until he started crossing the line and Sahara Reporters and TV became notorious for disseminating fake, libelous and sensational reporting. While Rudolf, a long standing journalist, was well aware of these excesses he chose to ignore it for some reasons.

Early last week, I read a long essay written by Rudolf titled ‘How to avoid being sued by Vice Presidient Yemi Osinbajo’ which was essentially a parody of a letter earlier issued  by one of Professor Yemi Osinbajo’s lawyers, Ebun-Olu Adegboruwa, SAN.

The learned senior advocate had warned the public against broadcasting certain defamatory posts which were clearly maligning the VP in respect of the 21-storey building that collapsed in Ikoyi, Lagos. Mr Adegboruwa wrote ‘’in law, liability for libelous publications is not limited to the original author or publisher thereof, but it also extends to and includes all those, who out of sheer ignorance, mischief or malice, or all, cause any libelous publication to be repeated, reposted, or republished, either personally or through any platform for which he or she has control’’.

But in his article, Rudolf chose to make a mockery of Adegboruwa’s warning just to belittle the very critical import of the letter. Since 2015, Professor Osinbajo has become one of the most maligned, defamed and abused senior official of the Buhari administration. There is no single month in which an insulting or denigrating or malicious article is not written against him. Last year, I was so alarmed by these spurious publications that I had to write a rebuttal against one serial defamer called Jackson Ude who had made the most ridiculous accusation against the professor.

It is for this reason also that I will not let Rudolf’s drivel slide. Rudolf had written: ‘’The Vice President is planning to sue you because you shared a news story about him on your facebook page… The big story today is that you are now on the Vice President’s list of people to sue. Lucky you. You better buckle up. You better start looking for a lawyer. You better learn how to write a proper letter of apology and be ready to publish it on the front pages of two national newspapers…’’. How silly!

The point is that the VP’s lawyer could not have meant that the VP is going after everyone. Rather, Mr. Adegboruwa, himself an active public intellectual is putting out a warning against people who are writing and publishing libel against his client. But the Senior Advocate did well to alert those who might have been innocently circulating libel unaware of the liability associated with that. It is important that they understand the implications of distributing such defamatory publications.

In a way, Adegboruwa was actually offering a free legal advice to the public on matters of liability for a libel publication. A lot of people might not have known that by merely forwarding a libelous post from one platform to another, you are as guilty as the man who wrote it originally. It is therefore unfortunate that Rudolf has chosen to make light of such important matter by embellishing the lawyer’s advisory with mischief and sarcasm. I am told that Rudolf himself once engaged in a fierce battle to defend his reputation sometimes in the US in similar circumstances and here he is trying to make jest of another man doing his legal best to protect himself.

Knowing Professor Osinbajo as we all do, it is safe to say that only the guilty need to be afraid! This Vice President will not go after anybody who makes a fair comment about him or the work he is doing. There is no way you are Nigeria’s VP that you won’t welcome criticisms, especially this current one.

But what we have here is that Prof Osinbajo has been a target of smear campaign for years now, and I believe that they’re all or mostly politically motivated. Every politician has come to see the VP as a potential successor to President Buhari. The VP is therefore a threat to many ambitious presidential hopefuls whose important assignment therefore is to destroy the VP.  These malicious political pretenders believe that the field would be wide open once the VP is pummeled to the ground, and there is no easier route to achieving this, according to their game plan, than to generate thousands of malevolent fabrications daily. Here is where Rudolf risks his own reputation if he allows himself to be an agent of such perfidy.

It is the height of satanic meanness to subject an innocent soul to such a constant stream of nasty and ill-conceived attacks, based often times on outrightly false premises. Over the years, some of these writers have actually retraced their steps and rendered apologies to the professor. I am aware that Cool FM and its sister radio stations, Vanguard newspaper, BusinessDay, Sun newspaper, and a few others have either written to the VP to apologize or have published the apologies prominently. I have copies of those publications.

But it would seem that these apologies are not enough deterrents to others. The Sahara Reporter’s story early November that the the VP owns the land on which the collapsed Ikoyi property was built has been one of the most harrowing lies written about Prof Osinbajo. To say the man must have been traumatized is to understate the matter. The VP had denied ever owning a property in Ikoyi, and had stated that all his assets were publicly declared on his inauguration into office as VP. It is also notable that Chief Michael Ade Ojo, the wealthy Lagos businessman whom SR claimed sold the property to the VP had equally debunked the publication.

It is, therefore, unfortunate that Rudolf’s satire is in a way an endorsement of what has become the tyranny of those who think that once someone is in public service, he could become an endless butt of smear campaigns. And they must have no chance to seek a redress. If they do, any such attempt to get protection allowed under law is misinterpreted in a way to further smear the public servant. It is on this note that I wish to alert Rudolf (not exactly the red-nosed reindeer that leads others in the well known Christmas story) and other Nigerians that the VP may well mean business this time; and it is only the guilty ones that would go in for it.

Elsewhere in the globe, satirists use their skills to highlight the ills of the society. They don’t seek to demean or insult people. In some cases, the audiences notice their works and reward their creativity. In 2019, a Ukranian TV comedian and satirist, Volodymyr Zelensky, was unanimously elected President of his country. His popularity stemmed from the deep lessons implicit in his shows.

But in our case here, Rudolf Okonkwo is seeking to use satire to silence a man who has been lied against despicably. So the VP should just sit back and permit an horrendous assault on his reputation? Even Rudolf that we all know won’t tolerate such nonsense!