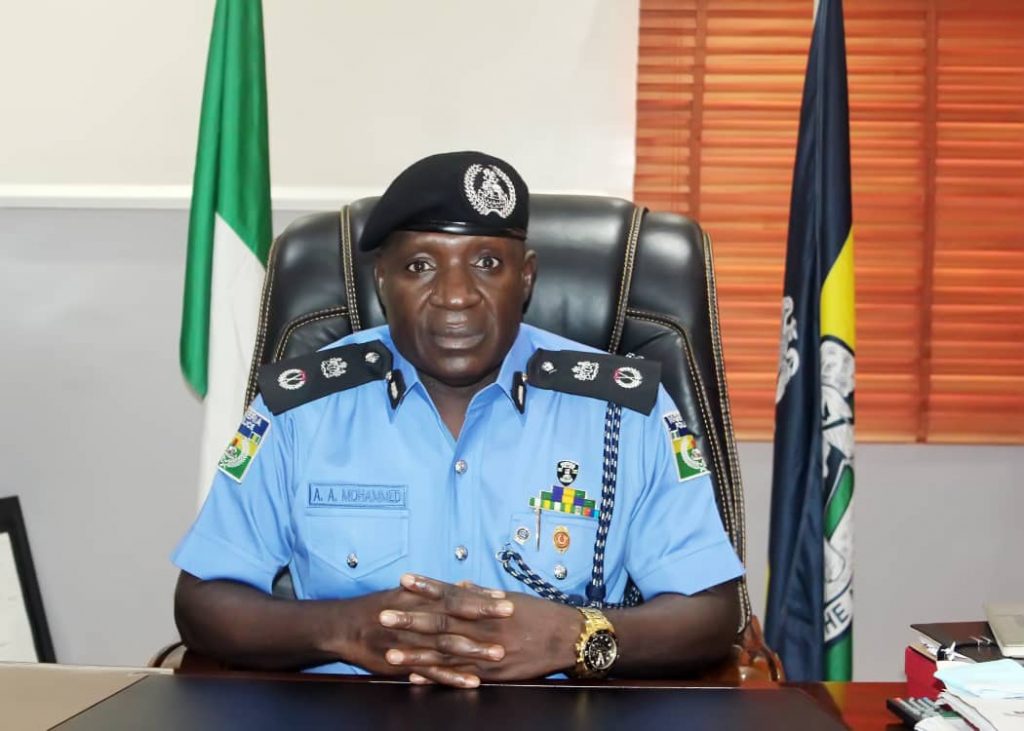 All officers and men of Delta State Police Command have been placed on alert with a directive to rid their areas of responsibility of criminals through effective policing.

The Commissioner of Police in charge of the command, CP Ari Muhammed Ali who gave the order said patrol teams have been deployed to the highways with a view to
seeing that Travelers travel without fear, and to ensure safety on the
highways.

A statement by the Police Public Relations Officer, DSP Bright Edafe, said CP Ali while appreciating efforts of officers and men of the Command, the state government and members of the public for their support in tackling the security
challenges in the state, said the relentless effort of the Command has again paid off with success stories in the fight against criminals in the last three days.

The statement reads: “On  15/11/21  at about 0700hrs, information got to the DPO Ekpan Police Station that a young man (name withheld)  of refinery  road
Ekpan  was being robbed by a gang of two suspected armed robbers. The
incidence occurred on same date while the victim and his younger
brother were going to work. The DPO Ekpan quickly detailed operatives
to the area. The team on getting to the scene  engaged the robbers in
a gun duel along NPA express way by Niger Cat  Ekpan,  one of the
robbers escaped   while the other suspect named Ovie Maxwell 25 years
old of Ekpan community was arrested and one locally made gun  with two
live cartridges  were recovered from him. Manhunt for the fleeing
suspect is ongoing.

On the 14/11/2021  at about 1936hrs, acting on information received
that hoodlums numbering about five (5) on army camouflage uniform
armed with AK 47 rifles  came out of the bush at Idu roundabout along
Ozoro/ Ughelli expressway opened fire on one Toyota Seinna with Reg.
No. SMK 185 FU conveying passengers from Ozoro to Ughelli. The
hoodlums abducted  eleven (11) passengers. The DPO Oleh Division SP
Paul Oboware mobilized and led a combined team of Police patrol teams,
vigilante and hunters to the scene. They condoned off and combed the
surrounding bushes relentlessly which made the area uncomfortable for
the hoodlums. Consequently, the suspected Kidnappers abandoned the
eleven (11) victims and fled. The Eleven kidnapped victims were
rescued unhurt and the vehicle recovered.  Effort is ongoing to
apprehend the fleeing hoodlums.

On 14/11/2021 a complainant who went to wash his vehicle at a car
wash around conoil filling station Effurun  said that after washing
his car, him and his brother  while waiting for someone saw a group of
four armed men who pounced on them, forced them into the vehicle and
sped off. He further stated that, the hoodlums later put them in the
boot of the vehicle. On getting to a hold-up, they managed to open the
boot and escaped. Information got to the DPO Ebrumede Division SP
Bolarinwa Alabi who immediately detailed and led operatives and went
after them. In a combined effort with men of Ekpan Police station,
they trailed the hoodlums to jakpa road. The hoodlums on noticing that
the police was trailing them, abandoned the vehicle in the busy area
of Jakpa and fled into the crowd. In order not to hurt innocent
citizens, the team could not engage them, but the  Lexus car ES 350
gold colour with Reg. No. Abuja-YAB 262 KC was recovered. Effort is on
top gear with a view to arresting the fleeing suspects.