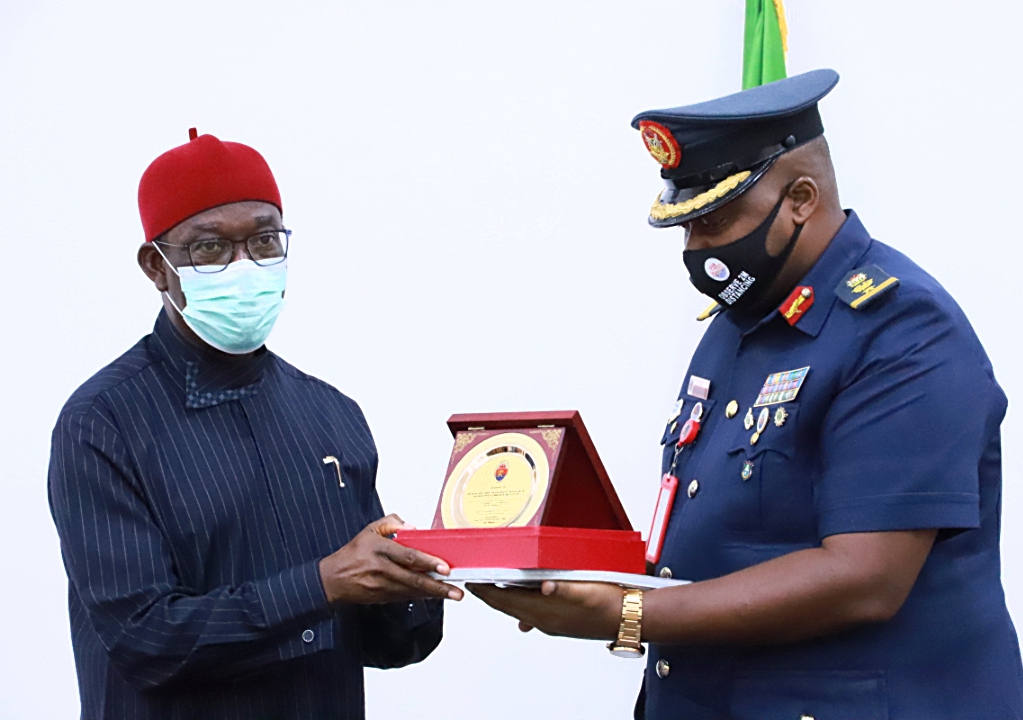 Okowa made the call when he received participants of Course 44 of Armed Forces Command and Staff College, Jaji, at Government House, Asaba.

He said that the theme of this year’s study, “Enhancing National Security Through Socio-economic Development’’ was very apt considering the harm done to the economy by insecurity and poverty across the country.

According to the governor, several factors account for insecurity but when you have growing unemployment in the society, where people are neither able to fend for themselves nor have a determined future, the likelihood of them giving in to crime becomes very high.

“Realising this, every government and sub- national government, including the local governments, must try to work hard to pull people out of unemployment and poverty.

“Unfortunately as a nation, we have a population that is growing too much, growing much more than the economy of the nation.

“At the moment, we are very worried about the unemployment rate in the country. It is much higher even among the youth.

“We must ensure that we begin to design policies and programmes that would continually engage our youths,” he said, adding that his administration realised this early and commenced job creation and entrepreneurship programmes for the youths.

He said that no fewer than 100,000 youths had benefited directly and indirectly from the programmes in the past six years.

Okowa stated that the state government engaged a lot of our youths through working on the various infrastructural developments being carried out in the state such as roads, schools and entrepreneurship programmes.

“Through the Job and Wealth Creation Office, we have raised several thousands of youths as entrepreneurs since we came in in 2015.

“We have also been training a lot of our female youths between the ages of 18years and 30 years through the girl-child entrepreneurship programme. They are fully empowered and monitored and most of them are doing very well.

“We did all these because we have come to realise that a lot of these businesses over time, would come to take other youths out of poverty.

“We have gained a lot of peace in our state because the youths have come to see how responsible the government has been to them.

“Some of the youths are also in government as appointees and are helping to provide useful Information to security agencies in order to curb insecurity,” he explained.

Okowa said that his administration had also done well in the health sector through the Contributory Health Insurance Scheme which had seen almost one million Deltans enrolled in the scheme.

“In the health sector, we have the health insurance policy which is currently running and we hope the impact we are making will keep on growing.”

Earlier, the leader of the delegation, Air Commodore Chidiebere Obiabaka, had told the governor that they were in Delta on a study tour of the state, adding that the knowledge gained would enhance their research work.

He lauded Okowa for his outstanding accomplishments in the development of the state in the past six years.