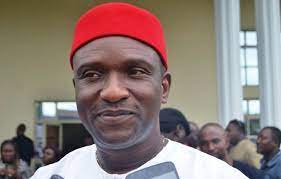 Delta Government in conjunction with Programme Management Office, National LPG Expansion Plan, Office of the Vice President, will host a two-day LPG Sensitization and Awareness Campaign in the state.

The sensitisation and exhibition programme with theme “Stimulating Delta State Socio-economic Growth Through LPG Adoption and Expansion” is aimed at encouraging clean cooking in the country.

According to a statement by the Chief Host and Commissioner for Oil and Gas in Delta, Prince Emman Amgbaduba, in Asaba, Friday, the workshop will hold at the Unity Hall, Government House, Asaba on Monday and Tuesday.

Amgbaduba said that the two-day event was the first in the South-South and will be declared open by Governor Ifeanyi Okowa, and with the Senior Special Assistant to the President on LPG and National Programme Manager, National LPG Expansion Plan, Mr Dayo Adeshina, in attendance.

“The objective of the workshop is to display the economic and sustainability plan for adopting LPG for domestic use, power generation, agriculture and transportation among others.

“The workshop will feature panel of discussants of experts in the oil and gas industry and an exhibition of modern cook stoves to reduce exposure to harmful smoke and improve on the health of the people.

“Oil and Gas companies are encouraged to diversify by transforming waste to wealth instead of flaring gas.

“When clean cooking is adopted by all, it will cut down deforestation, depletion of ozone layer will be reduced and it will boost revenue for our state,” he said.

“Commissioners, Heads of Government parastatals, local government council chairmen, traditional rulers from the three senatorial districts and captains of industry are expected at the two-day event,” the statement added.