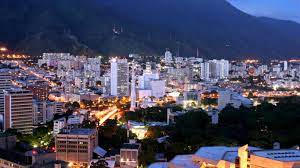 PERSPECTIVE – The road to Caracas and human frailties

I made my way to Lagos from Abuja. I was ready for any eventuality, or so I thought. It was the first leg of my journey to Caracas, Venezuela. Within minutes of presenting myself at the check-in counter in Lagos, an unexpected challenge arose.

The normal Nigerian bureaucracy-induced problem, which the private sector catches in. I am fully vaccinated for COVID-19. My first shot was on March 24, 2021 at the Ikosi Primary Health Centre, Kosofe Local Government, Lagos.

My second and final shot was at the same place on June 22, 2021 and I was given a    vaccination certificate signed by Chief Health Officer Adeboye, confirming that I had completed the process. But the airline claimed that  I was only partially vaccinated as the second shot which completed the vaccination was not uploaded on the portal.

So until it was done, I cannot travel. To it, my vaccination card which I produced, counted for little. The officials advised I call the number of the vaccination officer whose phone number  is on the card.

I did and the Truecaller showed that the phone number is registered in the name of “Mrs Salami Dino”. I explained to her the need to upload my vaccination result. Mrs Salami claimed she is not the officer responsible and so cannot be of assistance.

I asked her to give me the phone number of the officer in charge, she advised I should report at the vaccination centre the next day. I reminded her I was at the airline check-in counter, so I cannot wait until the next day as I had to travel that night.

She shouted that I should not disturb her and that if I needed assistance I should plead with her, not argue. I apologised and the state official  dictated the phone number of the official she claimed would assist me.

But I pointed out that the phone number she gave was nine digits whereas all cell phones  in the country are eleven digits. She claimed she had forgotten the number, promised to confirm the correct number and send it to me. She then switched off her phone. I never got her again.

The airline was adamant I could not travel. I told its officials that my duty was to get vaccinated and procure the certificate while it is the duty of the state and its designated officials to upload the result. So I cannot be held liable or penalised for the failings of government officials I do not even know.

The airline officials said that is not their business and that if I cannot get my vaccination uploaded, I cannot travel. I asked if they thought the vaccination certificate I showed them was genuine or fake. They confirmed it is genuine. So I insisted the airline must respect a certificate issued by the Nigerian government otherwise it has no basis doing business in the country.

At the airline’s stop over, I was shocked when the official told me I was not a transit passenger. I produced my boarding pass to Caracas. He confirmed it was genuine but pointed out that  my flight ticket from Nigeria and that to Caracas had different booking numbers. This meant that they were bought as two separate tickets, so  the airline    has no responsibilities to me other than my being a passenger to Caracas.

The aircraft I took, stole out of the early morning dew over the  Caribbean Sea and  surprised the  Simon Bolivar International Airport tucked in the defensive Venezuelan  coastal mountain.  The big, inviting airport was a ghost town. Only an Air Portugal aircraft was on the tarmac.

The few other aircraft were fingerlings used for shuttles, perhaps within Caracas. We were also the only passengers I noticed in the entire airport terminal. All these are the effects of the unilateral sanctions by the United States of American, USA, which wants to see the country either in the hands of its supporters or sunk into the sea.

On June 13, 2019 when I teamed up with some conscientious Nigerians to welcome then Venezuelan Vice President Aristobulo Istriz  Almedia to Nigeria, I had reflected that what the USA was carrying out against Venezuela was economic genocide.

As at that time, under the American economic embargo, $5,470,030,645.30 belonging to Venezuela had been frozen or confiscated by various banks, including Portugal’s  Novo Banco, Bank of England and American banks like the Sumitomo, Union Bank and Citibank.

The USA has crippled oil production in Venezuela and threatened to sink oil vessels carrying petroleum products to the country. On October 16, 2021, Venezuelan Special Envoy, Alex Saab, who had been illegally detained in Cape Verde since June 13, 2020, was flown to the USA for trying to buy fuel and medicines from Iran for Venezuela.

So it cannot tolerate any government which it does not dictate to, or at least control. Besides, Venezuela has the richest oil reserves in the world. Worldometers, quoting  the British Petroleum ‘Statistical Review of World Energy’ and the US Energy Information Administration, EIA, states that: “Venezuela holds 299,953,000,000 barrels of proven oil reserves as of 2016,  ranking 1st in the world and accounting for about 18.2% of the world’s total oil reserves of 1,650,585,140,000 barrels.

Venezuela has proven reserves equivalent to  1,374.2 times its annual consumption.  This means that, without net exports, there would be about  1,374 years of oil left  (at current consumption levels and excluding unproven reserves).” This is a ‘booty’ the American establishment wants to expropriate.

When I entered Venezuela, I was completely unprepared for what I saw. The capital, Caracas, is so developed with well-built roads and multi-storey buildings doting    every available space that you would not be wrong to assume that youthful United Arab Emirates, UAE, with its poster boy, Dubai, are trying to copy the Venezuelans. The roads, like the houses are solidly built.

A colleague from Nigeria who undertook a six-hour journey from Caracas to Coro, capital of the Falcon State, told me the road network is the same as we witnessed in Caracas.

If the Venezuelans are able to withstand the stifling sanctions of the bully in North America, they will be unstoppable. I am here in Venezuela to observe one of such plans: to hold elections in the presence of international observers from 27 countries who can independently report on them.

Thanks Comrade for this and it reflected my views of that country when it hosted OPEC Summit of Heads of Government and Presidents in 2002. I attended the Summit with OBJ and other ministers and captains of Nigeria on oil matters.

President Chavez of Venezuela thrilled delegates with over one hour speech that hilariously kept us all alive  by condemning the US for the embargo against his country and other OPEC countries.Despite the embargo,Venezuela is a developed country as compared to Nigeria