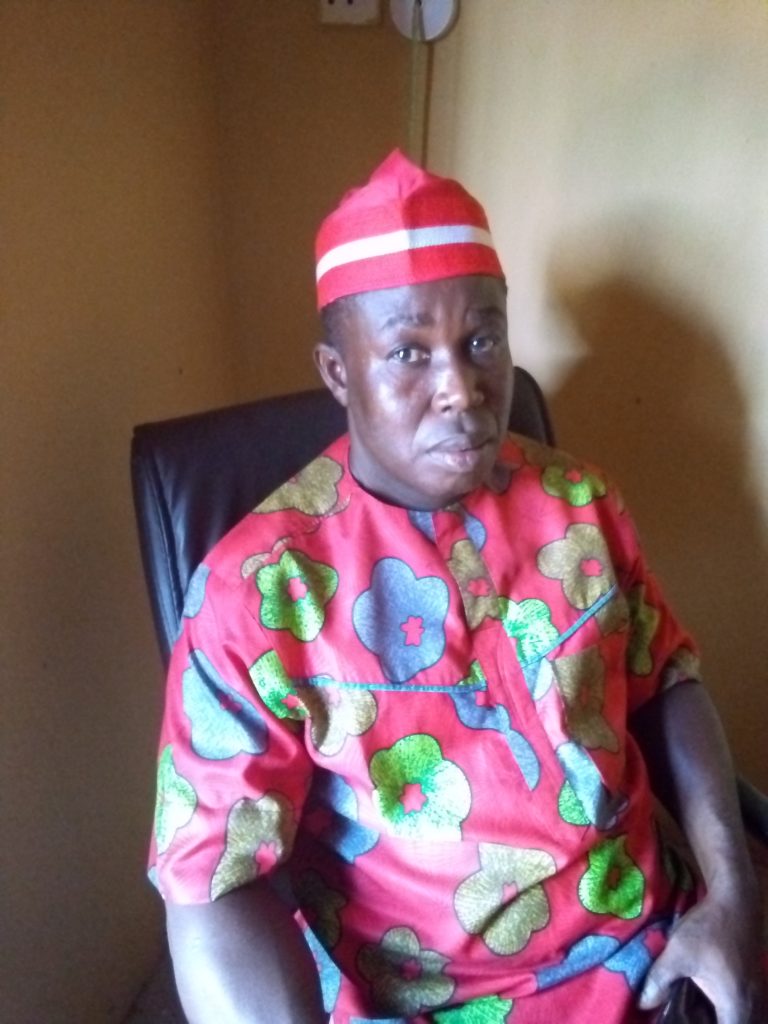 The Aviara Kingdom, a community in Isoko South Local Government Area of Delta State has in an amicable and unanimous resolution aimed at bringing lasting peace to the troubled kingship stool of the kingdom returned the royal stool to the Uvo family to which it originally belongs, with a call on the Odoko family to return the stool to Uvo and from now on cease to be a royal family.

By the resolution, the Uvo Royal family will henceforth produce traditional rulers (Ovie) in Aviara Kingdom.

The Odio-Ologbo of Aviara Kingdom, Dr. Edwin Egboro (Ph.D) confirmed this in a long telephone chat with banneronlinenews.com on, Friday, November 26, 2021.

He said that the resolution was the culmination of a long kingship tussle that has resulted in long litigations and left the kingdom without a monarch for about 10 years.

Dr. Egboro, a former banker who retired as a senior manager of the Union Bank of Nigeria Plc said that the kingship tussle, resulted into law suits between intra family members of Odoko in the kingdom, but that the community in pursuit of peace brazed up to the occasion and he called Aviara Kingdom meeting at the Aviara Post Office junction and location of the sacred altar of Aviara, the exact spot where the founders of the community used to congregate to decide matters of the kingdom. He expressed regret and disappointment that the Aviara kingship tussle deprived the kingdom of enjoying the benefit of monarchy for more than 10 years, and that the challenge affected the security and unity of the kingdom. “The erstwhile Odoko royal family got themselves into this mess,” the Odio-Ologbo said, pointing out that when a king dies, the Odio-Ologbo is the one that puts processes in place for the emergence and coronation of a new king.

“For over 200 years, there has been nine kings in Aviara Kingdom, but that the one who calls himself king now is an impostor created by  a kangaroo committee set up by other Isoko kings. “He was never the product of the kingship process choice of the Odio-Ologbo-in-Council, whose responsibility it is to conduct and follow due traditional process as it relates to the emergence of Ovie in Aviara Kingdom,” he said.

Answering a question when his attention was called to a report in The Pointer newspaper of Wednesday, October 20, 2021 which stated that “The people of Aviara Kingdom presented their new king HRM Michael Efeareduo Ebobo Imoh 1 to Isoko South Traditional Rulers’ Council, at the Local Government secretariat, Dr. Egoro dismissed the report as misleading and that Aviara Kingdom has no king for now. He pointed out that as the Odio-Ologbo of Aviara Kingdom he should know who the king of his kingdom is as he with the Odio-Ologbo-in-Council are the ones required by tradition to install a new monarch when the need arises and following the traditional rites of the Aviara people for such installation.

To drive home the point that whoever is claiming to be the Aviara King now is an impostor, and is not recognized by the people, the Odio-Ologbo said: “The ‘Evo’, which is the symbol of authority of the monarch is still with me. It cannot be with me if we have consecrated a new monarch. So, whosoever that is claiming to be king now is an impostor; he has not the backing of the people of Aviara kingdom and cannot exercise royal control over the people of Aviara Kingdom.”

He told banneronlinenews.com a long story about how the Aviara kingdom monarchy came to be. The Odio-Ologbo said: “The people of Aviara Kingdom have been ruled by the Oldio-Ologbo-in-Council, and that Uvo was one of the nine members of the council. But that at a point, the colonial rulers put pressure on the people to get a king, and that Uvo, who came from the rpyal family in Benin sought to be king and went to Benin with the help of his friend from Aboh kingdom found his way to Oba Ewuare 1, who was the reigning monarch then and bought the kingship.

According to the Odio-Ologbo, Oba Ewuare gave Uvo the items for the establishment of the office and power of a king, which Uvo bought and brought to the Odio-Ologbo-in-Council, which verified the items and certified them after exhaustive scrutiny as authentic and genuine. He said Uvo was denied being enthroned because he was well stricken in age, but that Uvo then presented his brother, Odoko who was then enthroned as the first king of Aviara kingdom.

Having installed Odoko as King, calamities began to manifest in the home of Odoko, the new king, with deaths of his children and wives. He became displeased and exasperated, and accused his brother, Uvo, of bringing a curse to him. The accusation led to Uvo being charged before an Uzere deity, and he was subsequently taken to the middle of a large dam. The story is that the deity is a no nonsense god which will not spare Uvo if found to be responsible for the deaths in Odoko’s family.

According to the story, Uvo was taken in a boat to the middle of the waters and left to his fate. It was that if his hands were clean, the water would return him to the dry land, but if not he will die. Eventually and to the surprise of all, Uvo was returned alive and he had to travel a lonely, and long stretch of a bush path inhabited by wild and dangerous animals. Yet, he returned to Aviara safe, hale and hearty, even killing a wild animal on his way back, which ear he cut and brought back to Aviara as evidence.

Uvo’s return from the Eni Shrine in Uzere indicated that the allegation that he brought the curse that killed Odoko’s wives and children was not true, but that he truly bought the throne and did not bring a curse to his brother.

The allegations displeased Uvo, who felt betrayed by his brother who he thought he had done good to by making him a king. Feeling quite upset by the attitude of his brother Uvo on his return placed a curse against the Odoko royalty that:

The story tells how the Aviara monarchical thrown came into existence and this is well known to the Aviara community.

Dr. Egboro said that the Odoko family messed the entire thing up themselves, leading to the meeting of members of Aviara community where the decision was unanimously agreed and taken that the traditional monarchy stool should be returned to the original owner, the Uvo Royal Family.

“The resolutions and minutes of meeting of Aviara Kingdom is attached herein as annexure for your necessary confirmation and actions.

“We are further pleased to inform your Excellency that with the resolutions attached herein and deemed as part of this correspondence for your intervention and directives, peace has returned to Aviara Kingdom and we pray your Excellency to promote this peace in our kingdom by ensuring that our resolutions are given executive consideration and the required government support.

“In line with the above, we therefore appeal to your Excellency to urgently intervene in giving effect to the resolutions of Aviara Kingdom as attached herein in order to fast track the process of a king by setting  the state machi8nery in motion to achieve this.

“We further appeal that a letter of recognition be sent from your office to the Odio-Ologbo of Aviara Kingdom, Edwin M. Egboro (Ph.D) as the traditional ruler pending the presentation of substantive Ovie-elect by the royal family.

“Thank you for your anticipated urgent intervention and necessary directives,” the letter stated.

In the annexure, another letter addressed to His Excellency, the Deputy Governor of Delta State, Directorate of Chieftaincy Affairs, Government House, Asaba, with the title ‘Aviara Kingdom General Meeting Resolution” also signed by Edwin M. Egboro (Ph.D), the Odio-Ologbo of Aviara Kingdom and Odio Blessing Obuareghe, the Odio-Igho of Aviara Kingdom reads:

“The following resolutions were passed at the Aviara Kingdom General Meeting held on the 1st day of May, 2021 with the sole agenda of Aviara kingship/Royalty.

“After thorough suggestions and deliberations by the good people of Aviara Kingdom in a meeting of the Kingdom, the following decisions and/or resolutions were reached accordingly:

Also among the annexure in the letter to His Excellency, the Deputy Governor of Delta State is copy of the minutes of the meeting of Aviara Kingdom, held on the 1st day of may, 2021 at the Post Office Junction, Orodhe Aviara main town. It had as its agenda:

All the nine members of the Odio-Ologbo-in-Council, including the Edwin M. Egboro (Ph.D), the Odio-Ologbo of Aviara kingdom were in attendance. In all, a total of 104 members of the community were in attendance including representatives of the five Wards that make up Aviara Kingdom, and after all the preliminaries were done in consonance with the demands of Aviara Kingdom at such gathering, the business of the day began with representatives of each quarter speaking in favour of the request by Uvo family to reclaim the kingship royalty which belong to them.

More than 90 per cent of the representatives from the five wards all spoke in favour of the return of the kingdhip to Uvo family. The only person who spoke expressing surprise at the development was Mr. Sunday Olokor from Ebobo family, saying that “he is surprised that Uvo Family wants back their kingship.” He stated further that “the issue of the kingship should be kept aside for now.” Responding on behalf of the elders, Abubakar Jombo, the spokes person said that “Odoko family should go home and resolve their family dispute within themselves and report back to the Odio-Ologbo-in-council of Aviara Kingdom within a reasonable time.”

“He further said that Uvo Family should go home and call a meeting and elect a nominee to be crowned as the Ovie/King of Aviara Kingdomand present the Ovie nominee before the Odio-Ologbo-in-council within a reasonable time.

The minute of the meeting ended with the following conclusion: “the Odio-ologbo/Elders –in Council led by Dr. Edwin M. Egboro, the Odio-Ologbo of Aviara Kingdom went to the centre of Aviara Kingdom with a bottle of drink and prayed for the peace and good governance of Aviara Kingdom. Closing prayer said by Elder Edanie erigi. Meeting was formerly closed at 10.45 a.m.”

Meanwhile, the Uvo Royal family after their meeting agreed and resolved to recognize and present Prince Obokeno Obokeno Isaac as the family’s substantive Ovie nominee to the odio-Ologbo-in council.

The decision was conveyed by the Uvo Royal Family of Aviara Kingdom in a letter of 10th November, 2021, ref. UVo/ARh/0019 ADDRESSED TO His Royal Majesty, Odio-Ologbo-in-Council, Isoko South Local Government, delta state.

“Furthermore, we humbly request for the Aviara Kingdom (Traditional rights demand), procedure and date for the purpose of physical presentation of our Ovie nominee, Prince Obokeno Obokeno Isaac to the Edio-in-Council.”

It is the response from the Odio-Ologbo-in Council that the entire community of Aviara Kingdom is expectantly waiting for.