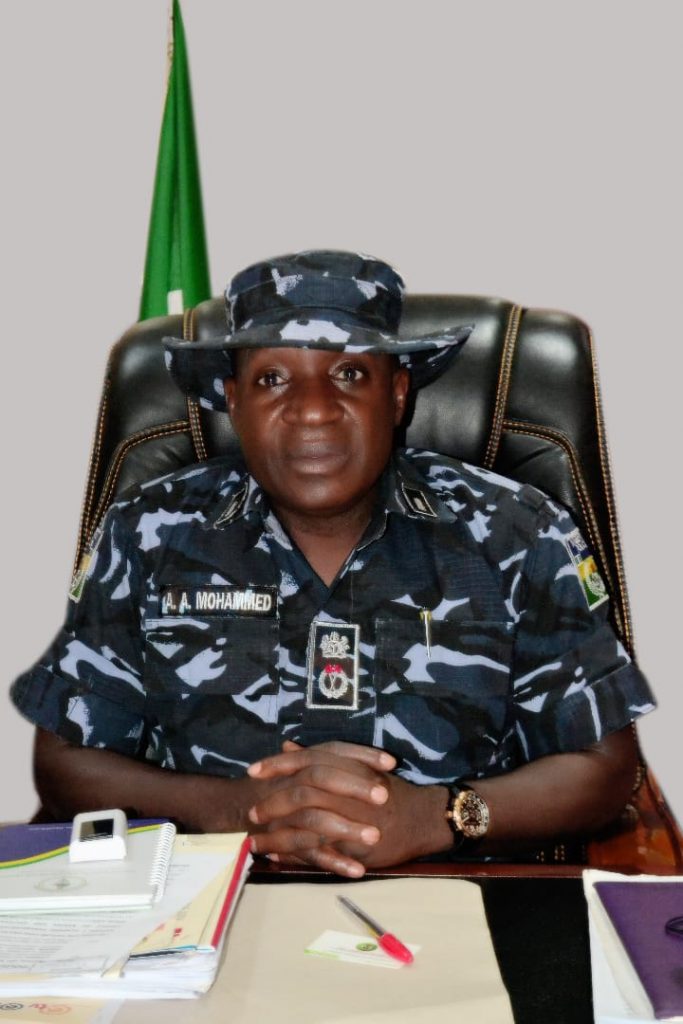 RE: ASABA HEADBRIDGE PROBLEM
DELTA STATE POLICE COMMAND WORKING ROUND THE CLOCK ALONG WITH THE
STATE GOVERNMENT AND OTHER AGENCIES TO AMELIORATE THE PROBLEM.

The attention of the  Delta State Police Command has been  drawn to a
117seconds video clip with the above caption which has gone viral in
various social media platforms. In the said clip which captured the
traffic hold-up on the Asaba – Onitsha Expressway towards the River
Niger Headbridge, recorded in an admixture of English and Igbo
languages, a voice could be heard of a seemingly frustrated motorist,
understandably bemoaning the traffic situation on the ever busy road
linking the South West to the South – Eastern part of the country.

The voice in the narrative, wrongly accused officers of the Force as
being responsible for the heavy traffic at the head bridge. However,
following a careful examination of the trending clip, the Command
wishes to state as follows.
1.That the accusation is not only false but a deliberate effort by the
narrator to mislead members of the public and to bring the image of
the command into disrepute.
2.The Command has been doing all its possible best daily to ease the
traffic at the HeadBridge and will continue to do so.
3.It should be noted that the video was recorded on 14th December,
2021 being a Tuesday. Owing to the fact that people do not usually ply
the route on Mondays due to the situation in the Eastern part of the
country, it is expected and quite natural that the traffic flow to the
market will be heavy on Tuesdays. The fast approaching Yuletide season
is another contributory factor as more people are traveling eastwards
for the celebrations.
4. It is a notorious fact that the bridge which was commissioned for
use in 1965 in response to the vehicular traffic flow of that era is
grossly inadequate and structurally not designed to deal with the
vehicular flow of present time. The single lane of the bridge can  not
easily accommodate the four lanes flowing into it without causing
traffic jam as it is currently being experienced.
5. Truth be told, the narrowing down of the multiple lanes to a single
lane as well as the narrow exit at the Onitsha end is solely
responsible for the overflow at the Asaba entrance of the bridge. This
is very visible to every discerning mind.
6. That the current situation at the Headbridge is not  strange
neither is it a sudden development as the Federal Government who is
bent on tackling the problem headlong commenced the construction of
the 2nd Niger Bridge to ease the pains of motorists on the route.
7. That the Delta State Police Command under the watch of CP. Ari
Muhammed Ali is working with the State government and other sister
agencies involved in traffic management including the FRSC both in the
state and in Anambra state with a view to seeing that the HeadBridge
is decongested. The Command remains committed to its goal and will not
be deterred by any ill-intentioned comment from whatever quarter.
6. Meanwhile, the Commissioner of Police has made additional
deployments to the area, including Monitoring Teams, to ensure that no
one impedes the flow of traffic under any guise. The Command is thus
appealing to members of the public for full cooperation during and
after this season as lawlessness anywhere in the state will not be
tolerated.