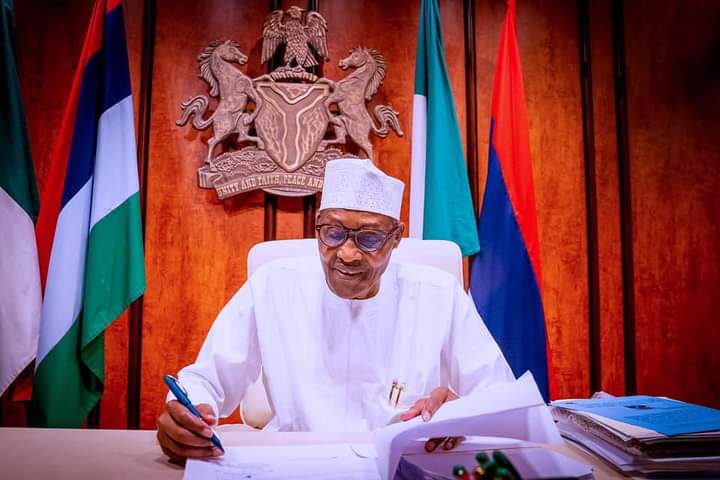 Rights activist and Senior Advocate of Nigeria (SAN), Chief Mike Ozekhome, is surprised that “some Nigerians were surprised” that  President Muhammadu Buhari refused to assent the Electoral Act Amendment Bill 2021 on December 21, 2021.

Actually, Ozekhome, appearing on an African Independent Television (AIT) political programme the previous day, to clarify the deadline for Buhari to sign the Bill, vowed that the president would not append his signature to the piece of legislation.

Comparing himself to ‘Nostradamus’ for “correctly predicting Buhari 110 per cent of the time in the past six and half years” of his presidency, Ozekhome passionately genuflected to the president, to prove him wrong, for once, and assent the Bill. But alas, Buhari didn’t disappoint Ozekhome! Nor most Nigerians, who often read the president’s response to national issues through his body language, and public views expressed by his kitchen cabinet or the “cabals” in and out of government.

So, instead of returning to AIT to congratulate Buhari “for a job well done,” Ozekhome was at the station the next day, December 21, to declare to Nigerians, “I told you so!” The rest is history!

Perhaps, the disappointment for Nigerians is that Buhari discarded other fine points in the Bill, such as electronic transmission of election results by the Independent National Electoral Commission (INEC), thus literally “throwing the baby out with the bath water.”

Some of the reasons Buhari gave for withholding assent to the Bill are:

* The prevailing (security) situation in the country

* The security challenge of monitoring the elections

These reasons are, at best, tenuous, simplistic and an afterthought derived by the president from the weeks-long forum-shopping for excuses to pin his refusal to sign the Bill. For example, didn’t Nigeria, at the height of deadly operations of Boko Haram in the North-east states of Adamawa, Borno and Yobe, conduct the 2015 elections without reports of security threats, as Buhari envisages for the processes of the 2023 elections?

In these times of unprecedented banditry and kidnappings in the country, INEC and state governments have conducted governorship and legislative and local government elections, respectively.

Isn’t Buhari’s refusal to sign the Bill, on account of “the situation in the country,” an admission of failure of his administration to secure Nigeria despite government’s assurances that the conditions have improved from their pre-2015 stress levels?

In other words, the president is forewarning, 14 months ahead, about possible security threats that could impact the processes, and the actual conduct of the 2023 general election.

Which’s higher, the cost of conducting a delegate system of staggered indirect primaries from the ward to local government and state congresses on different dates, culminating in an elective national convention; or a one-off direct primary election at the ward level, and with or without a ceremonial or symbolic affirmative national convention, if a political party so decides?

The INEC has debunked the floated N500 billion it reportedly needed to conduct political parties’ direct primaries, which it’s no part to play other than monitoring, with the commission budgeting N305 billion only for the entire processes of the 2023 polls.

The security challenge of monitoring direct primaries isn’t near, match or surpass that for elections conducted by INEC or state governments, as the number of participants are restricted to card-carrying members of political parties voting at the ward level.

Direct primary election doesn’t violate rights of the citizens. Rather, it’s a participatory system that allows ordinary members a say in the selection of candidates for elective positions. By contrast, indirect primaries ensure exclusion of a majority of party members.

Direct primaries don’t marginalize smaller political parties that have limited membership, as attested in scanty votes (in hundreds) they score even at national elections, which’s prompted INEC to delist, and reduce the number of political parties from 92 to 18.

The ruling All Progressives Congress (APC) and the main opposition Peoples Democratic Party (PDP) account for 108 of the 109 senatorial seats in the National Assembly (NASS), and 35 of the 36 states in the country. Anyway, direct primary poll was allegedly inserted late in the Electoral Bill by those opposed to electronic transmission of election results, to scuttle approval of the Bill by President Buhari.

Indeed, a national daily has quoted Buhari as accusing governors of the APC and their NASS members of “deceiving Nigerians that they were engaged in a battle of supremacy over the issue of direct primaries, whereas they had secretly agreed to scuttle the possibility of transmitting election results electronically in 2023.”

The Senate initially subjected INEC’s transmission of poll results to the dictate of the Nigerian Communications Commission (NCC), and approval by the NASS, only for the Upper Chamber to succumb to public outcry and subsequently went with the position of the House of Representatives that favoured the provision.

Yet, the booby-trap was alive, and was resurrected during Buhari’s expansive consultations with stakeholders for their inputs, to inform his decision to assent the Bill.

Nigerians may not know the inputs of the stakeholders, but Attorney General and Minister of Justice, Abubakar Malami (SAN), allegedly swayed the president’s mind, with critics describing Buhari as swallowing “line, hook and sinker” Malami’s suggestions in two separate letters to the president.

It’s immaterial which suggestions Buhari considered to arrive at his decision to return the Bill to the NASS. But the president should remember the following scenarios in his tortuous political journey, so as to leave behind a legacy of good-faith electoral reforms: