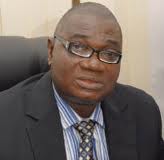 The Punch won the Africa’s Most Accessible, Readable Newspaper Award 2021. Channels Television emerged Most Watched Nigeria News Station of the Year. The award of the Best Africa Broadcast Station in the Diaspora was won by BEN Television, London while SAHARA Reporters outshined others to win the coveted Best Anti-Corruption African Blog in the Diaspora.

Iyare attended Methodist School and United Christian Secondary School both in Apapa, Lagos before proceeding to the University of Ife (now Obafemi Awolowo University), Ile Ife in 1980 where he graduated with a Bsc in Political Science in 1984 and later Post Graduate Diploma in International Relations in 1987. He has also attended many training programmes both locally and abroad.

Apart from haven edited four national newspapers in his professional media career that has spanned over 30 years, Iyare has been a stringer for America’s high brow newspaper, The New York Times since September, 1992. He has also written for Choices, a magazine of the United Nations Development Programme (UNDP) where he has been an Editorial Consultant since 2001 and African Report based in Paris.

He has written extensively including delivering papers on media issues which have been published in several publications, journals and books.

A Nigeria Country Specialist to the Department of Political Science, Swarthmore College, Philadelphia, USA, since 2017, he also anchored a Special Report on Nigeria for the Wall Street Journal in September 2001.

Iyare was Editor, Index on Corruption and also a Contributing Editor to Nigerian Review, a monthly magazine. He also edited the Nigeria Country Report on Millennium Development Goals (MDGs) in 2004.

A former Columnist at The Punch and co-author of a book titled “The 11 Day Siege: Gains and Challenges of Women’s Non Violent Struggles in Niger Delta,” Iyare published the country’s pioneer online newspaper, The Gleaner News Online, which debuted in November 2003 as its Editor-in-Chief.

A member of the Media Technical Sub Committee of Vision 2020, where he was deputy chairperson, he is a fellow of the Nigerian Guild of Editors (NGE) where he’s been an active member for over 20 years. He’s also a member of the Global Investigative Journalists Association and the World Editors Forum.