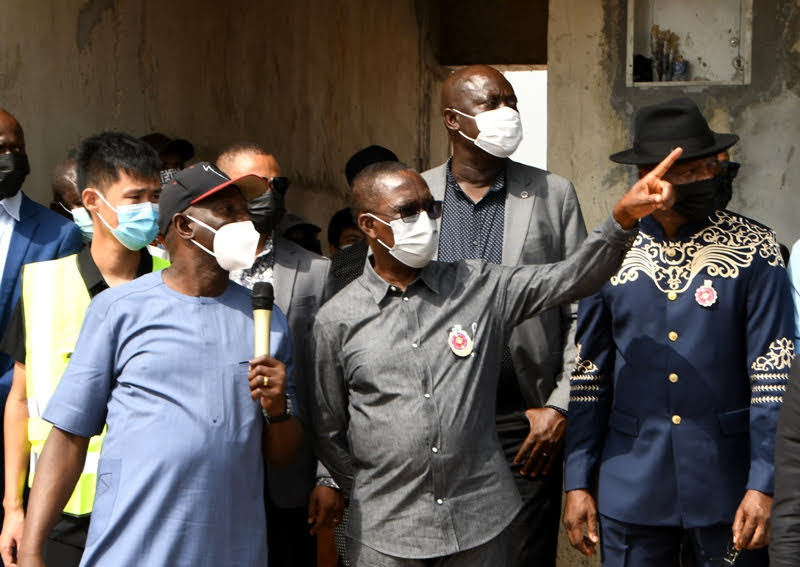 Governor Ifeanyi Okowa of Delta, on Thursday, said the ongoing Leisure Park and Film Village project would when completed, change the landscape of Asaba.

Speaking to newsmen after inspecting the twin projects, Okowa expressed optimistism that the projects would be completed in February, 2022.

He stated that equipment for the leisure park and film village had arrived at Lagos seaports and would be installed before end of February.

The governor expressed satisfaction with the pace of work and announced that he would visit the site to ensure that deadline was met.

According to him, this is my first assignment in the course of this year, 2022, because of the importance that I attach to the twin project of the leisure park and the film village.

“We have gone round and obviously a lot of work has been done. There is no doubt that there might be a little delay or the other but definitely a lot of progress has been made.

“I have been reassured by the contractors that civil works will be completed by the end of February.

The civil works will be through by the end of February from what I see but some environmental works are still going on, the issue of greenery of the area.

“As we walked round we saw some of the trees that are being nursed for the purpose of planting and I am told that many more are also coming in.

“So, we look forward to the completion of the civil works and the greenery of the area by the end of February.

“He has also informed us that the equipment that will be required for the leisure park and the games are all already at the port in Lagos and that before the end of January the equipment will start arriving site and by February they would have started installations.

“I want to hold them to their word but obviously I can see some improvement here and it is my desire that we should be able to give life to this twin project by the Easter season which is just only a month and a week by February ending,” he said.

The governor said the project was crucial to his Stronger Delta vision and would continue to receive funding in spite of financial challenges due to dwindling revenue.

“We are looking very enthusiastically to the completion of this project because i know obviously that it is going to change the face of Asaba.

“The project which has an artificial lake and an observation tower among other facilities will be better appreciated when everything is fully completed.

“We all look forward to the fun that families will get from this park in the next few months,” the governor stated.