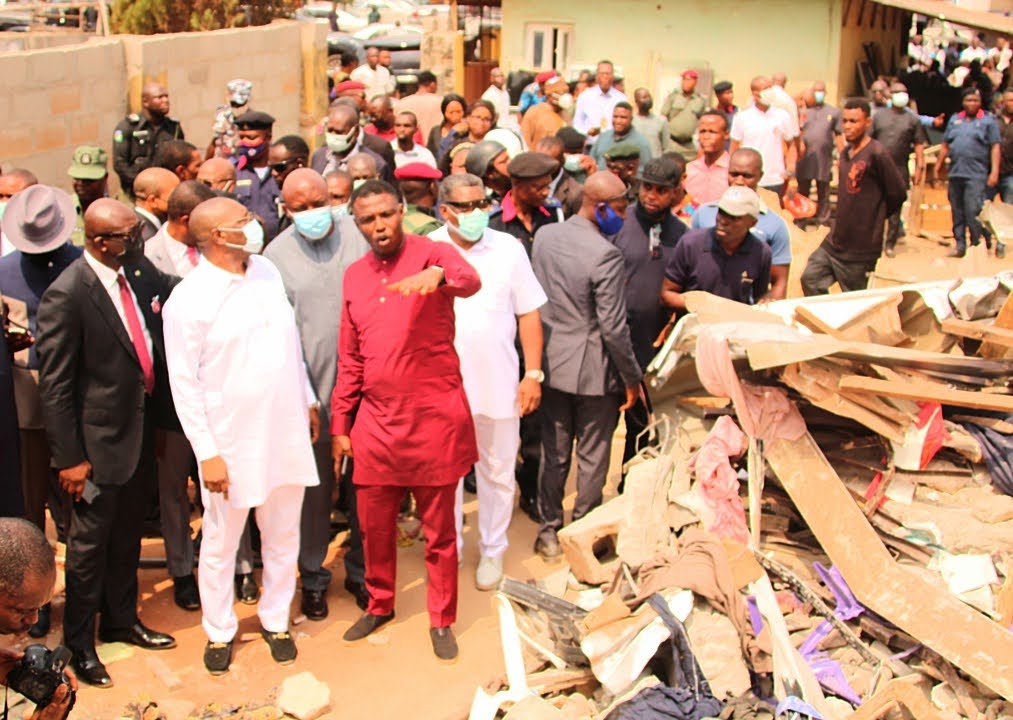 Delta State Government, on Wednesday, announced the constitution of a panel of enquiry to look into the immediate and remote cause(s) of the collapsed building in Okpanam, Oshimili North Local Government Area of the state where four lives were lost.

The Deputy Governor of the state, Deacon Kingsley Otuaro disclosed this in an interview with journalists shortly after visiting survivors of the failed facility who were receiving treatment at the Asaba Specialist Hospital, Asaba.

Deacon Otuaro who had earlier visited the scene of the collapsed building which, until the unfortunate incident, was housing a branch of Salvation Ministries, assured Deltans that the report of the panel would be made public when it finally comes out.

“First and foremost, we want to thank God Almighty for what has happened. In my inspection visit, we found out that it could have been worst.

“What I saw was almost a total collapse. We had many children upstairs when the building came down completely.

“I will not be competent to tell you what is the cause of the collapse of that building.

“We have consummated the setting up of a panel of enquiry to look into the immediate and remote cause of the collapse of the building.

“We are assuring Deltans and everyone that the report of this particular incident would be made public when it finally comes out,” the Deputy Governor said.

He applauded the coordinated responses of the various Ministries, Departments and Agencies of government in the rescue operation which, according to him, led to the rescue of many people alive from the rubble with minimal casualty.

While saying that four losses have unfortunately been recorded, Otuaro noted that the reports from the medical personnel vis-a-vis the health status of the survivors was very heart-warming, encouraging and very hopeful.

“We have unfortunately, recorded four losses and like I said, it could have been worse.

“The reports from the medical personnel is very heart-warming, encouraging and very hopeful as it were.

“From what I saw, the patients are responding well and we hope that in no distant time, so many of them will be discharged.

“As for the bills, we are a responsible govermnment; so, we are going to be an integral part of all that has happened. We are going to do all in our powers in ensuring that all is well with the respective families.

“Like I have said, in no distant time, the report of the panel of enquiry set up by the state government will be available and those culpable will face the laws.

“From what I saw, the patients are responding well and we hope that in no distant time, so many of them will be discharged,” he added.