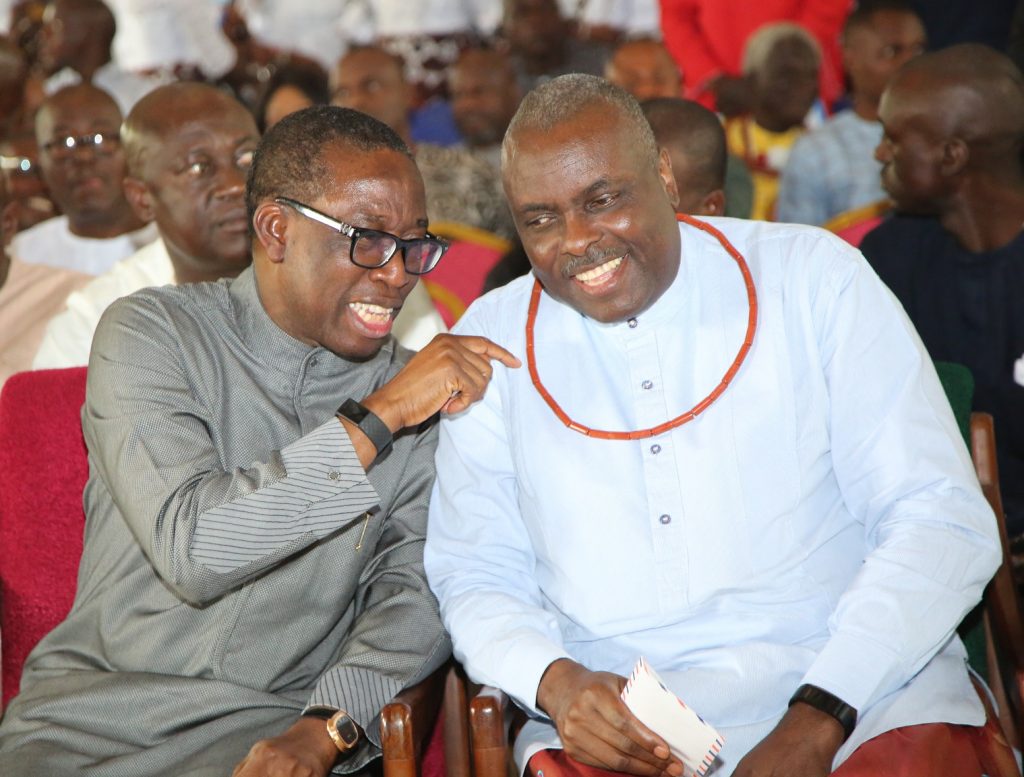 The Movement for Stronger Delta (MSD) has made a damning case of professional misconduct against an online medium (names withheld) which lifted a story from a newspaper and without attribution went ahead to twist the story by giving it meaning in a headline not intended by the original writer and medium.

In a rejoinder to the offending story, MSD’s National Co-ordinator, Dr. Festus Bomo Patani, the group took a swipe at the online publishing medium, accusing it of ethical misconduct of plagiarism, and distorting the original story of the writer by misinforming readers in the new headline it gave to the story.

The group said: “The online publication in question, copied THE STORY verbatim, and then proceeded, for reasons best known to the publisher, to change the headline from the original, without informing the readers or even acknowledging the source and author of the original story; and this, from every professional standpoint, is a crass and brazen display of unethical journalism, bordering on plagiarism. Journalists must be cautioned to avoid sensationalism and inaccurate reportage intended to deliberately mislead the people, especially when they copy stories from other more seasoned and recognized mainstream publications.” B

is full text of the MSD rejoinder.

2023: IBORI, OKOWA NOT ‘FIGHTING DIRTY’ OVER ANYBODY

The attention of the Movement for Stronger Delta, MSD, has been drawn to a recent publication by a pan-Delta online platform, titled: “DELTA 2023: Okowa, Ibori Fight Dirty Over Successor”, and posted on several social media groups and portals on Sunday, January 16, 2021.

As a conscious and proactive Movement, determined and committed to ensuring a stronger, peaceful, and united Delta, in the run-up to the 2023 elections and beyond, it behoves us to set a few records straight, concerning this publication, as our own way of educating and informing Deltans with accurate, verifiable information on the true position of affairs and also protecting ourselves from misleading misinformation that is capable of heating up the polity and instigating unnecessary and avoidable conflicts, provocations and conflagrations in the State.

2. The online publication in question, copied THE STORY verbatim, and then proceeded, for reasons best known to the publisher, to change the headline from the original, without informing the readers or even acknowledging the source and author of the original story; and this, from every professional standpoint, is a crass and brazen display of unethical journalism, bordering on plagiarism. Journalists must be cautioned to avoid sensationalism and inaccurate reportage intended to deliberately mislead the people, especially when they copy stories from other more seasoned and recognized mainstream publications.

3. There is a fundamental headline difference between: “Face up” in the original story and “Fight Dirty” in the copied online version, which every journalist worth his salt, especially those knowledgeable enough in the basic use of the English language, which is the major tool and instrument of the profession, should know and apply in their proper contexts.

4. For the avoidance of doubt and for the purposes of educating the Journalist against future ignorances: “FACE UP: means ‘To confront or deal directly with someone or something previously avoided”, while “FIGHT DIRTY: means, ‘To use every possible way and especially the most treacherous way, to beat someone in a fight’

5. Translations. “Face Up” literally means ‘to accept the reality that a difficult situation exists and to confront the situation directly and accept responsibility, blame, for whatever outcome emerges.
“Fight Dirty” on the other hand literally means ‘to use the worst ways, and not playing by the rules or fighting without honour, to achieve a result.

6. In other words, it is already common knowledge in Delta State, that the succession process in the State PDP, with its intrigues and entrenched Interests, is likely going to become a difficult situation if it is not properly guided and managed. This, however, is quite a common occurrence in the political landscape especially when elections approach.

7. Both Governor Ifeanyi Okowa and Chief James Ibori, as astute, progressive, and well-experienced leaders of the Delta PDP, understand the situation perfectly and having achieved many successes, both individually and for the party in numerous political battles over the years, have ‘faced up’ to the reality of the situation and pledged, as the original story confirms, to allow the process unfold in accordance with the rules. They have accepted as leaders, to show example, by ‘playing by the rules’ and not ‘fighting dirty’ by any stretch of imagination, so one wonders where the publisher of the online Portal got the information that compelled the change in the title of the original piece.

8. It is important at this juncture to state unequivocally that Comrade Emma Amaize is a highly respected and much-decorated, multiple award-winning, national, and globally recognized veteran journalist, who has brought great acceptability and prominence to the profession. His credibility is impregnable. He takes no prisoners, kowtows to no interests, and his reports and analysis are grounded, corroborated, and substantiated by impeccable, unimpeachable sources. In fact, without any prejudice at all, he can be described as an Institution of reference in Political Journalism and Niger Delta affairs. You can take whatever he has written to the bank and get abundant credit for its veracity.

9. His story on the Delta 2023 succession process, from its title to its conclusion, is objective, factual, concise, and verifiable. There’s nowhere in the story that he suggested or even hinted that Ibori and Okowa are ‘fighting dirty’. In fact like the thoroughbred professional, with an excellent mastery of the semantics and morphology of the English language, he has chosen the verb ‘Face up’, which is not only apt in the context but also captures and embraces the collective brinkmanship and attendant auxiliary fallouts that have defined the succession process so far. Young and aspiring Journalists, especially in the largely unregulated online space, can learn quite a lot from the writings of Comrade Emma Amaize.

10. Finally, we want to state categorically once again, that Governor Ifeanyi Okowa and Chief James Ibori are not ‘fighting dirty’ over any successor. In fact, the story itself makes that succinctly clear when the writer stated in paragraphs 20 and 21 that: “Thought-provoking, however, is the information corroborated by multiple sources that Governor Okowa had met with the former Governor, Chief James Ibori, to discuss the issue of his successor in 2023.

“Saturday Vanguard learned that Ibori pointed out his favourite candidate (names withheld) to Okowa, but the Governor opposed his choice and voiced his first choice (names also withheld) based on competence. Both men differed but mutually agreed that they would settle the score at the primaries if there was no meeting point before then”.
That, fellow Deltans, ladies and gentlemen, is the true position of things. QED.

Political analysts and commentators, as well as compatriot politicians and colleagues, will confirm that if there is one political leader in the country, who has made playing by the rules a sacrosanct and irrevocable principle in his political lexicon and agenda, then that leader is without doubt Governor Ifeanyi Okowa. His political trajectory is replete with impressive examples of his doggedness to ensure that the right thing is done, always.

He does not Fight Dirty, but prefers to deploy superior strategic, astute, and pragmatic political acumen to achieve victories that cannot be overturned. A fine example is the 2011 Delta North Senatorial Primaries where he even had to engage and fund national television networks from his own pocket, to beam the event live to the entire world and avoid any controversies.

Chief James Ibori, on the other hand, is a veteran of many rigorous, successful and victorious political battles. He has the scars to prove it and it is also on record that he sourced and harnessed the skills and exceptional talents of leading political figures in the State like Governor Ifeanyi Okowa, Dr. Emmanuel Uduaghan, Senator James Manager, and a host of others, to work in and within his Executive cabinet, when he was Governor of Delta State. That is why today, he is reverentially hailed and addressed as the ‘Godfather’ of Delta politics. He definitely would not “Fight Dirty” with the same people he has worked together with for years. Only the uninformed or downright mischievous cretins would suggest such a nebulous scenario.

As true and responsible party leaders, they have faced up to the challenge(s) which the 2023 succession process may pose. There is no doubt whatsoever that as the situation unravels, both leaders will once again work together with other party leaders, elders, and stakeholders across the three Senatorial zones and the entrenched interest groups and blocks, in rigorous consultations, dynamic negotiations, and harmonious cooperation, to determine and deliver the best man or woman for Delta State in 2023.