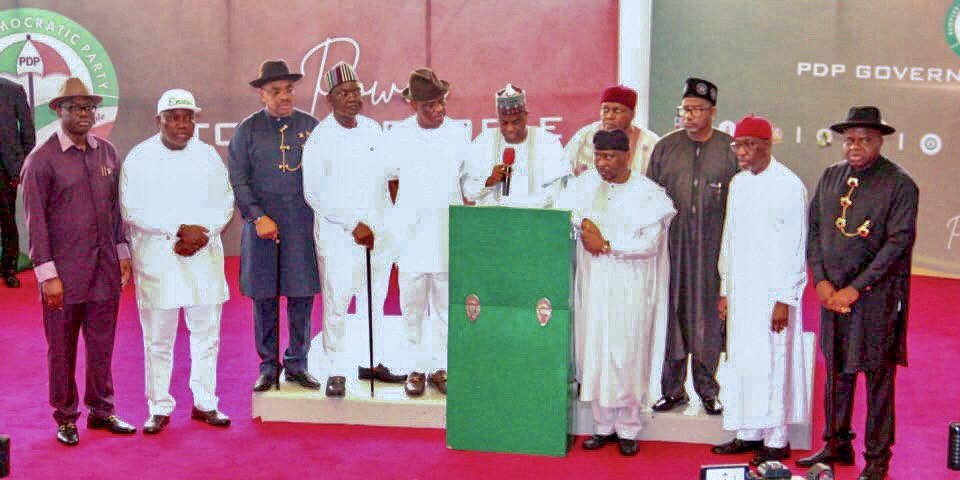 The forum made the call in a communique at the end of its meeting on Monday in Port-Harcourt.

In the communique read by it’s Chairman and Governor of Sokoto State, Alhaji Aminu Tambuwal, the governors said that overriding Buhari’s veto would quicken resolution of the issue and not provide the President another opportunity to delay signing of the Bill by withholding assent again.

The forum deplored the unabating insecurity and economic crises plaguing the country, pointing out that all economic indices bequeathed to the ruling All Progressives Congress (APC) by the PDP in 2015 had collapsed.

The communique reads: “The PDP Governors’ Forum congratulated the entire PDP family for conducting a smooth and successful National Convention that led to the emergence of the highly-acclaimed Senator Iyiochia Ayu-led National Executive Committee.

“The forum commended the new PDP National Working Committee for hitting the ground running with respect to repositioning the PDP as a credible party for the rescue and rebuilding of Nigeria which has been battered by bad economy, insecurity, unemployment and other social ills hoisted on citizens by the incompetent and inept APC administration.

“The PDP Governors requested the National Assembly to quickly conclude deliberation on the Electoral Act Amendment either by overriding the President’s veto or delete the areas of complain.

“The meeting advised that the option of overriding the President’s veto will lead to a quicker resolution to deny him the opportunity to once again truncate a reformed electoral jurisprudence for Nigeria because an early concluded Electoral Act is vital for credible elections.”

The governors also decried the rising spate of insecurity in the country and the inability of the APC administration to confront kidnappers and bandits spilling the blood of innocent Nigerians on daily basis.

According to the communique, the meeting expressed regrets at Buhari’s unwillingness to consider the issue of state police which would help to tackle insecurity in the country.

“And, the meeting once again reviewed the state of the nation and observed that key economic indicators were on steady decline and it is clear that the APC government is a massive failure going from the record the PDP handed over to them.

“The PDP handed over a 550 billion dollar-strong economy, the largest in Africa in 2015, but under APC, Nigeria has become the poverty capital of the world.

“In 2015, the pump price of petrol was N87 per litre, it is now N165 per litre and climbing under the APC administration.

“Debt servicing under APC now takes over 98 per cent of the federal budget, the third in the world per earnings.

“The forum noted that in the management of oil and gas resources, the administration of the Federation Account has remained opaque, confusing and non-transparent.

“The meeting urges all Nigerians from all works of life, particularly the youths, to register enmasse with INEC to exercise their franchise in the 2023 general elections.

“The 2023 elections is a very important election that should be used to end the inept APC government that had the arrogance to deny the youths the use of Twitter, a social media-friendly tool for the youths for over a year.

“The youths now have the opportunity to decide those who lead them in 2023,” it added.

The forum commended the host, Governor Nyesom Wike, for his outstanding contributions to the growth of the party.