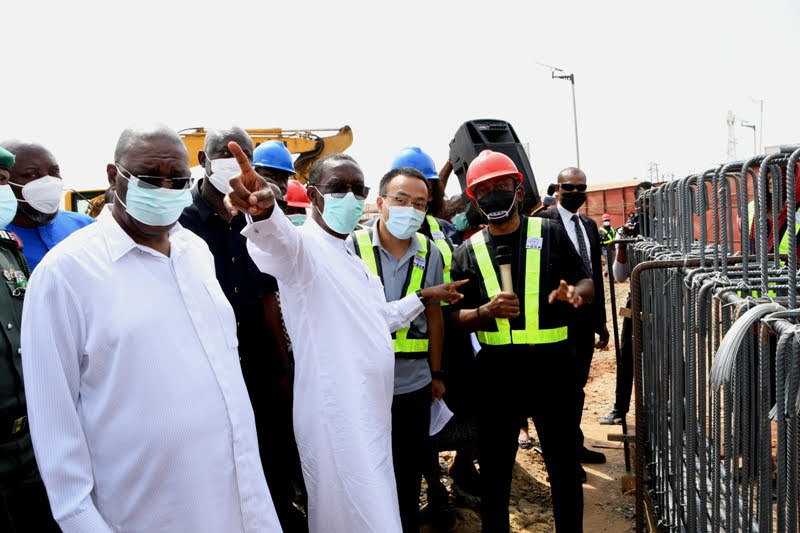 Governor of Delta, Sen. (Dr) Ifeanyi Okowa has said that the ongoing construction of Koka flyover and interchange in Asaba, the State capital, would be completed before the end of 2022.

Okowa gave the assurance while speaking to newsmen shortly after inspecting the project on Tuesday.

The state government last year began the construction of the flyover along the Benin Onitsha Expressway to ease traffic gridlock along the Koka Junction corridor.

The governor said he was desirous to inaugurate the project this year adding that he would work with the contractors to ensure early completion of the project.

“The contractors started work here a few weeks ago and with the explanations we have gotten, a lot of work is already being done.

“One good thing about the contracting firm CCECC is that they try to work ahead of time because we can see the drilling work going on and they are also casting the beams already.

“We are told that they have casted 30 out of the 96 beams that they required and they have already drilled 16 of the piles that they are supposed to drill and that means that work is progressing.

“They have given us January 2023 delivery date, but I have also told them that am not comfortable with that because I would like to have the project inaugurated during my time.

“January 2023 there will be a lot of campaigns and we may not have time to talk about inauguration of projects so we are trying to work up a process that will enable them work day and night to fastrack the project.

“I believe that with the quality and capacity of the contractors, they can definitely finish the interchange in the course of this year so that it does not spill over into next year.

“The dualisation coming from Ogwashi-Uku to Ibusa and Asaba will be completed in the next few months and it will definitely put pressure on this interchange so there is the need to ensure an early finish so that we don’t have a chaotic situation here,” he stated.

He thanked the contractors for the job done so far while hoping that they will speed up to make up for any lost time during the yuletide.

He said his administration would stay on course to ensure that the project is inaugurated within the year.

“All our projects including this one are very dear to me and we will continue to inspect more projects.

“One good thing about inspection of projects is that it gives you a first hand knowledge of what is being done and you are able to ask questions from both the ministries and the contractors and they are able to give you timelines and what they hope to achieve.

“So indirectly am also putting both the contractor and the ministry on pressure to finish on time but finish with quality work and that is the first and most important thing to me.

“While i play politics, I will not forget that Deltans actually voted me to serve them so until the very last day of 28th of May, 2023, I will focus on that aspect of service to the people, I will not allow politics to distract me,” the governor stated.