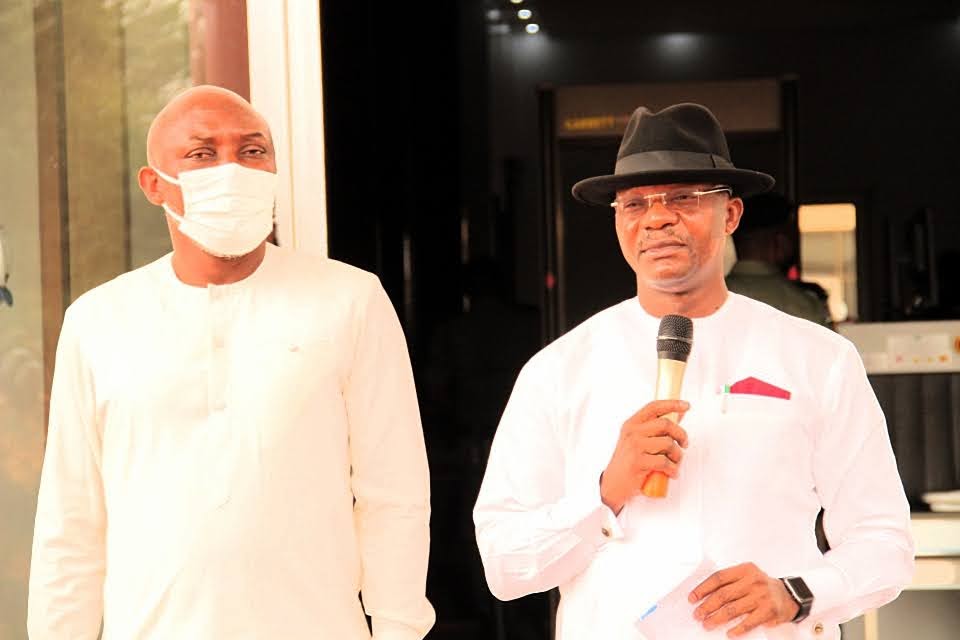 Delta Government has approved an upward review of contract cost of Ayakoromo Bridge project from N6 billion to N10.5 billion.

The Commissioner for Information, Mr Charles Aniagwu, who made this known told journalists in Asaba that the review was part of decisions reached at the first State Executive Council meeting in 2022, which was presided over by Governor Ifeanyi Okowa on Thursday.

Aniagwu explained that the contract for the construction of the bridge which was awarded in 2013 had to be reviewed as a result of present economic realities in the country.

He said that the project was priority to the present administration in the state, adding that it was expected to be completed and inaugurated within the next 15 months.

“The Ayakoromo bridge also came up today and the Exco has approved an upward review of that contract which was awarded in 2013 at the initial cost of about N6 billion.

On the Independent Power Plant (IPP) in Oghara, Aniagwu said that the council gave approval for a programme that would enable the IPP come on stream by bringing in Independent Power Generating Companies under lease to own it.

“We have some turbines and equipment that they (the power generating companies) need to buy. We will bring them in and they will pay us some money from the beginning to some time and they will own the plant thereafter,” he said.

According to him, the state government took the measure because it does not want to engage in outright sale of the power facility where the state may be short-changed.

The commissioner further stated that Exco approved the upgrade of Delta Broadcasting Service (DBS) to enable it to beam its signals across the state and to the entire South-South region.

To this end, he said, transmitters and other tools would be provided for the Asaba station and Ubulu-Uku sub-station to enhance the strength of the signal.

“The good one for me is that Exco approved the upgrade of Delta Broadcasting Service. So, in the next six months, we will, as much as possible, provide them with transmitters that would be able to cover the entire state,” Aniagwu stated.

On road infrastructure, he said that approval was given for the construction of Idheze internal roads in Isoko axis, rehabilitation of 5.6km Idere-Ase road in Isoko South, construction of Umuchime-Ogbele road, Ogume in Ndokwa West and construction of Ovie Whiskey Palace Road, Jesse, in Ethiope West.

While saying that the Okpe- Ekuku-Agbor road in Ika South was also approved for construction, the Commissioner disclosed that the Exco approved the rehabilitation and expansion of the Ugbolu – Asaba road as well as the Flood Control measures of Sakpoba Water Board, Oghara and the Ajagbodudu Market road.

“We also approved the rehabilitation of Ugbolu-Asaba road, to enable people easily access the film village coming to fruition soon. The road will also be expanded,” he added.

Aniagwu said that Exco also approved the repudiation of the Udu Harbour Market due to non-performance of the contractor, and that the contract would be re-awarded to a more competent company.

He disclosed that the council approved the appointment of Michael Imoh as the Ovie of Aviara in Isoko South, adding that Solomon Usoro Onyesom was endorsed as the Okpala-Uku of Ashaka Kingdom in Ndokwa East.

The Commissioner also announced that the government gave approval for the amendment of the declaration to the throne of Uvwie Kingdom regarding succession to the throne, even as he said that a 500-seater auditorium was approved for construction at the Delta State University, Abraka.

On his part, the Commissioner for Urban Renewal, Chief Arthur Akpovwowo, said approval was given for the transfer of the Department of Town Planning and Urban Development Board from Ministry of Lands to the Ministry of Urban Renewal.

Akpovwowo disclosed that approval had been given for the ministry to work at Ekuku-Agbor in Ika South,  Ovu in Ethiope East and Akugbene in Bomadi Local Government Areas, and assured that the ministry would ensure that illegal activities in town planning and development were put to a halt.

He sued for the support of all in correcting the ills bedevilling town planning and development in the state.