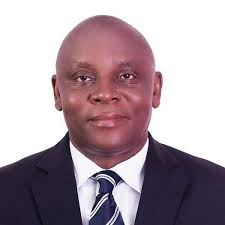 PERSPECTIVE – The economics and politics of rice pyramids

Sometime in 2001, a group of American bankers from US EXIMBank came to make a presentation to the senior management staff of the bank I was working for at that time on Marina, Lagos. They were prospecting a business relationship with us in connection with financing importation of rice into Nigeria.

I still remember a statement one of them made. ’’Nigeria imports a shipload of rice each day’’, he said, emphasizing that the US EXIMBank was ready to offer funding for Nigerian importers through their local banks. That statement struck me, and it stayed with me till today. I am very glad that in my lifetime, Nigeria is no longer importing shiploads of rice.

In fact, in my estimation, we should be exporting shiploads of rice to other countries in the next five years. This is one of the most consequential achievements of this country in the last six years. I congratulate President Buhari; CBN Governor, Godwin Emefiele; the farmers and all others who have worked so hard to accomplish this for our country.

Some commentators have tried to play down on the significance of the 13 rice pyramids unveiled in Abuja last Tuesday. Some people are wondering if the price of the commodity would come down with the release of the 13 million bags that constituted the pyramids into the market. O

for political and partisan reasons, have been rather caustic in their remarks. For them, nothing good can happen under Buhari. However, the optics of the massive display presented an undisputable evidence of the nation’s progress in food production in the last six years.

The linchpin of this success is a funding arrangement known as the Anchor Borrower’s Programme (ABP) devised by the CBN in collaboration with the commercial banks. Under it, the banks lend to farmers with a guarantee for offtakers to buy the produce from them during harvest. The fact that the loan is disbursed in kind and repaid in kind provides mitigations against the key risks like diversion of loan proceeds and default in repayments due to low sales. In addition, the bulk purchase from the farmers prevents a glut of the commodity in the local markets and loss of revenue to the farmers.

According to Mr Emefiele, ABP has catalyzed the rural economy and built a sustainable framework for financing small holder farmers in Nigeria. ‘’The Programme has developed an ecosystem among all nodes of the agricultural value chain and these linkages can be better optimized through synergy among all stakeholders’’, he said at the Abuja event.

Statistics abound to prove the point. As at the end of December 2021, the programme has financed 4,489,786 farmers that cultivated 5,300,411 hectares across 21 commodities through 23 banks in the 36 States of the Federation and FCT. The banks have disbursed about N900 billion to the farmers since the inception of the programme. This is a huge investment which has resulted in increased production and productivity of rice, led to job creation and reduction in importation. Under the scheme, each hectare of rice farm employs between 12 to 14 people.

That the scheme has led to a reduction in our import bill is illustrated in the gradual disappearance of Thai rice from our dinner tables. Thailand alone exported 1.3 million metric tons of rice to Nigeria in 2014. But since the launch of ABP in 2015, there’ve been steady reductions in rice imports from that country.

By 2016, rice imports from Thailand had fallen to only 58,000 metric tons and a meager 2,160 metric tons at the end of 2021. It’s undoubtedly a huge savings on foreign exchange. In addition to increasing national rice output from about 5.4 million metric tons in 2015 to over nine million metric tons in 2021, Nigeria has also significantly improved the productivity per hectare of the smallholder farmer from about 2.4 metric tons per hectare in 2015 to between about 5 metric tons per hectare in 2021. These expansions have not only made Nigeria the largest rice producer in Africa, but has also unlocked enormous private sector investment in the rice value chain as the number of Integrated Rice Mills grew astronomically from six in 2015 to over 50 in 2021 with many more in various stages of completion. Nigerians are hoping that the release of the 13 million bags of rice should further depress its retail price in the market.

With the success recorded in rice production, it is encouraging that the country is turning its attention to wheat, the third most consumed grain in Nigeria after maize and rice. CBN estimates that we only produce about one per cent (63,000 metric tons) of the 5-6 million metric tons of wheat
consumed annually in Nigeria, and this explains why we spend a whopping $2 billion to import the grain every year. According to the CBN, wheat accounts for the second highest food import bill in Nigeria, thereby putting
pressure on the nation’s foreign exchange reserves. To produce enough wheat in the country should therefore be a task that must be done. With the ABP, our farmers have concluded the first major wet season wheat farming in Plateau State planting over 100,000 hectares of the commodity
across 15 States in the 2021 dry season. This intervention should help in reducing the nation’s wheat import bills over the coming years.

The government has also established a Strategic Maize Reserve with the
stock of maize submitted as loan repayment by the farmers. This will provide a buffer for price modulation for
the poultry and feed mills nationwide. A total of 241,656.76 MT was aggregated in the 2020 wet and dry seasons, out
of which 217,218.53 MT has been disposed to 18 millers and poultry farmers through the Poultry Association of
Nigeria. The program was able to stabilize the poultry and livestock sectors during the pandemic and saved the industry and consumers over N10 billion in raw material
costs.

Now, what’s the politics of the rice pyramids? Clearly, the massive display was a good showcase for an administration assailed everyday for the security challenges in the country. The risk however is a possible discontinuation of this programme or half-hearted implementation by Buhari’s successor.

The President leaves office next year and Godwin Emefiele in 2024. This means that the fate of the Anchor Borrowers Programme lies in the hands of the man or woman who would be elected President in 2023. We should give a thought to this.  In the last 25 years, Nigeria has achieved self sufficiency in the production of poultry, cement, SIM cards and rice. Very soon, we will end importation of wheat and petrol. If we could record such achievement in textile production, our collective prosperity would have been palpable.