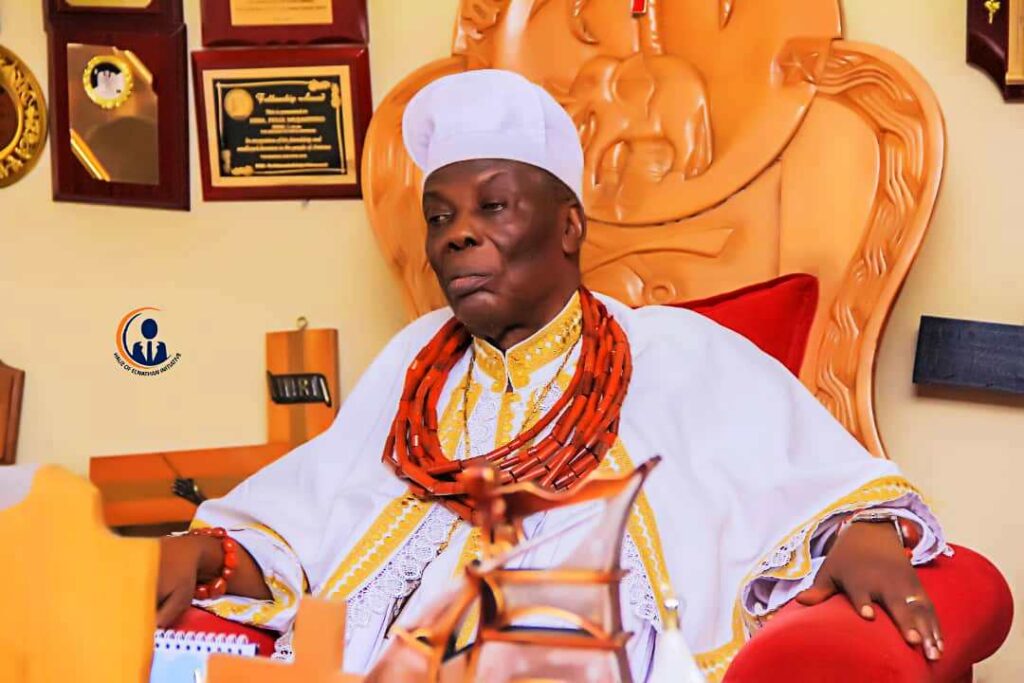 In a statement made in Abuja, Ebegba said ” I join well meaning Okpe sons, daughters and Urhobos in celebrating and congratulating the esteemed Orodje of Okpe Kingdom on his appointment as Chairman of the Delta State Traditional Rulers Council.

“The traditional institution is a strategic and pivotal institution that holds a lot of importance to the state in terms of ensuring peace, development and stability.

“Therefore, it is my sincere prayer and desire that this appointment will go a long way in improving the state and welfare of its citizens.”

The Evwreni born DG also extended his goodwill message to the first and second Vice Chairmen of the council namely HRM Pere Stanley P. Luke (The Pere of Akugbene-Mein) and Agbogidi Obi Henry A. Kikachukwu (The Obi of Ubulu-Unor) respectively, as well as the Ovie of Evwreni and other members of the council.

In conclusion Dr Ebegba who is being urged by supporters across board to contest the 2023 Gubernatorial election also expressed appreciation to Senator (Dr) Ifeanyi Okowa, the executive governor of Delta state for the apoointments, while urging the appointees to live above board in the discharge of their new responsibilities.

He said ” Finally, I want to thank the Executive Governor of Delta State, Senator Dr Ifeanyi Okowa for these appointments, wishing him the very best in governance.

“Similarly I urge all the appointees to lead by example and in patriotism, as they discharge their new responsibilities.

“MayGod bless is all and bless Delta State”.