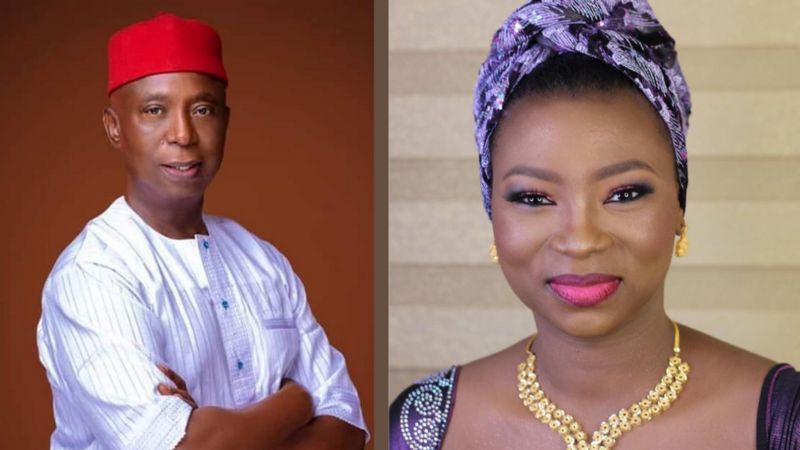 Jaruma remanded in prison over alleged defamation of Ned Nwoko

Hauwa Muhammed (aka Jaruma) is to spend the next three days in prison no thanks to the move by Nigerian lawyer and billionaire business tycoon, Ned Nwoko to make her pay for allegedly rubbing his name in the mud.

Following a charge of false news publication, intimidation and defamation of character against the former member of the House of Representatives, slammed on her by the police, an Abuja Upper Area Court, ordered that she be remanded in prison till Friday, when application of her bail would be heard.

Area court judge, Ismailia Abdullahi, while adjourning the matter also fixed February 23 for trail, while ordering Jaruma be remanded in custody in the Suleja Correction Centre.

Mr E. A Inegbenoise and Chinedu Ogada, leading the prosecution, had told the court that Ned Nwoko reported the matter through a written petition from his Lawyer to FCT Police Command for proper investigation on Jan. 20.

Inegbenoise, specifically said that the Jaruma, used various social media platform, particularly through her instagram handle to publish falsehood against the Delta-born business mogul and his wife princess Regina to members of the public.

He said the intention contained in the false news was to incite public hatred against Nwoko and his wife to damage their reputation adding that through the same Instagram handle, she also published that she gave N10 million to princess Regina Daniels to advertise her illicit product, unknown as Kayanmata.

The prosecutor further said that the defendant published that the complainant and his wife criminally collected her money but failed to deliver the purported contract which never existed.

Inegbenoise, also alleged that the defendant use the product to corrupt public morality through social media advertisement and other unwholesome activities.

He informed the court that the offence contravened the provisions of sections 392, 393, 397 and 418 of the penal code.

The defendant, however, pleaded not guilty to the charge.

The prosecution counsel prayed the court to grant him date to open his case against the defendant.

“However in view of the fact that the defendant was only arrested Jan 21 and granted bail without having the opportunity to question her.’’ he said.

“We prayed the court to remand the defendant in police custody for 7 days.

“This is to enable detectives to interrogate her; and execute search warrant in her apartments at her residents’’ Inegbenoise prayed the court

Odibe told the court that the two parties are celebrities and equally urged the court to grant the defendant bail on self-recognition or in the alternative, in the most liberal terms.

He submitted in addition that the defendant will not jump bail and that she was on police administrative bail.