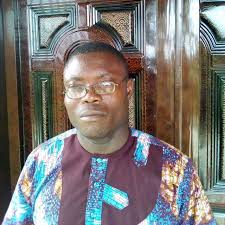 Former Delta State APC Acting Publicity Secretary, Ogheneluemu Sylvester Imonina, Esq who jumped last week for People Democratic Party (PDP) has berated the leadership and members of the Party for the “unwarranted, toxic and provocative media attack against his person”.

Sylvester Imonina, Esq recently resigned his position as the Acting State Publicity Secretary of Delta APC as well as his membership of the Party due to the shambolic and dysfunctional state of the party in the State.

At a recent mega rally organized by the ruling Peoples Democratic Party (PDP) at the Cenotaph, Asaba, Imonina wholeheartedly declared and pitched his tent with the PDP by openly reaffirming his earlier position that he and his followers have decided to dump the sickly broom for the vociferous Umbrella.

In a statement, Imonina said: “Joining PDP is his inalienable right to freedom of association that cannot be questioned and/ or circumscribed by any one.

“if Delta APC was fair to him and others who are still mentally trapped in the Party, he would not have decamped to PDP.”

Besides, he said he was now better informed of the unquantifiable achievements of Sen. Dr. Ifeanyi Okowa led-Government in the area of human capital and infrastructural development.

Imonina described Delta APC as an amalgam of people of crab mentality whose stock in trade is toxicity and engagement in war without end!

He said he left Egypt to Canaan and that no amount of false allegation or media blackmail would make him to look back.