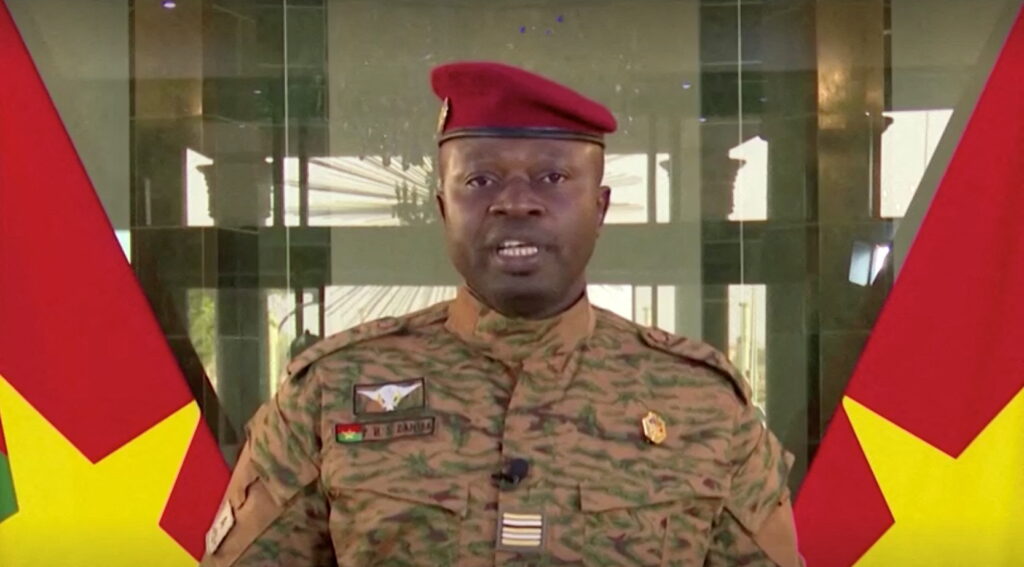 The coup in Burkina Faso rolled out sluggishly this Sunday like a slow coach leaving the terminus.

Next day, it gathered speed with the capture of then President, Roch  Marc Kabore.

That was when what the Economic Community of West African States, ECOWAS, called an attempted coup, transformed into another successful coup in Africa.

The scenario of soldiers employed to defend the territorial integrity of African states, turning service weapons bought with public funds, on the country, had been witnessed in 41 of the 55 countries in the continent.

Coup plotters are never short of reasons or excuses and are always in a hurry to reel them out while presenting those they are replacing by force, as devils that must be excised from the polity.

Often, the stated aims and promises of the plotters are never fulfilled as they merely settle into the cesspool of corruption and state robbery. Only a handful of coups have been in the service of the people.

In this regard, the 1969 Libyan coup by Mouammar Ghadafi and the 1983 Burkinabe coup by youthful Captain Thomas Sankara stand out.In fact, the earliest coups which were essentially to abort the African dream of independence, peace and development, were organised by the secret services of foreign powers.

The country was then handed over to a drunkard and mass murderer, Joseph Mobutu. Until today, the DRC remains unstable while the West continues to loot its resources.

The 1963 coup in Togo that unseated the post-independence government of Sylvanus Olympio was planned and executed by the French security services which also ensured that the unarmed prime minister was dragged from the premises of the American embassy and summarily executed at the gate. The country was then handed over to Sergeant Gnasingbe Eyadema whose son, Foure continues to rule that unfortunate country until today.

It was the CIA that planned and funded the February 24, 1966 overthrow of  Ghanaian president,  Kwame Nkrumah, the best leader Africa has ever produced.It is still unclear who the backers of the January 23, 2022 coup plotters in Burkina Faso are; are the plotters just another set of military opportunists, errand boys of the French or remnants of the treacherous former President Blaise Campaore regime?

The immediate reason given is the continuous push by Islamic terrorists. This has created fear in the peoples’ minds and also in that of the military which complains about inadequate arms.

The insecurity in  Burkina, like those of other West African countries, has merely worsened mass poverty which fuels general unrest and provides ready recruits for the terrorists and bandits.

In a region where 15 of the 16 countries were under military rule, coups have destroyed professionalism in the military and generals are produced not in the battle field or as a result of professionalism, but mainly through coups and counter-coups.

Some earn their pips by seizing radio stations and announcing the overthrow of incumbent governments. Hence, most armies in the continent are not professional, adequately equipped or attuned to fighting real wars.

So, they have found it difficult containing the ragtag terrorists rampaging through the countries. Also, with rampant corruption, huge slices of funds to equip the military have been stolen making them weaker.

There is a lot of reliance on foreign powers which  are mainly unreliable as they may work for both sides in the conflicts. Quite often, their interest is in the natural resources of African countries and they are ready to enter deals with whichever side can give them access.

While the governments in the region and the African Union have voiced their opposition to military coups, proactive steps have not been taken to bring perpetrators to book. If anything, beneficiaries of coups are sometimes compensated or get advantage over other citizens.

In Nigeria where the military ruled cumulatively for twenty nine years, a number of the emergent political elite are beneficiaries of military rule. In the last twenty three years of civilian rule, two former military rulers: retired Generals Olusegun Obasanjo and Muhammadu Buhari have been president for fifteen years. So, quite often, military culture dominates the post-military rule era.

The fabled international community, regional bodies like ECOWAS and continental ones like the African Union, AU, are also selective in their rejection or acceptance of military coups.

The Western conspiracy to steal Libya’s oil wealth and stop Ghadafi from further uniting Africa and perfecting his moves to float an alternative global currency to the dollar, led Africa further down the path of tragedy. After the murder of Ghadaffi and the destruction of Libya, the armed gangs, mainly Islamic terror groups that were unleashed on Libya, were neither reined in nor were their weapons taken.

These flowed into the West African Region and have fuelled the terrorism and banditry in countries like Mali, Guinea, Burkina Faso, Cote d’Ivoire, Cameroun, Chad, Niger and Nigeria. This is also the immediate trigger of the creeping coups in the region.

The African civil populace needs to be strengthened to resist bad governance even by elected leaders. The conventional armies in the region might not be able to withstand the insurgents who engage in guerrilla warfare. So, the populace needs to be mobilised to fight and destroy the terrorists. We also need the support of friendly countries in terms of mass training and weapons supply. Above all, mass poverty, hunger and runaway inflation must be tackled. Unless these urgent steps are taken, Niger Republic will be the next country to fall to coup plotters.

There is some puzzle. Latin America was the epicentre of coups in the world. The US alone, made 56 military interventions in the region overthrowing governments.

Also, it had the most vicious and brutal military regimes in history including Generals Fulgencio Batista in Cuba, Anastazio Somoza in Nicaragua and Augusto Pinochet in Chile. So why are coups making a strong return in Africa but a feeble one in Latin America?

Apart from the absence of Islamic fundamentalism, I think a major  reason as evident  in the November 10, 2019, ousting of President Evo Morales in Bolivia, is that Latin Americans having put up strong resistance against military adventurers, have become more enlightened, ready to stake their lives and more determined to pursue development goals rather than be cowed by military adventurers.