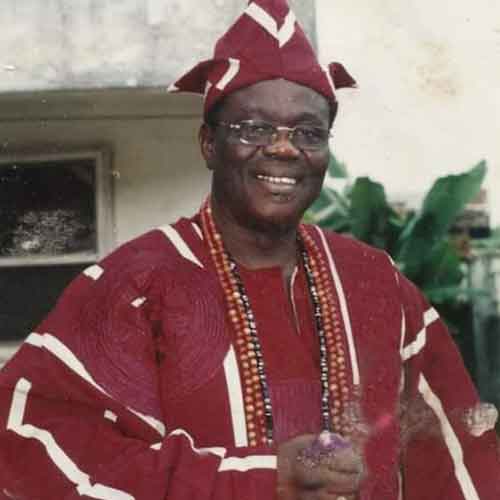 PERSPECTIVE – Elections: Putting the cart before the horse

The selfish and self-centred Nigerian political leadership and their short-sighted collaborators are gearing up for the rituals and rigours of elections regardless of the humongous unresolved maladies in the land.

It is needless recounting or listing the plagues in the unfortunate country called Nigeria because they are well known to both natives and the international community. Nigeria has become the joke of the world while her citizens are derided and pitied the world over. Nonetheless, the politicians who have for long held the country and the ordinary citizens by the jugular are busy plotting who and who would be the Chief Executives of their poverty-stricken states or the debt-ridden country itself.

Quite frankly one is at sea as to why any serious-minded citizens of a country would allow themselves to be treated like cows being driven with a stick. They should be asking themselves and their political adventurers what happened to the elections held four years ago, the elections held eight years ago and so on and so forth. The more elections held, the more impoverished the citizens have become while the merchant-politicians are getting richer, wealthier and more disdainful of the citizens who surrendered power to them.

Election is not our priority now.

In any case we are not running a democracy. What we have is a militarized archaic tyrannical dictatorship at all levels where unelected, handpicked officials run the show. Attorney General Malami does whatever tickles his fancy. The Minister of Defence, National Security Adviser, Comptroller General of Customs and his Counterpart at Immigration are laws unto themselves. We run a crude form of ‘plutogarchy’ a combination of oligarchy and plutocracy where the Moneybags and the Musclemen are the lords of the Manor.

State Governors have no say in the Security of their states. The Inspector-General of Police, handpicked by the President is by far superior to the elected Governor. Almost 90% of the entire country is under military jackboot in defiance of any law known to democratic practice anywhere in the world. Military chiefs amuse themselves with zany tags of ‘Operation Python’, Operation Cobra’, Operation Big Breast’, ‘Operation Bottomley’, ‘Operation Blue Murder’ leaving death and destruction in their wake.

The entire National Assembly and state Assemblies have not been able to bring back State and Local government Police as was entrenched before the Military threw our Democracy into the dustbin.

People brought forward to be voted for are products of the whims and caprices of godfathers, godmothers, godsons and goddaughters! In most, if not all cases, the so-called candidates are not known to the electorate. Why should a people be deceiving themselves that they are in a democracy?

What the politicians and their closet beneficiaries have been doing over the years is to go cap-in-hand to Abuja, collect hand-outs and share the loot, even before returning to their various state capitals and bring the remnants to pay part of salaries and pensions. What is the essence of elections in states that cannot pay salaries? Or states whose educational, health and transportation infrastructure have collapsed.

Millions of school-age children are out of school, millions of tertiary institution graduates are roaming the streets, hundreds are committing suicide, marriages are collapsing, Churches, Mosques and traditional places of worship are gleefully exploiting the poor masses and our cherished values have taken flight, and yet what concerns politicians is to carry on their trade, their investments, their self-glorification without care.

What the country should be doing right now is for non-partisan leaders to summon courage and begin deliberations on how to collapse the unviable states, allow indigenous people that want their Sovereignty to do so without further delay, recognize the reality that the geo-political contraption called Nigeria has never worked, it is not working and can NEVER work, except in self-denial.

No country which lives in self-deceit, in self-denial and pursues an arrogant self-serving policy of master-servant relations can survive let alone make progress.

We cannot be conducting elections that lead to nowhere. We are merely postponing the evil day. It makes sense if dwellers in an about-to-collapse building hurriedly pack their bag and baggage and leave in one piece than to wait for the cracked building to collapse on their heads.

Nigeria as it stands today on her wobbling feet serves only the politicians, their collaborators and the blinded who scavenge the crumbs. These are the only people who want the country to remain the way it is.

This piece is not [intended as]an indictment on anybody or any government. We have long passed the stage of blame-game. No mischief maker should consider this honest assessment as a call for secession or self-Determination. Those are outworn nomenclatures. It has long been established that Nigeria is not one country. Several political leaders have said so over and over again. It has also long been established that some sections of the country by their separatist laws, customs, and institutions have seceded without admitting it.

This country should save the little breath left in her nostrils by stopping wastage of her diminishing resources on bogus elections that achieve nothing for the citizens.

It should be added that the youths of Nigeria whose present is in serious jeopardy, and their future seriously mortgaged should find their voice and cry out. Their salvation is not in Yahoo-yahoo or the so-called money-making rituals. They should ask their elders to guide them with the heroic records of their predecessors…the youths of yesteryears and the feat they performed in challenging the status-quo.