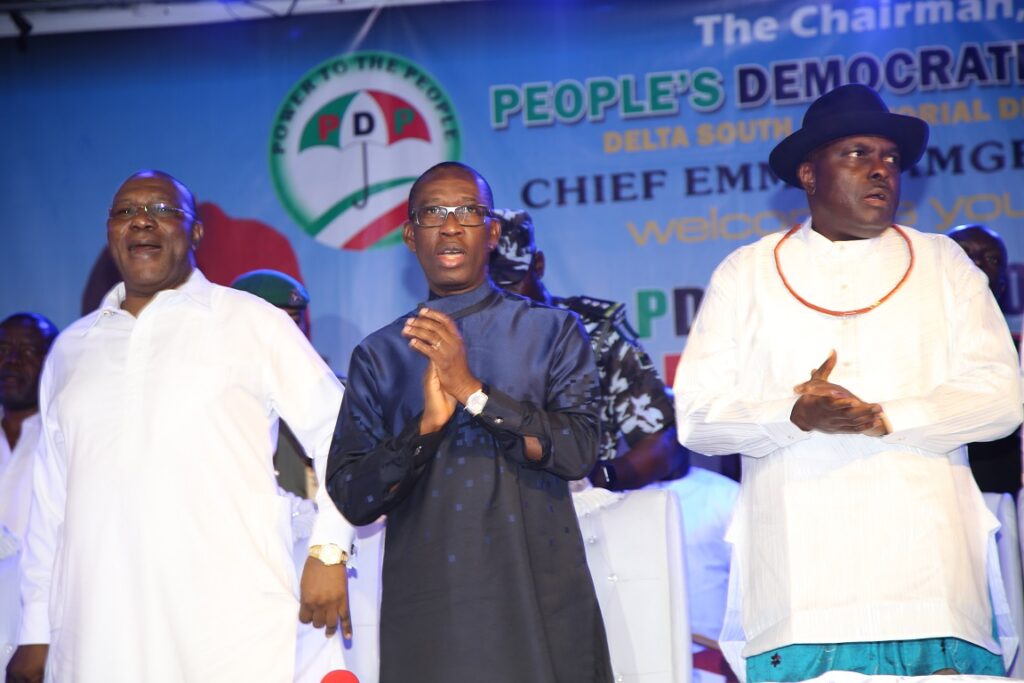 Chief_editor February 1, 2022February 1, 2022
Oritsewinor who commended the leaders for keeping the party strong noted that the 2023 governorship race is not dividing the PDP leaders.
He said , the Governor, Sen Ifeanyi Okowa has United the PDP into a united family that is focused on delivering more meaningful projects to the people of Delta State.
According to Oritsewinor, the opposition party in the state can testify to the fact that PDP administration has done marvelously well.
He further started that he is excited over the unity in the party which has made Deltans to believe more in the party.
“The unity of our great party PDP is paramount to us and that is why our leaders are not divided over the 2023 governorship race.
This goes to show how prepared as a party we are toward the 2023 elections .
The governor Sen Ifeanyi Okowa has done well with the achievements recorded in the past years.” he said .