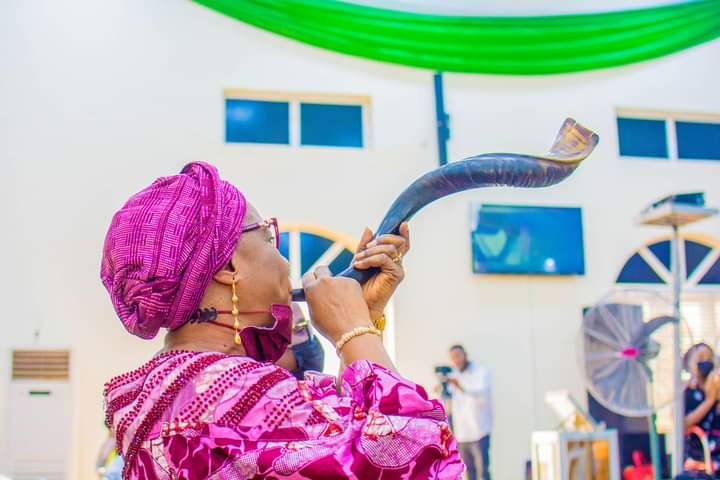 The wife of Delta State Governor and founder 05 Initiative, Dame Edith Okowa has charged mothers in the state to up their games and ensure that the present generation stand for God.

Dame Okowa stated this during the annual prayer conference of the 05 Initiative tagged ‘Mothers Arise, let your voice be heard, with the theme, “Breaking the cycle of destruction”, held at the government house Chapel, Asaba.

Dame Edith Okowa explained that the programme was geared towards reawakening mothers as watchers who must pray and watch over their families, insisting that it was time to pray for the family, the State and the nation considering the myriad of challenges bedeviling the nation.

Dame Okowa maintained that mothers in this generation have failed God, and that the way forward is for parents particularly mothers to turn a new leaf and genuinely seek the will of God for their children.

She urged all to live practical Christian lives daily and to continue praying for the youths, Delta State and the nation at large.

Earlier in a welcome charge, Mrs. Ngozi Bama admonished mothers to brace up to the challenge of raising godly children that would stand for God.

Mrs. Bama who was virtually weeping for the youths of present generation vehemently blamed mothers for the evils being perpetrated by youths in Nigeria as some mothers now aid and abate their children.

She stressed that training children entails teaching them the word of God, modeling righteousness and leading by example.

In a soul searching sermon, evangelist Kesiena Samson who quoted Psalms 144:11 traced the beginning of moral decadence in the society to the failure of the family, adding that the family had abandoned it’s responsibilities and God’s primary purpose of initiating the marriage institution there by creating a foothold for the devil to attack the children.

She said strange children have crept into the church, the education system, politics and all other segment of the society.

She said to raise godly children, every Mother must recognize the responsibility God had placed on her shoulder as a help meet to the man, and be firm to ensure the family succeed.

Ministers of the gospel, including Evelyn Okoma, Pastor Chuks Anizor, Reverend Charles Osemenam, and Pastor Greg Onyechie led the congregation through intercessory prayers for youths, father’s, pastors and their wives, traditional rulers, the state and the nation to break the cycle of destruction .