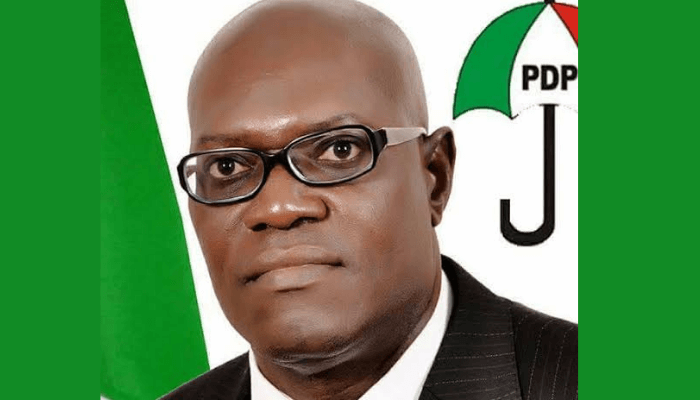 The Minority Leader of House of Representatives, Rt. Hon. Ndudi Elumelu has felicitated the State Chairman of the Peoples Democratic Party, PDP, Delta State, Olorogun Barrister Kingsley Esiso on the auspicious occasion of his birthday anniversary.

Elumelu in a statement on Friday, February 4, 2022, thanked God for the life of Barrister Esiso and said that he had used a better part of his life for the service of God and humanity.

Elumelu described the State Chairman of the PDP as a quintessential political leader who has demonstrated steadfastness, loyalty and love for the party in Delta State, saying that his chairmanship of the PDP in the State has been of tremendous value not only to the Party, but the State in general.

While celebrating Olorogun Kingsley Esiso for his maturity and charm, the Minority Leader applauded him for his devotion and incomparable support to the State Governor, Senator (Dr) Ifeanyi Okowa in bringing about peace and unity in the PDP in the State, leading to series of victories in elections and maintaining Delta State as a stronghold of the party in Nigeria.

“I am highly delighted to celebrate a man who has demonstrated so much energy and love for the peace, unity and progress of our great party in Delta State. Your immeasurable contribution to the stability in our party has impacted immensely to the Stronger Delta agenda of our tenacious and committed Governor, His Excellency, Senator Dr. Ifeanyi Arthur Okowa.

“On behalf of my family, the Minority Caucus of the House of Representatives, the People of Aniocha/Oshimili Federal Constituency, and Delta State as a whole, I heartily rejoice and congratulate you on this momentous occasion of your birthday.

“You have been a great source of joy and hope to us in PDP (Peoples Democratic Party) family in Delta State and as you celebrate the mercy of God in your life today, we pray the Lord God Almighty to enrich and bless you with good health and many more exceptional years ahead for service to God and humanity,” Elumelu prayed.