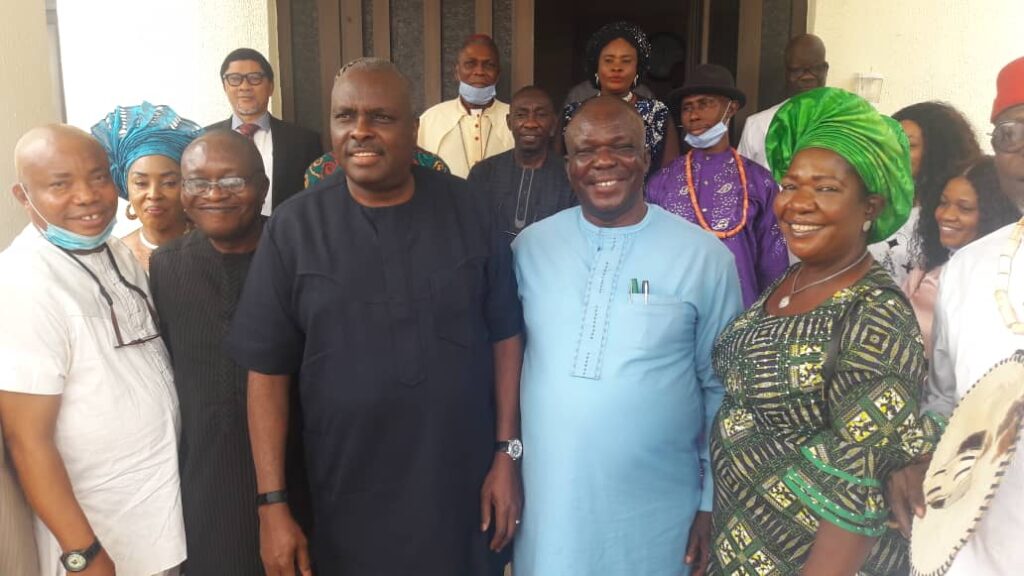 Former Governor of Delta State, Chief Ibori  has declared that he would do all within his power to uplift the stature of the state and not to reduce it.

“I respect my state, I love my elders and I will never reduce the stature of Delta State. The state has given me so much that I will have to respond in kind.”

Pointing out that he would eternally be grateful to Deltans for giving him the opportunity to be what he is today, he pledged to continue to advocate for what is good for the people.

The former governor who spoke in Asaba when he played host to the League of Professionals for Strategic Advocacy, a socio-cultural and political group, said Delta as a state had given so much to him and declared that he was ready at all times to defend the interest of the state even at the expense of his personal interest.

He challenged the members of the League of Professionals for Strategic Advocacy to continue to work for the peace and progress of the state. “It is when Delta is prosperous, when Delta speaks with one voice, the nation must listen. I have a moral voice to say what I believe in, and I will do that. When a town is not ruled properly, you use truth to govern it.

Where I am today, I will use my position to say the truth to uplift my state and my people. Do your work, take tough decision that will help the state, so that the progress that God has given to the state will be sustained.”

Fondly called Odidigboigbo of Africa, Chief Ibori said: “Don’t forget your beginning or where you are coming from because it will remain part of you. Delta State made us what we are and it should be paramount in our hearts because without it we could not have been what we are today.

“How to sustain the peace and development of the state should be our primary responsibilities. Personally, I will be eternally grateful to Delta State. Its interest comes first in my life. Delta has given me more and I will not reduce it.

“I will continue to advocate for the betterment of Delta. When Delta speaks the nation listen, we will continue to maintain that standard. I have a moral compass to do what is right for the state.” He stated.

The chairman of the League of Professionals for Strategic Advocacy, Mr. Pius Mordi noted that the group is an organisation committed to the peace and development of Delta State.

Commending the former governor for laying the foundation for a prosperous Delta State Mr. Mordi said: “God brought you for a purpose. You brought stability by giving all the components of the state a sense of belonging. The league is working for the greater development of the state.”

On his part, the Convener of the League of Professionals, Prince Obaro Unuafe, who equally eulogized Chief Ibori for his strides in the state described him as an enigma and a political collossus.

Obaro maintained that Ibori left huge legacies that were too big, recalling the struggle the likes of Ibori and late former Governor of Bayelsa State,  D.S.P Alamieyeseigha, put in to achieve the 13 percent derivation being enjoyed by the Niger Delta States in the country today.

“In 1999, you opened up the political space for youths to occupy different political positions and some of them have grown to be great politicians today. You are an advocate for equity and fairness among the three senatorial districts of the state. During the recent PDP rally in Asaba, you equally called on Deltans to rally round our governor, Senator Ifeanyi Okowa to enable him finish strong.”

The Convener however thanked Chief Ibori for the opportunity given to group to interact with him, noting that the meeting will forever remain fresh in their minds.