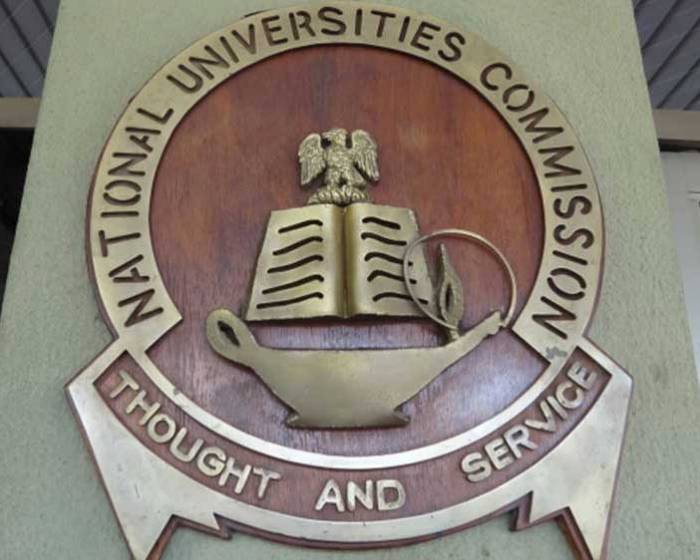 PERSPECTIVE – Whenever  universities commit criminality, the country dies a little

It was a sobering moment for me. Processing the fact that a number of tertiary institutions  in the country, from the oldest to the newest generation, are engaged in conscious criminality, especifically,  admission racketeering.

I had been part of a January 29, 2022 Stakeholders Meeting between the  Joint Admissions and Matriculations Board, JAMB and Media Executives. It was billed to be a social event where there was to be exchange of ideas between JAMB and its guests, but the information provided by the former was more a wakeup call for the country because whenever universities commit criminality, the country  dies a little.

JAMB, the  entrance examination board for all tertiary-level institutions in the country, is empowered to administer  admission into all such institutions. For this, it conducts a Unified Tertiary Matriculation Examination, UTME  for  all candidates seeking admission.

But what happens when about a million and half youths are made to undergo such standard entrance examinations, and a privileged handful  do not need  to meet  the minimum  scores, or even  take the examinations, before being admitted?   What happens when some of the institutions apparently sell admission spaces  or are actively involved in massive admission racketeering?

JAMB Registrar, Professor Is-haq  Olarenwaju Oloyede stood before the media executives reeling out figures of such criminal acts. They showed that in the three-year period between  2017 and 2020,  there were 812,570 illegal ‘under-the-table’ admissions.  This means that on the average, these educational institutions carry out  270,856 illegal admissions annually.  While in the period, the polytechnics engaged in 533,494 illegal admissions and the Colleges of Education involved in  175,349,  the universities fraudulently admitted 94,802  students to pursue degree programmes.

Tertiary institutions are not just places students study for degrees,  diplomas and certificates and engage in academic research, but are also where people are groomed and characters sculpted  or polished to enable them play transformational roles in the society. They are designed to be where students fully appreciate being respectable, trustworthy, responsible, caring  and having a sense of social justice and dedication to the universe. Yes, to the universe; that is partially why  the university  carries the name, universe.  Each university is designed as a universe; the sum total of everything that exists in the  worlds . So anybody  passing through it, is expected to develop his inner and outer personality enabling the graduate play positive roles in society.

Educational institutions are expected to also play moral roles and inculcate values. If a student is expelled for being a member of a cult gang, the message being sent is that it the institution does not encourage cultism in the bigger society or in the politics of the  country. So, educational institutions are not just places to learn concepts but also build the human being to his fullest potentials.  That is why the ethologist, Sathya Sai Baba cautioned that:  “Politics without principles, Education without character, Science without humanity, and Commerce without morality are not only useless, but also positively dangerous.”

The university of Ife (Now, Obafemi Awolowo University) which I attended, was not so much about passing examinations, it tried to inculcate in  its students, the  motto: “For Learning and Culture”  Yes, it is for learning, but also, for   African and universal culture; a culture that rejects oppression and stresses social justice.   So a university like that cannot afford to be involved in criminality.

But then, some other leading universities in the country according to JAMB, are implicated in such practices.  The University of Nigeria, Nsukka, UNN which was established in 1960, the year the country got its flag independence, has a motto: ‘To Restore The Dignity Of Man’  This  is quite noble. JAMB however discovered  that while UNN had an admission quota of 200 for  its Bachelor of Medicine and Bachelor of Surgery,  MBBS programme, it admitted only 106 legally, and rather than fill the balance vacancies from  amongst the 342 other qualified candidates, it admitted an additional 448 other candidates.  Also, while UNN has 250 official slots for law, JAMB claims it admitted 125 candidates  and: “Released another 240 on University’s portal”

The Mashood Abiola Polytechnic, MAPOLY, Abeokuta   had an admission quota of 12,587,  but JAMB said: “ Not a single candidate was admitted…” legally. Rather it:  “Admitted’ over 10,795 and went on to receive acceptance fee from 5,950 candidates not yet proposed to JAMB.”

The Nigeria Police Academy, POLAC, Wudil in Kano State was established in 1988 with the motto: “ knowledge for Service.”  JAMB discovered that  POLAC   changed the: “… programme of candidates… through (the) Academy portal without the consent of the candidates; ‘Admitted’ candidates who were already admitted genuinely into other institutions  (and)  ‘Admitted’ candidates who did not choose the Academy as first choice.”

In the case of the premier University of Ibadan established in 1948 with the motto: “Recte Sapere Fons” (To think straight is the fount of knowledge) JAMB discovered a number of discrepancies in its admission system.   This included denying a qualified candidate with a high Aggregate Score of 66.25 admission to read  Human Nutrition, rather offering  her  Agricultural  Extension, while admitting candidates with lower aggregate scores.  In another case, a student qualified to read Economics, was denied the course and forced to read Adult Education while another who was qualified to read Cyber Security was denied and forced to move to Physics.

However,  these admission rackets appear to be less scandalous than the admission  fraud committed through the Interim Joint Matriculation Board Examination,   IJMB and  Joint  Universities  Preliminary Examination, JUPEB  Programmes  which are equivalent to an Advanced Level Certificate qualification

In one uncovered case, a  private coaching-centre operated from the bowels of the  Kwara State Polytechnic, Ilorin without the institution’s officers being the wiser. The centre then began: “exporting candidates to Kabba, Kogi State for IJMB.” Such a centre is nothing but a ‘miracle centre’ where for fees, students are given  certificates that enable them get Direct Admission into  universities.

JAMB revealed for instance that when a  tertiary institution verified the IJMB examination results of 148 candidates admitted between 2019 and 2020, it found that only 6 results were genuine, the other 142, were fake. The Bayero University, Kano expelled 178 students for faking  IJMB results. The response of the Education Minister was to establish an A/Level Task Force, to sanitise the process.

However,  given the serious damage admission racketeering does to the psyche of the country and its  development, we  need to take more drastic measures. Beyond getting the tertiary institutions involved in admission racketeering to account for their criminality, Vice Chancellors, Registrars and Admission officers of such institutions  should be held individually liable even after leaving office. A few of them spending ‘sabbatical’ in jail will go a long way to sanitized the system.