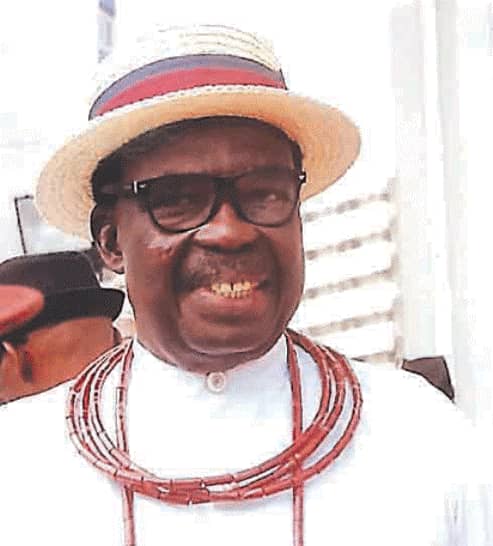 The families of Barovbe Obovwe of Ovu Inland and Ebeghre of Okpara Inland of Agbon Kingdom, both of Ethiope East Local Government Area, Delta State have announced the programme of events for the burial ceremony of the late Octogenarian, High Chief Johnson Barovbe.

A statement made available to newsmen by the family stated that the programmes would kick start with A Day of Tributes, Part One, that will hold at the Haven Event Centre, Oba Akinjobi Street, beside Archbishop Vining Anglican Church, Ikeja GRA, Lagos on Tuesday , February 15th, 2022, by 2.00 pm.

According to the release, A Day Of Tributes Part two will hold at the Urhobo Progress Union (UPU) Cultural Centre, Uvwiamuge, Delta State on Thursday, February 24th, 2022 by 1 pm.

“ The event for final burial ceremonies will take off on Friday February 25th, 2022 where it will lying-in-state from 8.00 am at UPU Cultural Centre at Uvwiamughe followed by a motorcade procession through Ekreravwe, Orhoakpor, Okpara Inland to Ovu Town Hall. There will be a burial mass at St. Theresa Catholic Church by 11.00 am, followed by interment at his residence. After interment, there will be entertainment of guests from 1.00 pm at Ovu Grammar School, Ovu, Ethioep East Local Government Area, Delta State.

“There will be thanksgiving and outing service at St. Theresa Catholic Church, Ovu-Inland, Ethiope-East Local Government Area, Delta State on Sunday, February 27th, 2022 by 10.00 am,” the statement explained.

Before his demise on December 27th, 2021 at the ripe age of eighty-two-years, Olorogun Johnson Barovbe was the proprietor of the prestigious Westminster College Lagos and Westminster Nursery and Primary School also located in Lagos.

He owned the triple title of Tosogbe of Badagry, Okunna of Agbon Kingdom and Ahwotu (crowd puller) of Urhobo Kingdom.

Barovbe was an Urhobo leader, astute businessman, educationist and philanthropist.

The deceased thereafter proceeded to Middlesex University, London and University of Bradford, West Yorkshire, UK for his graduate degrees.

He was awarded Federal Government of Nigeria Postgraduate Scholarship to study at University of Bradford, West Yorkshire, UK, for his postgraduate studies.

May his soul rest in perfect peace (Amen)