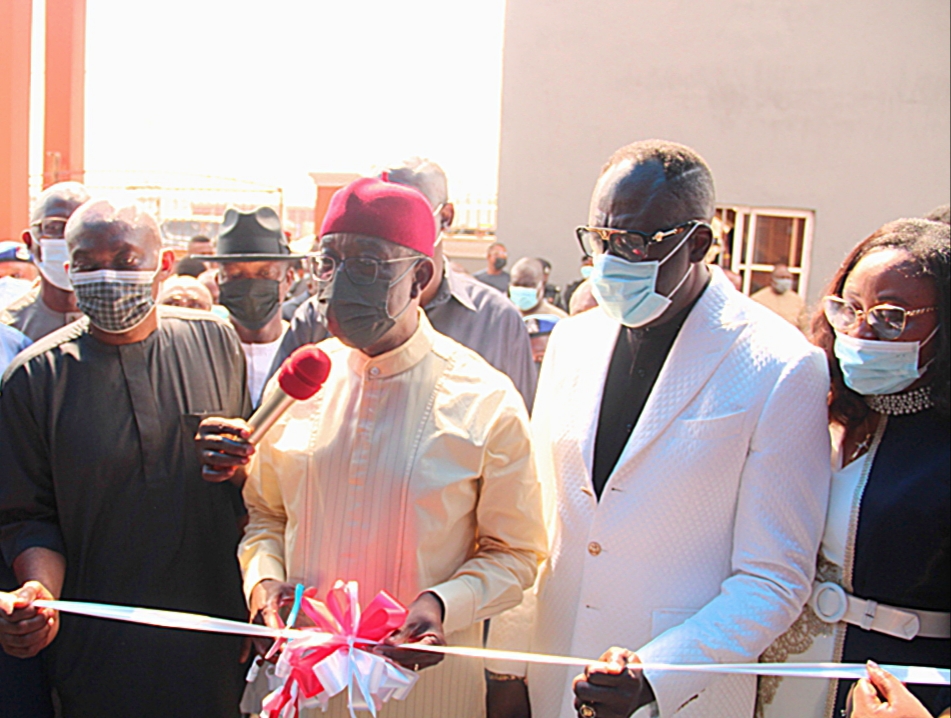 Governor Ifeanyi Okowa of Delta on Thursday announced that a contract for the construction of facilities for the College of Medicine and Health Sciences at the University of Delta, Agbor, Ika South Local Government Area of the state would be awarded in a few weeks.

Okowa made the disclosure at the opening of Royal Mira British College, Owa-Oyibu, Ika North East Local Government Area and said that contrary to deliberate falsehood being peddled in some quarters about the location of the college, it would be sited in the university’s premises at Agbor.

He said that it was at the backdrop of the rumours and blatant lies being peddled about the site of the medical college that the clarification became necessary, adding that those behind the deliberate false information were mischievous and disrespectful.

The governor said that he meant well for the state and the people and called on Deltans to support government’s programmes and policies as they were meant to improve their living conditions.

He expressed dismay at the false information about the location of the medical college of the university, saying that it was intended to cause disaffection among the people.

“I am glad that the Vice Chancellor of the University of Delta, Agbor is here and very soon, we will award the contract for the construction of the School of Medicine and Health Sciences.

“Let me put it on record that the College of Medicine is to be sited at the main campus of the university of Delta, Agbor.

“As Governor, it’s possible that I would have decided that the university be sited in my village and I don’t think that people would have crucified me. But, I chose to do the right thing. We did the upgrade of existing institutions to universities; so, for people to play politics with it I think its very insulting,” he said.

He disclosed that the Vice Chancellor of the university was already working with the consulting firm to put up designs for the project on the land which was just by the school.

Okowa advised the rumour bearers to desist from such and engage in things that would benefit Deltans rather than sending wrong messages to them.

“Enough of the dichotomy in this state. We must stop spreading not just rumours but falsehoods.

“We must learn to be supportive of the government so that working together we can truly develop our state and make it one of the best states among the comity of states in the country.

“We are already on track in that direction and it is my hope that we would work together to enthrone the next administration that would continue to build on the foundations we have laid,” he stated.

The governor congratulated the proprietor of the new school for the vision in giving back to the society and urged the teachers to keep the standards by developing the children character-wise in such a manner that they would be “well-schooled’’ morally and educationally.

He said “I am excited with what I am seeing here today. I saw the school spring up during construction and I must congratulate Elder and Deaconess Moses Iduh for investing in education not just for the rich but for the poor and the middle class.

“I am very convinced that this is the right school for children to study as their fees are competitive and affordable.

“Any money spent on education is not wasted because education is the best gift any parent can give to children.

“Let us continue to bring development to our various communities; when you create the enabling environment and people don’t come to invest you get discouraged but I am glad with investments like this.

“We will continue to do the best that we can to change the narratives of our people.”

Chairman of the occasion, Chief Paul Adingupu, commended the proprietor for the huge investment and urged the management to ensure that the fees were moderate so as to attract more students.

He called on the government to support the school with incentives in view of the high number of employment it had generated.

Earlier in his address, the Director and President of the school, Moses Iduh, had said that the school was equipped with modern learning equipment and had male and female hostels.

He said the underlying philosophy in establishing the school was to give back to the society and thanked Governor Okowa for creating the enabling environment for private investments to thrive in the state.