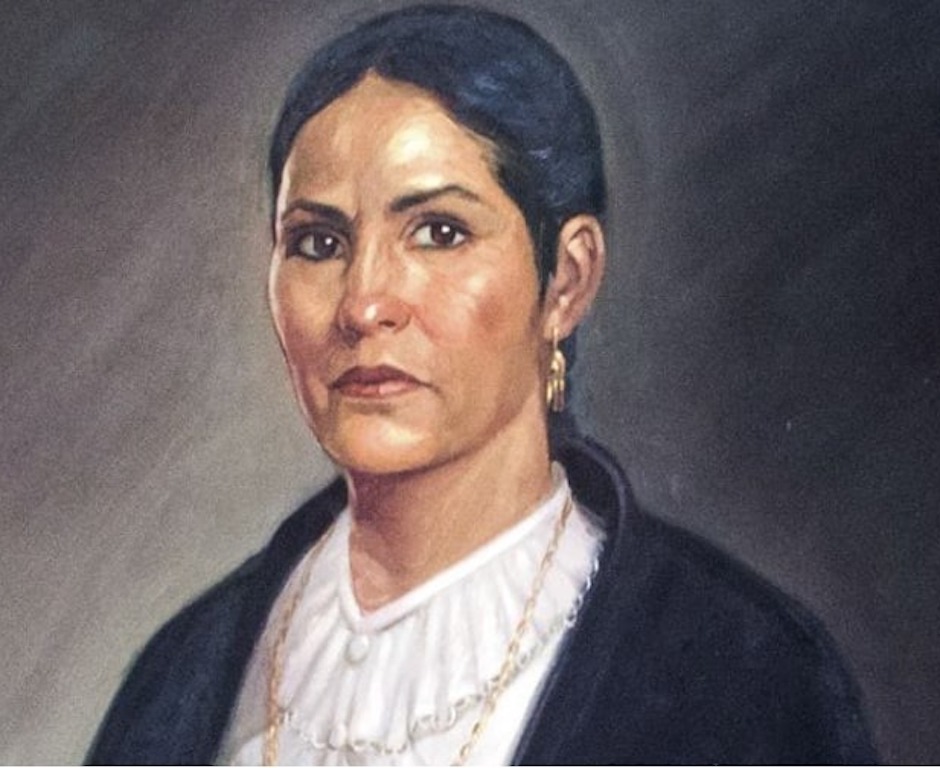 THOSE who derogatorily, unscientifically and unwisely call women the weaker sex, have not heard about the unarmed women in South East and South-South Nigeria who took on armed British soldiers in a series of battles.

The conflicts were ignited when Nwanyeruwa Ojim, an elderly native nurse in October 1929 protested against the decision of the colonialists to tax women.

She physically fought the colonial tax enumerator. She consequently mobilised other women which led to what became known as The Aba Women Uprising. The British sent in armed troops to confront the women protesters. In the clashes, 55 women were killed and 50 injured. Despite these crimes against humanity, the taxes the colonialists desperately wanted were, to use a Fidel Castro phrase, not only “unpayable, but also uncollectable”.

Yaa Asantewaa, 1840 –October 17, 1921, was the Queen Mother of Ejisu, Ashanti, Ghana. When the British exiled the king, who was her grandson, to Seychelles in 1896, she led the Ashanti army of 5,000 soldiers in war but was captured along with 15 other leaders who were all exiled to Seychelles. She died in exile.

Winnie Madikizela-Mandela was an innocent 22-year-old South African social worker who married an activist lawyer, Nelson Mandela in 1958. He was given life and she became his public face for 27 years. Her coming of age in the struggle for human progress was from May 12, 1969 when the evil forces of Apartheid detained her for 491 days, spending months in squalid solitary confinement. She subsequently unbanned herself and met the fascist Apartheid violence with the peoples’ violence. She became the Mother of a bleeding nation and was never conquered until she eternally bowed out on April 2, 2018.

Joan of Arc was a 17-year-old girl when she enlisted in the French army during the 100 years British-French War. She arrived in besieged Orleans on April 29, 1429 and played a prominent role in lifting the siege within nine days of her arrival. She moved to the Battle of Patay playing a major role in the defeat of the British. In May 1430, she led volunteers to take Compiegne, Northern France but was captured and handed over to her British enemies. She was tried for heresy and burnt at the stake. Joan was merely 19!

Those with the mistaken impression that women are the weaker vessel have certainly never heard of Micaela Bastidas, a courageous tactician and general in the Peruvian rebel army who as co-leader with her husband, Tupac Amaru II, led the war against Spanish colonialism in Peru. Born a Zamba (mixed parentage with an African father and indigenous mother) in 1747, she was essentially an unlettered housewife who married at 15.

Despite the couple with their three sons being wealthy, Bastidas urged her husband who was from the Incan royal line, to take a stand against Spanish colonialism and exploitation. This was after he had for a period, petitioned the Spanish colonial authorities to free the indigenous populations from the obligation to work in the mines or be subjected to forced labour. After exhausting these peaceful options, Tupac on November 4, 1780, issued an independence proclamation.

As co-leader, Bastidas recruited soldiers for the war, organised logistics, including arms, ammunition and finance, ran a spy network, a judiciary and ensured the loyalty of the peasantry. Walking barefoot through villages, she sold the rebellion as a religious obligation by all Christians and ordered the rebel soldiers to wear crosses on their hats as a sign of their faith. This was a winner in a highly religious society. She governed the liberated areas and became known locally as Clara [Queen] Micaela Bastidas.

Bastidas was quite conscious of the risks in leading the rebellion and once said: “For the liberty of my people, I have renounced everything…I will not see my children flourish”. At another time, she said: “I will die where my husband dies”.

She was a brilliant strategist and tactician. In a letter, she warned Túpac Amaru “that the soldiers did not have enough food, and although they were receiving a salary, that money would only last for a short time after which they would desert… because as you have noticed they act mainly out of self-interest… “.

When the rebel forces took the Yauri villages, she analysed the war and the next step of the colonialists. Based on this, she wrote her husband on December 6, 1780, not to tarry: “Thus, we will lose all the people I have gathered and prepared for the descent on Cuzco. […] I gave you plenty of warnings to march on Cuzco immediately, but you took them all lightly, allowing the enemy sufficient time to prepare as they have done, placing a cannon on Picchu mountain, plus other trickery so dangerous that you are no longer in a position to attack them.”

Then she added:” After I had finished this letter, a messenger arrived with the definite news that the enemy from Paruro is in Acos; I am going forward to attack them, even if it costs me my life.”

Eventually, when the assault on Cuzco took place, it failed and she, her husband Túpac their sons, Hipolito and Fernando and some rebel leaders were captured. It is part of the conjectures in history if the Peruvian uprising would have succeeded had Tupac taken immediate actions as his wife advised or had she escaped while she could, rather than decide to stick by her captured husband.

The prisoners of war were sentenced to death. On May 18, 1781, they were taken out for execution. Her son, Hipólito’s tongue was first cut out for having spoken against the colonialists; he was then hanged. Then she was forced to climb the platform. She began to fight her executioners on the platform until she was subdued and her tongue, severed. But she was still alive, and could not be hanged immediately because her neck was too thin to reach the winch.

So the executioners threw scarves around her neck and pulled from different directions. But she continued to struggle, so they hit her with a club and started kicking her breasts and stomach until she gave up the ghost. Her head was then severed and her body dismembered with the parts taken to various parts of the colony and displayed publicly.

Her husband was also executed, dismembered and the parts put on public display. Her 10-year-old son, Fernando was, due to his age, spared the death sentence but sentenced to life imprisonment and exiled from Peru. Whoever talks unwisely about women being the weaker vessel has never heard or read about Nwanyeruwa Ojim, Yaa Asantewaa, Winnie Mandela, Joan of Arc and the general amongst generals, Micaela Bastidas.