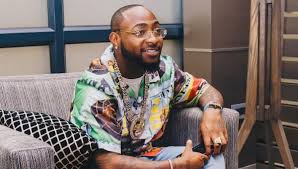 David Adeleke, popularly known as Davido, is a Nigerian-American singer, songwriter and record producer, who blends African music with mainstream pop, while Joshua, a Briton of Nigerian extraction is an acclaimed international boxer.

The founder and Chief Executive Officer of IA-Foundation, Mrs Ibironke Adeagbo, made the announcement in Abuja on Wednesday.

She was speaking at a pre-event news conference to announce plans by the foundation to stage its annual fund raising event on Feb. 26, to give succour to hapless children in Nigeria.

Adeagbo said the group settled for Davido and Joshua to be the face of hope for millions of kids, who might have become despondent and hopeless, especially those forced out of school because of insecurity and other socio-economic problems in Nigeria.

According to her, a former Education Minister, Dr Oby Ezekwesili, and the American education rights campaigner, Ms.Zuriel Oduwole are also expected to lend their voices to the out-of-school problem at the event, which would be staged via zoom.

“The education crisis in Nigeria is one that requires urgent, collective and concrete action to surmount.

She said that it was untenable for Nigeria, which is Africa’s most populous nation, to continue to be home to 13.2 million out-of-school children, adding: “we need to change this narrative and very quickly too!”

Adeagbo said that a hat donated by Joshua would be actioned at the fund raiser as part of activities to generate funds to promote inclusion for out of school kids in parts of the country.

According to her, the British Airways and other corporate organisations have also identified with the campaign, to give hope and a future to millions of Nigerian kids.

“The event will give participants an opportunity to brainstorm and find ways in which we can reduce the number of out-of-school children and improve the standard of education in Nigeria,’’ she said.

IA-Foundation, which is based in London and Lagos, has been exploring ways to collaborate with the Federal Government to tackle critical issues plaguing the education sector in Nigeria.

The News Agency of Nigeria (NAN) reports that UNICEF says there are 10.5 million out of school in Nigeria, the highest rate in the world.

NAN reports that UN Special Envoy for Global Education Gordon Brown also says there are about 11 million out-of-school children in northeast Nigeria alone due to the destructive activities of the Boko Haram terrorists. (NAN) (www.nannews.ng)