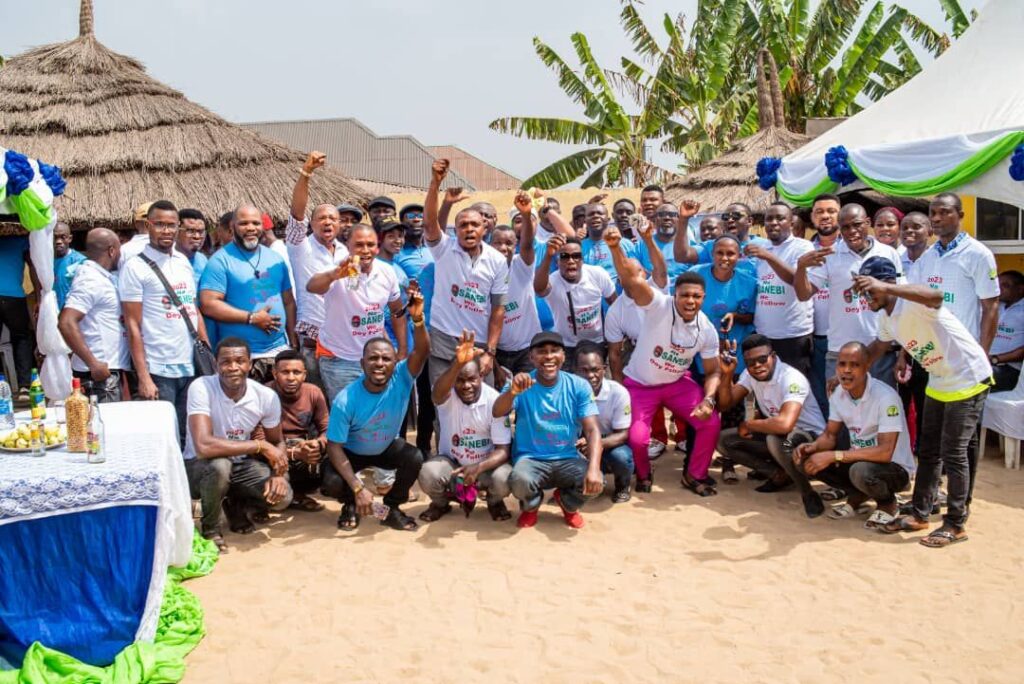 Ahead of  2023 general election, over hundred community and clan youth leaders of Ndokwa nation have declared their loyalty,  support  and unwavering commitment to Rt. Hon, Friday Osanebi, as they patiently await his declaration.

The youths which made the pronouncement in Kwale, revealed  that Osanebi has practically distinguished himself in politics and business and has no equal in capacity and charisma in the area.

Speaking to news men after the meeting this afternoon, Comr. Benjamin Onwubolu, National President of Ndokwa National Youth Movement said: “as the very first president of Ndokwa youths worldwide and a vibrant youth with capacity, we the youths of Ndokwa nation, have no other place to pitch our tent of support and loyalty ahead of 2023.

“He’s greatly loved and because of his uncommon philanthropic nature, he has a place in the heart of the people. Is it the youths, the women, boys or girls ? Every body in Ndokwa land is patiently waiting for his directive ahead of 2023”, Onwubolu added with enthusiasm.

According to the communique released after the meeting and endorsed by the youth presidents of the thirty seven (37) clans in Ndokwa land and the community youth presidents, the youths revealed that the political decision and direction of the former Deputy Speaker will inform their own direction, adding that they go where ever he goes.

The youths noted that Nigeria, Delta State and Ndokwa land in particular demands competent youths in leadership position in order to tackle the monumental challenges facing her.

They added that Osanebi possessed the  leadership qualities required for the transformation of Ndokwa land and delta state at large, but that they were not comfortable with his silence or reluctance in declaring his intention to contest the 2023 general election.

In his submission, the secretary of the group, Comr. Idi Presley noted that Osanebi has continued to distinguish himself in service to the people and has remained the pathfinder and symbol of the collective struggle of the youths of ndokwa nation, and the only way the youths can repay Osanebi’s love towards their welfare is to continue giving him their unflinching support.

In their separate reactions, youth chairmen of the three local government areas of  ndokwa nation: Comr. Chika Uwabuofu, Ukwuani LGA, Comr. Ifeanyi Ochonogor, Ndokwa West LGA, and Comr. Lungus Chukwuma of Ndokwa East, have vowed to mobilize the youths in their thousands from the communities, villages, hamlets and the roots of the grassroots of Ndokwa land to support the Empowerment Master, Friday Osanebi in order to do more for young people.