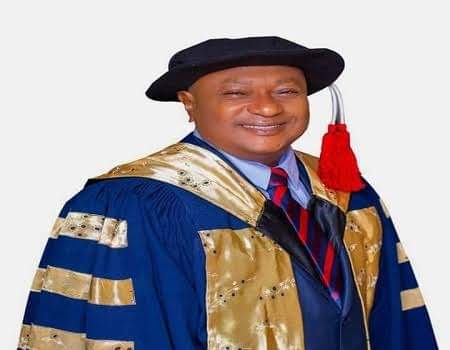 PERSPECTIVE – DELSU fees hike: In defense of school and students

The Delta state University Abraka is the epicenter of education in Nigeria.With about 30 thousand students, DELSU symbolizes the fortress of knowledge,acknowledged as the original fundamental light of society from where development emanates.

The idea of DELSU-human enlightenment for progress, confers social prestige so unassailable.For an all important institution that bears an enviable destiny, it therefore becomes easy to comprehend the raging disquiet in DELSU over school fees hike.

The management of the University had announced a new regime of tuition fees for the 2022/2023 academic session.The move reportedly increased the payments from 112,000 Naira to 160,000 with some categories of students particularly in specialized disciplines like law,Medicine and Nursing now paying fees ranging from 150,000 Naira to 240, 000.

The increment had outraged the students.

“We are not comfortable with the increase in school fees and we are standing against it…” Student union president, DELSU, Cyprian Odifili protested.

The distress of the students’ body is understandably pitiable and faultless.The enormity of the prevailing economic hardship weigh heavily on students,as the most vulnerable victims of Nigerian educational system against failing fiscal arrangement.Poor folks! Public universities in Nigeria are populated mostly by children of low income civil servants,struggling private sector workers,small scale business people and artisans.Their little earnings are too inadequate to handle basic needs competing for existential gratification.The public universities are the only hope of educating their children as they cannot cope with the private universities,so exorbitant in nature.

With the country’s inflation in all time sky high,every price adjustment inflicts more excruciating burden.Students and their parents /guardians at the mercy of a despairing economic anomie. Only the foolish or insensitive can fail to empathize the dire straits of the students.

But there is a sad reality.Public tertiary schools in Nigeria are entrapped in a cauldron of scarce resources and underfunding occasioned by dwindling harsh economy and other draw backs. Most of the universities had to resort to increment in services, a national phenomenon,not peculiar with DELSU.The perennial strike by the Academic Staff Union of Universities,ASUU, captures the dilemma of university education in Nigeria.The universities are groaning to survive. Unlike their foreign counterparts,they cannot engage in meaningful research necessary for technological breakthrough or finding solutions to social phenomena, the core objectives of academic scholarship. Their future so frightening.They must seek areas of funding or die!

Nonetheless, no university worth its name,even in the face of Herculean challenges, would lapse idle into oblivion.The management of Delta state university is no doubt in the eye of the storm.Hike in school fees tastes a bitter pill. According to the DELSU management, the increase had become inevitable as government caters for about 75 % of the cost of running the university including salaries and critical infrastructure while the school takes care of sanitation, electricity power supply, internet services, academic research and internal security among other vital expenditures.

For a Vice Chancellor,Professor Andy Ogochukwu Egwunyenga,with undeniable pedigree, the unease in DELSU however calls for calm. The VC shares the optimism that the hike represents “ a pro active far sighted measure to ensure that the University survives “

Since he assumed office on December 1st, 2019, Professor Egwuyenga had toiled hard to keep DELSU on sound footing.The university’s primary assignment of scholarship today,unarguably stands in its apogee. In comparative analysis,It is among the least fee-paying universities in Nigerian with the lecturers regularly paid their monthly wages ,among other benefits even in the face of difficulties.

DELSU was ranked 38th in Nigeria among 30,000 universities in 200 countries by global education monitor, Webometrics, in 2020.The university made a giant leap from 78th position in Nigeria to 38th and from previous 19th position to 7th among state universities.

It also emerged 24th in overall ranking of Nigerian public universities in academic impact according to a 2021 peer review by reputable evaluation group,EduRank. The National Universities commission NUC also recently ranked the institution number 3 among state universities. DELSU never had it so good since it was established by the civilian government of the late Chief Felix Ibru in 1992.

An excited Director,Ceremonials and Information of the university,Professor Ben Nwanne, had noted then that the salutary glory was a function of the enlightenment and committed leadership of Professor Egwuyenga as vice chancellor.

The icing on the cake,by credible opinion is that the state -owned university has also scored admirable marks in infrastructure growth,with the improved aesthetics in parts of the institution,dedicated to the advancement of learning and the good of the students.

The permanent site of the university was like a jungle,covered with dense bushes and dilapidated abandoned structures when Professor Egwuyenga assumed office. Students and staff morale was generally low. Today, impressive network of access roads, academic and administrative buildings had risen here and there to beautify DELSU. Hostels are being rehabilitated by a task force of school personnel and students’ representatives. Classrooms better equipped.Available funds frugally utilized. Within the university community, Professor Egwuyenga is credited as a liberal administrator with transparency,self esteem and proclivity for team work.

Integrity is everything.Professor Egwuyenga must keep his eyes on the ball. Courage is best served under fire.Service sustained by experience,focus and resilience.Those who remember his days as Rector of Delta state Polytechnic Ogwashi Uku, in Aniocha South local government area of the state would easily recall his go -getter personae.The Professor of parasitology placed the polytechnic in excellent heights and left an institution steeped in peace,honour, and team work.

His call to the saddle in Abraka no doubt rebases his track record in Ogwashi -Uku.That his appointment as DELSU Vice chancellor was greeted with widespread acclamation among intellectuals and the general public reinforced his progressive characteristics.

A lamp set on the hills cannot be hidden.Hopefully, the situation in DELSU is a temporary test,far from irredeemable.The man at the helm is generally seen as responsive ,never irresponsible. He knows his beat .He did it before.He will do it again.

So far the university leadership and the students union have been able to manage their challenge.

Fair enough,the students union executives while engaging the school authorities, have commendably stated that they” will explore all peaceful means and all dialogue processes in addressing the contentious hike in fees.

DELSU management had since opened dialogue with the students’s union and the earnest desire of parents and education stakeholders is that amicable resolution would come soon.The will of the Vice chancellor and his team to drive the process in a manner that satisfies both parties is undoubtable. The university meant good.The students meant well.

To show good faith, the school management has initiated some measures including a work – study scheme to enable the students earn income to support their education. According to the DELSU authorities, “ Over 50% of the participants in the work-study scheme shall be new students who are the ones affected in the fees adjustment” and the gesture would be extended to the Oleh campus of the university.The payment of fees in two installments spread over two semesters is also permissible.

While the school has assured that the variation in break down of fees in some faculties is being addressed,it pledged to step up deliberations to resolve all outstanding issues for the betterment of the university community.

That is the best way to go in DELSU with a well groomed academic as Vice chancellor.