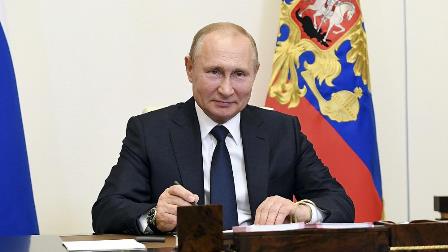 PERSPECTIVE – The Cancellation of Mother Russia Is Underway

With every passing day, the war in Ukraine becomes a bigger tragedy for the Ukrainian people but also a bigger threat to the future of Europe and the world at large. There is only one country that might have the power to stop it now, and it’s not the United States. It’s China.

If China announced that, rather than staying neutral, it was joining the economic boycott of Russia — or even just strongly condemning its unprovoked invasion of Ukraine and demanding that it withdraw — it might shake Vladimir Putin enough to stop this vicious war. At a minimum, it would give him pause, because he has no other significant ally aside from India in the world now.

Why would President Xi Jinping of China take such a stand, which would seemingly undermine his dream of seizing Taiwan the same way Putin is attempting to seize Ukraine? The short answer is that the past eight decades of relative peace among the great powers led to a rapidly globalizing world that has been the key to China’s rapid economic rise and the elevation out of poverty for some 800 million Chinese people since 1980. Peace has been very good for China. Its continued growth depends on China’s ability to export to and learn from that world of steadily integrating and modernizing free markets.

The whole Faustian bargain between the Chinese Communist Party and the Chinese citizenry — the C.C.P. gets to rule while the people get to be steadily better off economically — depends to a significant degree on the stability of the global economy and trading system.

To Chinese strategists caught up in old-think — that any war that weakens modern China’s two primary rivals, America and Russia, has to be a good thing — I would say the following: Every war brings with it innovations (new ways to fight, win and survive), and the war in Ukraine is no exception.

We have already seen three “weapons” deployed in ways we’ve never seen before or not seen in a long time, and China would be wise to study them all. Because if China doesn’t help stop Russia now, these weapons will either ultimately hammer Putin into submission — which means they might be used against China one day, should it seize Taiwan — or damage Russia so badly that the economic effects will radiate everywhere. These weapons might even prompt Putin to do the unthinkable with his nuclear arms, which could destabilize and even destroy the global foundations on which China’s future rests.

The most important innovation in this war is the use of the economic equivalent of a nuclear bomb, simultaneously deployed by a superpower and by superempowered people. The United States, along with the European Union and Britain, has imposed sanctions on Russia that are crippling its economy, critically threatening companies and shattering the savings of millions of Russians at an unprecedented speed and scope that bring to mind a nuclear blast.

Putin has now figured that out — and said so explicitly on Saturday: The U.S.- and E.U.-led sanctions are “akin to a declaration of war.” (Vladimir, you haven’t felt the half of it yet.)

Second, because the world is now so wired, superempowered individuals, companies and social activist groups can pile on their own sanctions and boycotts, without any government orders, amplifying the isolation and economic strangulation of Russia beyond what nation-states are likely to do. These new actors — a kind of global ad hoc pro-Ukraine-resistance-solidarity-movement — are collectively canceling Putin and Russia. Rarely, if ever, has a country this big and powerful been politically canceled and economically crippled so fast.

The third weapon is both new and old, and it’s a spiritual and emotional one: The West has rediscovered its voice. Faced with the raw, primitive onslaught by Russia against a flawed but aspiring democracy like Ukraine, the free world has been aroused. America and liberal societies in general can often look and act dumb and divided — until they aren’t. Ask Adolf Hitler.

These three weapons should be enough to get China’s attention. So let’s look closer at how they work in practice.

The Biden administration, in an effort to deter Putin, assembled a powerful package of deep and broad economic sanctions and warned the Russian leader that if he invaded Ukraine, he’d be betting his whole farm — the economic viability of his country and regime. Tragically, Putin bet the farm, and the results have been swift and merciless.

The Russian ruble-based stock market has been closed ever since Russia’s major financial institutions were either placed under sanctions or thrown off the Society for Worldwide Interbank Financial Telecommunication (SWIFT) system, Barron’s reported, but “the dollar-denominated secondary listings of Russian companies in London are still trading. The destruction of market value is astonishing.” It added that shares in Sberbank, Russia’s largest bank, “have collapsed more than 99 percent since mid-February, when its stock traded at around $14.” Last Wednesday in London trading, Barron’s noted, “the shares bottomed out at 1 cent.”

On Thursday the rating agencies Fitch and Moody’s “downgraded Russia by six notches to ‘junk’ status, saying Western sanctions threw into doubt its ability to service debt and would weaken the economy,” Reuters reported.

Ever since Putin faced sanctions in 2014 for annexing Crimea and fomenting rebellion in eastern Ukraine, he has been amassing reserves of foreign currency and gold — some $630 billion worth — to try to insulate Russia from more global sanctions by giving his central bank all the ammo it needed to protect the value of the ruble. Or so he thought.

“It turns out that Russia’s foreign reserves strategy had a major flaw: About half of the money was held overseas in foreign banks — and now Russia can’t get to it” because of the sanctions, noted Fortune. So the ruble savings of many Russians are being ravaged.

Bloomberg quoted Marina Gretskaya, a 32-year-old Russian living in London who moved last year to work in communications. She kept a ruble savings account in an online Russian bank, Tinkoff. Two weeks ago, her assets there were worth $7,400. On Monday, the ruble plummeted more than 30 percent against the dollar. That evaporated more than $2,000 from her savings. “It’s a month’s salary,” she said. The same is almost certainly true for tens of millions of Russians — and it’s just starting.

Oh, and by the way, in this wired world, guess who owns a significant portion of Russia’s commercial airline fleet.

Roughly two-thirds of Russia’s commercial airliners were made by Boeing (334 jets) or Airbus (304), Reuters reported. A significant portion of those are owned by Irish leasing companies. The Dublin-based AerCap, the world’s biggest airplane-leasing company, owns “152 aircraft across Russia and Ukraine valued at almost $2.4 billion,” The Irish Times reported. In addition, the Dublin-based companies SMBC Aviation Capital and Avolon own 48 aircraft between them that are leased to Russian airlines.

E.U. sanctions require those companies to repossess all those planes on lease to Russian airlines by the end of March. And Boeing and Airbus announced that they will no longer service or provide spare parts for any of these planes. On Saturday, Russia’s state airline, Aeroflot, said that it would suspend all international flights because of “additional circumstances that prevent the performance of flights.” Domestic flights are sure to follow.

Russia spans 11 time zones. If this persists, the grip of the Russian central government over the Russian landmass could begin to loosen. In the Russian Far East there are a lot of cities closer to Beijing than Moscow. Just saying …

Now add the sanctions, boycotts and pressure points coming from the superempowered nonstate actors. My favorite is Jack Sweeney, a 19-year-old University of Central Florida student who created a Twitter account — @RUOligarchJets, or Russian Oligarch Jets — that tracks the private jets of Russian billionaires close to Putin. “While the 19-year-old is hardly the only person to offer such services,” noted Bloomberg, what makes his account different is its “easy accessibility and the enticing window” it offers on the lives of Putin’s cronies.

The account garnered 53,000 followers in just a few days, and it now has almost 400,000; a single individual, Sweeney is making it more difficult for Putin’s pals to hide their often ill-gotten wealth.

This is the globalization of moral outrage: It goes from watching a short video online showing Russian soldiers firing on a Ukrainian nuclear energy facility to an employee posting that video on his or her Facebook page to a group of employees emailing their bosses or going on Slack — not to ask their C.E.O.s to do something but to tell them they have to do something or they will lose workers and customers.

It is happening in companies all over the world. Shortly after Putin invaded Ukraine, BP, on its own, said it was quitting its operations in Russia after working with an oil firm there for roughly 30 years. For Russia to lose the petroleum engineering talent of BP is a huge blow.

Russia and Russians are now being canceled from every direction — from ballerinas to soccer teams to companies to orchestras — and it is being driven increasingly by superempowered individuals and small groups. And when the cancel juggernaut gets going globally, it acts without mercy. As The Times reported last week, “A day after organizers of the Paralympic Winter Games announced that they would allow Russian and Belarusian athletes to take part in the competition, the board made a stunning reversal and barred athletes from both countries on the eve of the opening ceremony.”

There are two big dangers, though, with these innovations. If the economic nuclear bomb that the United States and its allies just detonated in Russia crushes its economy as quickly and deeply as I suspect it will, there is a danger, however remote, that Putin will go to greater, even unthinkable extremes, like launching a real nuclear weapon.

The second danger — and China, in particular, should keep this in mind — is that while nation-states may choose to lift their sanctions at some point for hard-core realpolitik reasons, the nonstate actors may not. These are highly decentralized organizations.

When Anonymous, the global hacker consortium, announced that it was attempting to take down Russian websites, that was not by government order; it just acted on its own. Who does Russia call to get Anonymous to accept a cease-fire?

Putin was a total ignoramus about the world he was living in, and so he bet the farm in the 21st-century casino of globalization, where, in the end, the house always wins — or there is no house left.

There are signs that China recognizes some of these new realities — that no country is too big to be canceled in the wired world. But its initial instinct seems to be to try to insulate itself from that reality, rather than step up to help reverse Putin’s aggression. To which I say: Good luck with that. China cannot be connected and disconnected at the same time.

So I hope not only that China’s leaders don’t bet their farm on a quick grab of Taiwan. I hope Beijing joins instead with the West and so much of the rest of the world in opposing Putin. China would emerge as a true global leader if it did that. If it chooses instead to ride with the outlaws, the world will be less stable and less prosperous for as far as the eye can see — especially China.

What will it be, Xi?