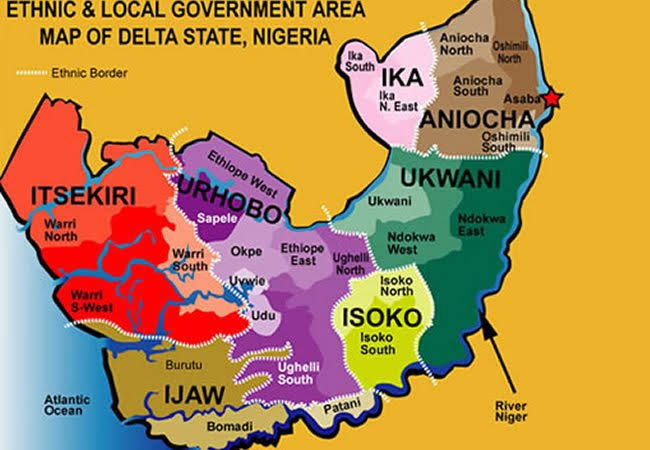 I read yet another mind boggling perspective by Fred Latimore,the EA to the Governor on communication, trying to convince Deltans why governorship power should go to Delta Central in 2023.One of the fallacious arguments he advanced was that Delta Central cannot wait for more than 16 years to have back the Governorship.

This arrogant posturing is bound to grieve the Isokos,the Ndokwa people and the Ijaws which have waited for 24 years already to taste the Governorship.

Latimore should remember that we are dealing with people and not geographical boundaries that have no spatial location. Senatorial district is not a person.We are dealing with flesh and blood with feelings and sensibilities.Granted that the expectations of the Urhobos will be met in 2023 if an Urhobo man becomes a Governor but what happens to the feelings of the Ijaws and the Isoko people?

I will say it again and again that the Urhobos do not have any moral right to talk of power shift .They have been the worst violators of the concept and cannot now be it’s beneficiary.What an insult for Latimore to advice the Ijaws to wait till 2031!Who did the Urhobos wait for?

Did the Urhobos wait for Delta North in 2015? Did David Edevbie not attempt to wrest power from Dr Okowa? The Ijaws, I repeat, are the real waiters,having waited from 1999 till today,supporting every successive government.

The Ijaws are saying that they deserve the Governorship as much as the Urhobos.They are not saying that an Urhobo man should not contest.All they ask for is a level playing ground for a Governor to emerge democratically.The Ijaws welcomed the DC-23 when they came to them for lobby/consultations.

Fred Latimore’s veiled threat that Delta State will witness political crises if Delta Central does not clinch the Governorship in 2023 has no basis. Delta state will witness more peace if an Ijaw man becomes Governor in 2023.

Why do I say so? The plethora of Delta Central Governorship aspirants is already leading to implosion as they are unwilling to put their house in order. The level of mudslinging, character assassination amongst the Delta Central aspirants is already a recipe for crises. If Delta state must remain one indivisible, united State let us sit down and reason together. There are five political fingers in Delta State Isokos, Itsekiris, Ijaws, Urhobos and the Anioma.They are all legitimate children of one mother whose breast they have been sucking in turn since 1999.From 1999-2007 the Urhobos sucked mama,s breast,the Itsekiris then sucked for 8 years (2007-2015) before the Anioma took over sucking in 2015.

Having waited for this long the Ijaws and the Isokos are getting malnourished, famished and even despondent. The Ijaws are therefore asking that they be allowed to suck mama’s breast in 2023 having forgotten the taste of milk.

That is the scenario we have today and we have to sit down and think objectively. The Delta South Senatorial district has it’s peculiarities. It is the only Senatorial district in Delta State that parades three distinct ethnic Nationalities with their languages almost mutually unintelligible.

It is the greatest travesty to assume that Uduaghans,s government covered the Ijaws and Isoko people. One is even tempted to say that Uduaghan was more of an Anioma Governor than an Itsekiri Governor.Show me one landmark development that Uduaghan attracted to the Itsekiri people. If he could not help his people for eight years why do we think his administration favoured the Isokos and the Ijaws?

One analyst even said it was a wasted slot. Let us be fair to one another. The Ijaws, more than any ethnic nationality has put in a lot to stabilize the polity. Their patience and resilience should not be mistaken for stupidity.

Let the Ijaws contest. If they lose they lose. But let no man tell them again to wait till 2023 as it is the most insensitive political statement that can potentially infuse bad blood into the 2023 election