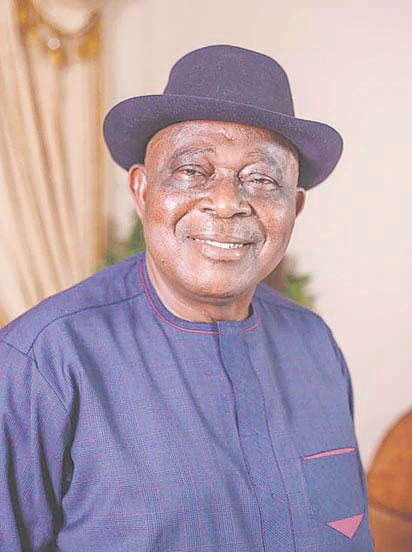 Macaulay mourns Senator Osakwe, says he was a household name

The Director General, Warri-Uvwie Development Agency, Comrade Ovuozourie Macaulay has commiserated with the Osakwe family of Ugiliamai community in Ndokwa West council area of the State, over the death of their patriarch, Senator Patrick Osakwe.

Osakwe, a shrewd business man whose business empire dated back to the 70s, and bestrode the landscape of the defunct Bendel State, was a notable politician of immense influence. He reportedly died on Tuesday at the age of 73.

In a condolence message issued in Asaba, Macaulay, a former Secretary to State Government (SSG) said that late Osakwe was a man of destiny who lived a fulfilled life with a knack for success in all the fields of endeavor that he ventured into.

“In the late 70s and 80s Osakwe was a household name in the former Bendel State with his different business outfits especially the Flash pools and the Flash Flamingoes Football Club.

“At the Senate, Senator Osakwe did not only represent his constituency, Delta North, but was a vibrant and unmistakable voice for the growth and development of the State and the Niger Delta region.

“He will sorely be missed not just by the family but by the political class especially now that the transition politics is gaining momentum in the State. His wise counsel at this time would have been useful in stabilizing the polity.

Macaulay prayed to God Almighty to grant the deceased eternal rest as well as give the family, the friends and the Ndokwa nation, the fortitude to bear the loss.