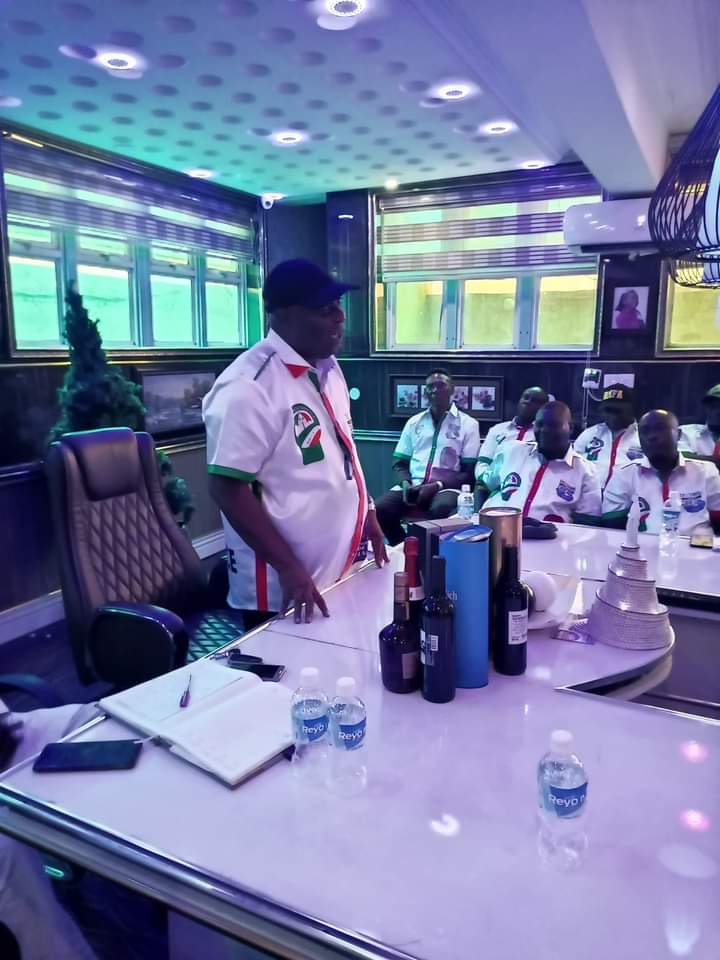 WARRI/Nigeria: As the primaries for the 2023 elections draw close based on the Independent National Electoral Commission, INEC, released timetable, and with various aspirants moving and consulting with stakeholders in Delta State, a governorship aspirant, Chief Dr. Braduce Amakazi Angozi, has charged his LGA Coordinators to see the drive to govern the state as their own project.

The quiet and unassuming politician, who is a chieftain of the Peoples Democratic Party, PDP, stated this during the inauguration in Warri, of his campaign coordinators for the 25 Local Government Areas of the state, on Saturday March 19, 2022.

He told the coordinators that they were carefully selected for the job, and should not see the assignment as ward coordinators, that of Braduce Angozi, but rather a project for the benefit of each and everyone that was inaugurated as a coordinator.

“I want to appeal to you, to take this job as a personal job, and not that of Braduce Angozi. If we can do this in every of our ward, we will come out victorious, and we all will be happy at the end,” he Said.

Dr Angozi stated that the inauguration may be coming late, as many had been insinuating, but he believes that it’s not those who started first that will win the race, and that behind the scene he had been engaging with a lot of stakeholders in the state about his ambition to govern the state.

“Before today, many have asked questions as to why I have not come out publicly, but be assured, I have been working from behind the scene, talking and discussing with leaders and stakeholders of our great party, PDP.

“We should know that not the one who starts first, will come out first. My doing this now was deliberate, but now that the coordinators have been inaugurated, let us go out in our various wards, and work for our victory. Talk to the delegates, get them to our side,” he said.

He assured the inaugurated Coordinators that they should not in anyway be deceived by the rumours and insinuations by some persons that the Governor, Senator Dr Ifeanyi Okowa has anointed a candidate, saying that the governor cannot descend to that level after assuring PDP faithful of a free and fair primary, to now turn around to pick one person.

“I assure you one thing, you will never regret working for this vision, let us individually put our best, to ensure victory, and get the party’s ticket.

“And again, the issue of the Governor, Senator Ifeanyi Okowa anointing someone out of the numerous aspirants from the party is just false. He told party faithful that the primaries in the state will be free and fair. And I can assure you he still stands by that.”

Angozi can be considered as an underdog in the race to the government House Asaba, as he has not come out much like the other aspirants, who daily have been traversing the states to curry stakeholders publicly, but from his previous records in public service, he has a lot to offer Deltans with his Delta Transformation Road Map, which he called “PROJECT TEAM”.

Responding, three coordinators from the three senatorial districts thanked the Governorship aspirant for giving them the opportunity to work towards the betterment and development of Delta State, assuring him of their utmost contribution to the success of his dream to govern the state.

They praised his unassuming disposition to people, as its one quality that many aspirants under the Peoples Democratic Party, PDP, have failed to display.

The inauguration was attended by select coordinators from 23 local government areas, while that of Okpe and Ika South East were absent due to other family engagements.