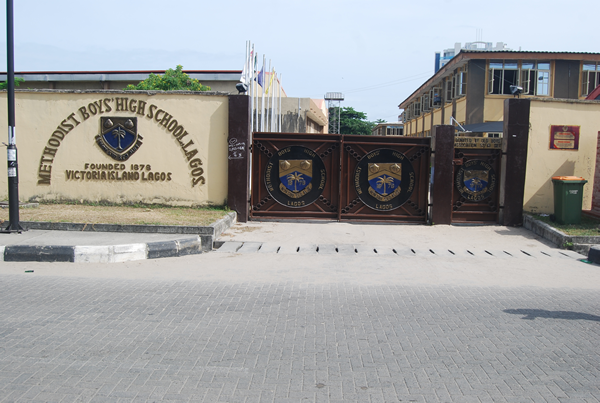 ONE morning in September, 1973, I donned my white shorts and shirt, blue, gold and maroon-coloured tie, white jacket, brown stockings and sandals. It was my first day at the prestigious Methodist Boys High School, MBHS, Lagos, founded in 1878.

It was a school of champions that had produced the country’s first President, Dr. Nnamdi Azikiwe and the incumbent Governor, when I resumed in the school, Mobolaji Johnson of Lagos State. I was walking into history.

One of the first things we were taught was the story of two 18th Century British brothers, John and Charles Wesley, who championed a mass revival movement in the church based on personal accountability and sanctification, and methodically following the teachings of the Bible. For this, their followers became known as Methodists: people who are methodical. The brothers championed the abolition of slavery, prison reform, women  empowerment, a spirit of selflessness, simple life style and a disdain for materialism. 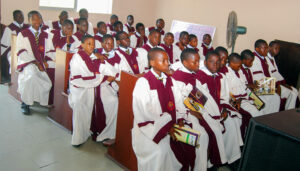 In 2001, the Governor Bola Tinubu government in Lagos State returned 48 seized mission schools, including MBHS, to their former owners. I was happy about this partly because under the military, 2.4 hectares of the new school land at 11, Sinari Adaranijo Street, Victoria Island,   allocated on October 14, 1983 to the MBHS by the government of Lateef Jakande, had been stolen. All that remained was the 3.3 hectares the Old Boys had been able to wrestle from the generals and land grabbers.

With the return of the schools, we were hopeful that the old school premises at 11, Broad Street, Lagos would serve as MBHS annex, like the Race Course campus of Kings College or be an income generating property for the school. But we were shocked to find that the church was only interested in seizing the property to the exclusion of the school.

I realised that this was the culture in the church. Two examples. The old Methodist Girls High School premises which logically should have been added to the MBHS when the latter moved in 1951, was rather leased to Shell.

When I was in MBHS, the principal’s house and staff car park were on the Marina with an adjourning gate to   the school compound. When I visited the place as an adult, I discovered the church had leased it to the defunct NAL Bank which built an 18-floor structure now called Sterling Towers.

Currently the church uses the old school premises as an event centre and car park. The prayer is that it does not go the way of the principal’s house.

Then in 2012, information filtered that the church had decided to seize part of the current school premises in Victoria Island to build blocks of commercial luxury flats. On May 22, 2012, the then Old Boys President,   Daniel O. Amusan, and National Secretary, Richard   Momoh,   wrote the then Methodist Prelate,   Dr. Sunday Ola Makinde that the church would not be allowed to seize school property for commercial purposes.

On July 11, 2012, Prelate   Makinde led a 17-member church delegation to a meeting with the Old Boys delegation which included former Governor Mobolaji Johnson, Senator Muniru Muse and Chief Tunde Fanimokun. The latter had submitted the application form and teamed up with another Old Boy, Dr. Olufemi Lewis, who was the Head of Service to the Lagos State Government, to get the land allocated to the school.

Prelate Makinde tried to bluff his way by saying the church owns the school and its property and that in the face of dwindling membership and funds, it can use any property to raise funds. It was also revealed that the church had on February 6, 2012 surreptitiously changed the ownership of the school land by obtaining a new certificate of occupancy in its name on part of   the school land. But the Old Boys stood firm insisting that the land belongs to the school and must be used for educational not commercial purposes.

Matters remained that way until nine years later when the church under the current Prelate, Dr. Samuel Chukwuemeka Kanu Uche, sent teams to build blocks of commercial flats inside the school compound.

The old Boys led by Mr Kolapo Sogbetun on November 2 and 9, 2021 met the church leadership to appease it. Prelate Uche gave two conditions. First, the Old Boys must   pay the church N30 million as refund for the cost of work it had allegedly executed on the site, and secondly, provide an alternative land for its business ventures. The Old Boys Association   agreed to both demands offering the church alternative land in the Lekki axis.   The Old Boys formally conveyed this to the church in their November 12, 2021 letter which included a pledge to assist the church build on its new premises.

The church leaders, perhaps seeing the ease with which the Old Boys agreed to   their demands, decided to add a zero to what is essentially the ransom fee. In a November 18, 2021 letter signed by its Secretary of Conference, The Rt Rev (Dr) Michael O. Akinwale, the church claimed that the N30 million sum demanded by Prelate Uche was “a mistake”. That the actual sum   is N300 million with an additional N90 million for “the approval plan and other documentation”. At this point, the Old Boys decided to call the bluff of the church.

Consequently, Prelate Uche gave a directive barring the Old Boys and their Secretariat staff from the school premises. The only concession was to allow the 144th Founders Day Anniversary on March 14 to hold in the school’s D. K. Olukoya Chapel, named after the Old Boy who singlehandedly built and donated the Chapel to the school. It is a wonder why the church would treat the Old Boys who built the large School Centenary Hall, blocks of staff quarters, laboratories, computer laboratory, e-library with dedicated laptops and many infrastructure in the school, including provision of water and a 60KVA generator, in a manner unbecoming of the followers of Christ.

The MBHS Old Boys have lived up to their learning in the school to be “Gentlemen of Broad Street” and to live the school motto rendered in Latin: ‘Non Sibi, Sed Aliis’ (Not For Us, But For Others).

On the contrary, the church   leadership has exhibited a preference for the use of force and a spirit of covetousness which the Bible advises against in Galatians 5. However,  they may find out that the meekness of the Old Boys, like that of Jesus Christ before he chased out the traders from the temple, does not mean stupidity.  But this is not a struggle for the MBHS Old Boys alone; since the      school is catering for Nigerian citizens, we collectively need to call the Methodist Church bosses to order.